In a letter addressed to the VC and in which the Education CS, the President and the Inspector of police have been copied, Manyara threatened mass action to eject the VC from his office. 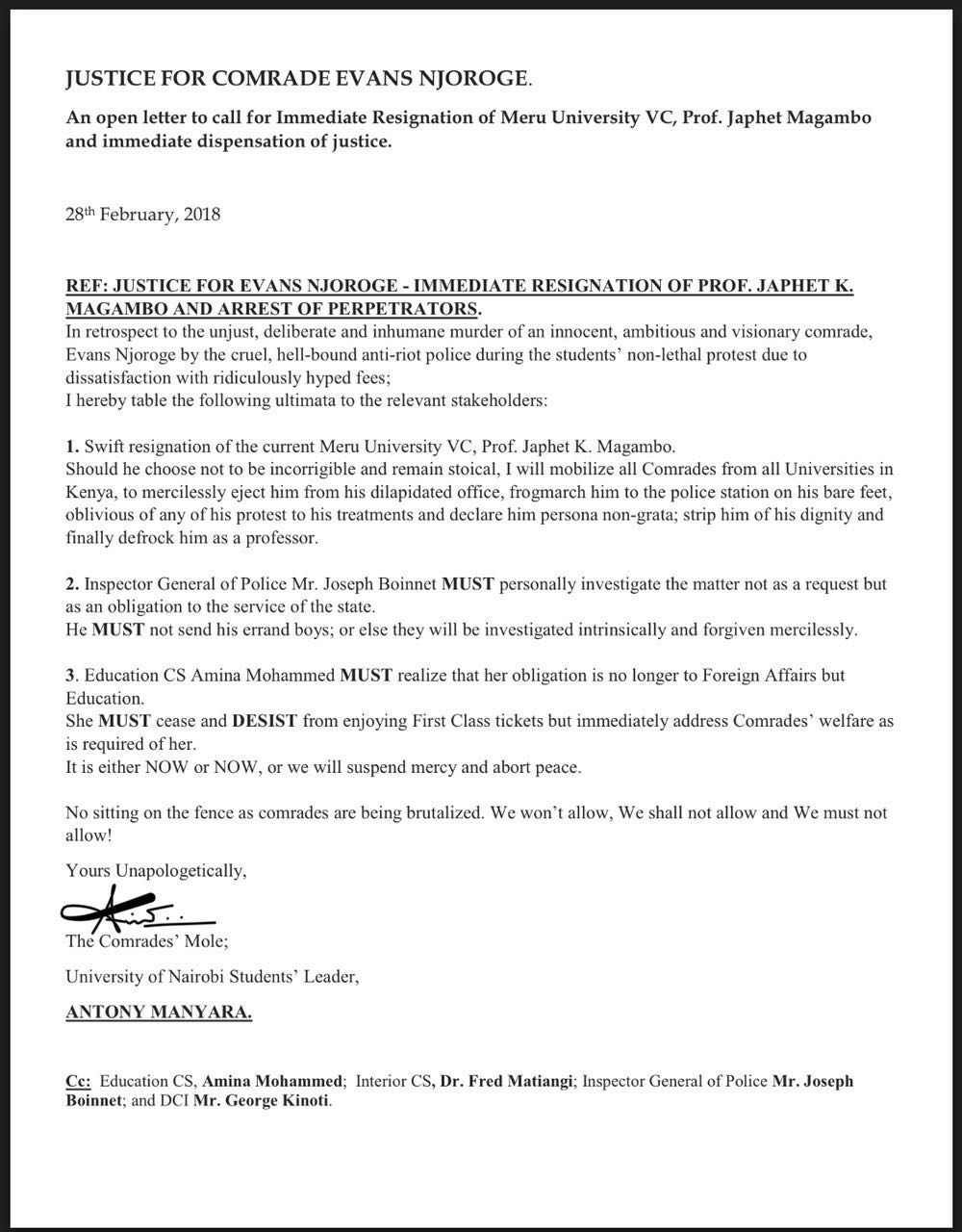 A letter addressed to the president, the Education CS and the inspector of police by the student leader. Photo: Antony Manyara/Facebook

Manyara who is eying the SONU chairperson slot also called the inspector of police to act and investigate the matter failure to which, students from across Kenya will carry out mass action.

In the same letter, Amina Mohamed, the newly appointed Cabinet Secretary for Education has been asked to act swiftly in getting to the bottom of the matter. 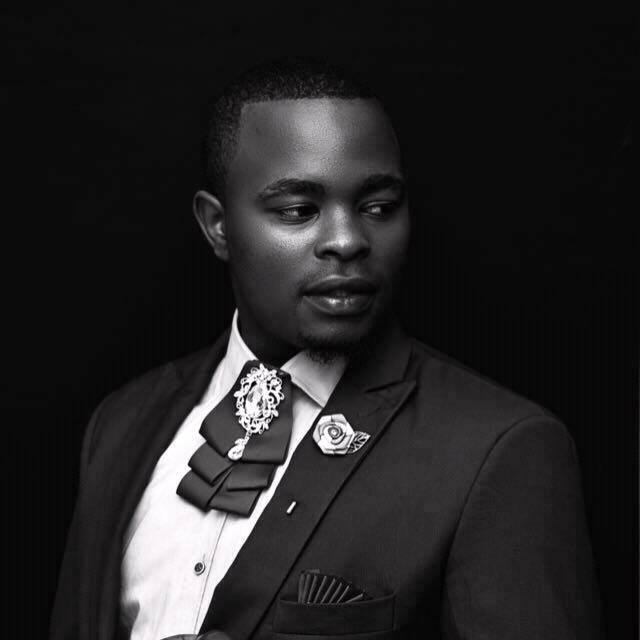 The whole drama began when students from the Meru University took to the streets to protest the hiked school fees.

Police officers reportedly pursued the fleeing student leader into a private property and shot him on the head. 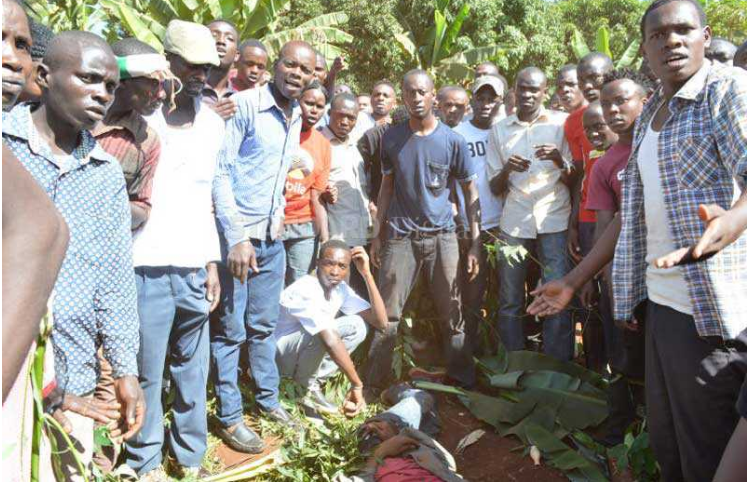 A student council chairman reportedly missed death by a whisker after he hid from police officers who were chasing him.