Nigerian sensation Davido will be in Kenya on Sunday, June 17 , for the much-hyped celebration of B-Club’s second anniversary.

His visit comes hot in the wake of American Rapper Rick Ross’s boss party at the upscale club located in Kilimani,Nairobi in April. 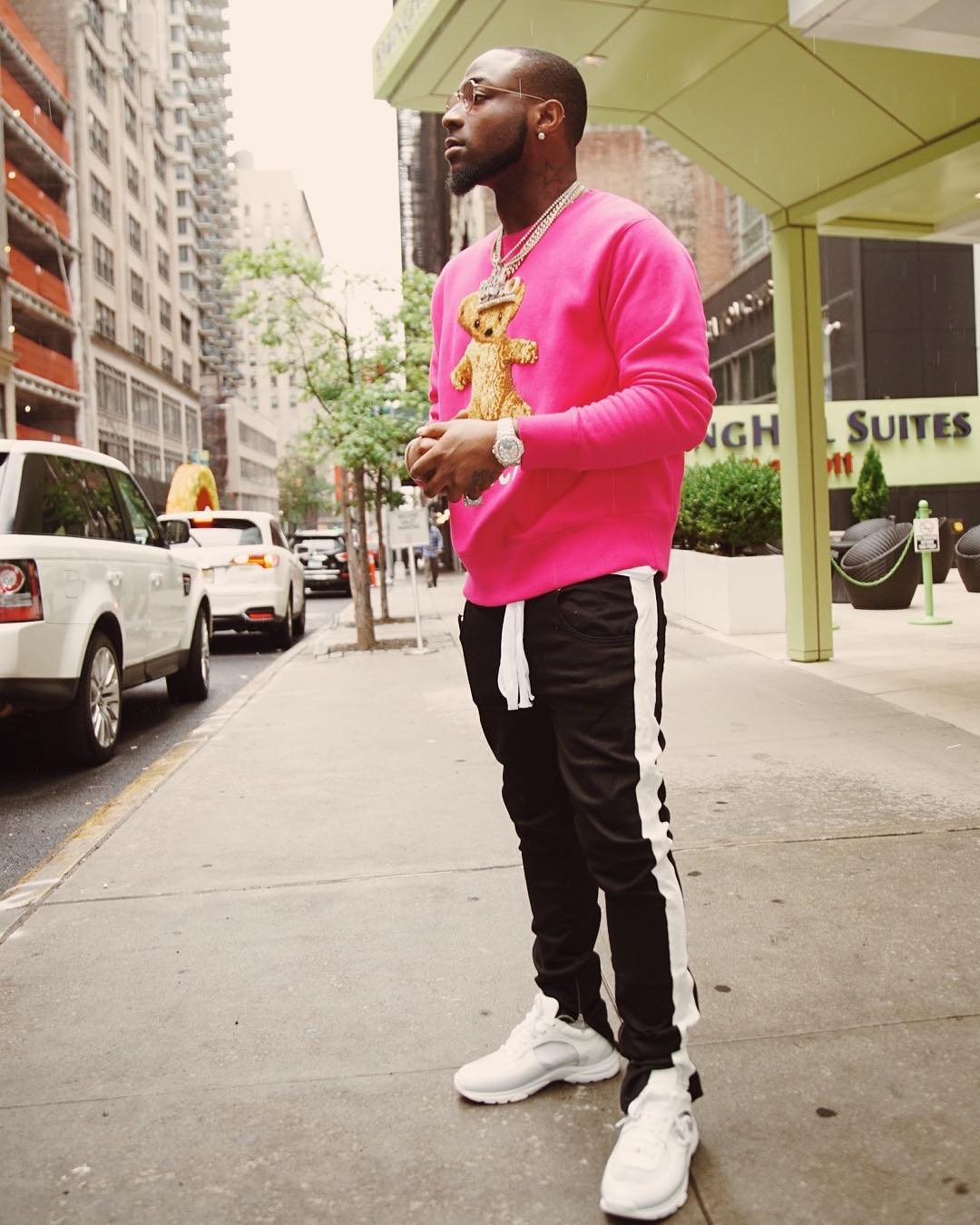 Rick Ross reportedly turned down monetary offers to appear at several clubs and instead, chose to meet his fans at B-club before his concert at the Carnivore.

Now, the Nigerian hit-maker will kick off the pool party show at 2pm on Sunday which will be a culmination of parties that he has held across the continent.

The singer will be in Tanzania on Saturday before jetting into the country for the revelry.

In posters seen by eDaily, the party which will be at the Diamond Plaza’s roof top will cost around KSh3,000 for men and KSh 5,000 for the ladies.

In addition to endless champagne showers, a Nigerian businessman who will be flying from France to celebrate his birthday in Nairobi has promised to dish USD 5000 to the the best dressed woman at the pool party. 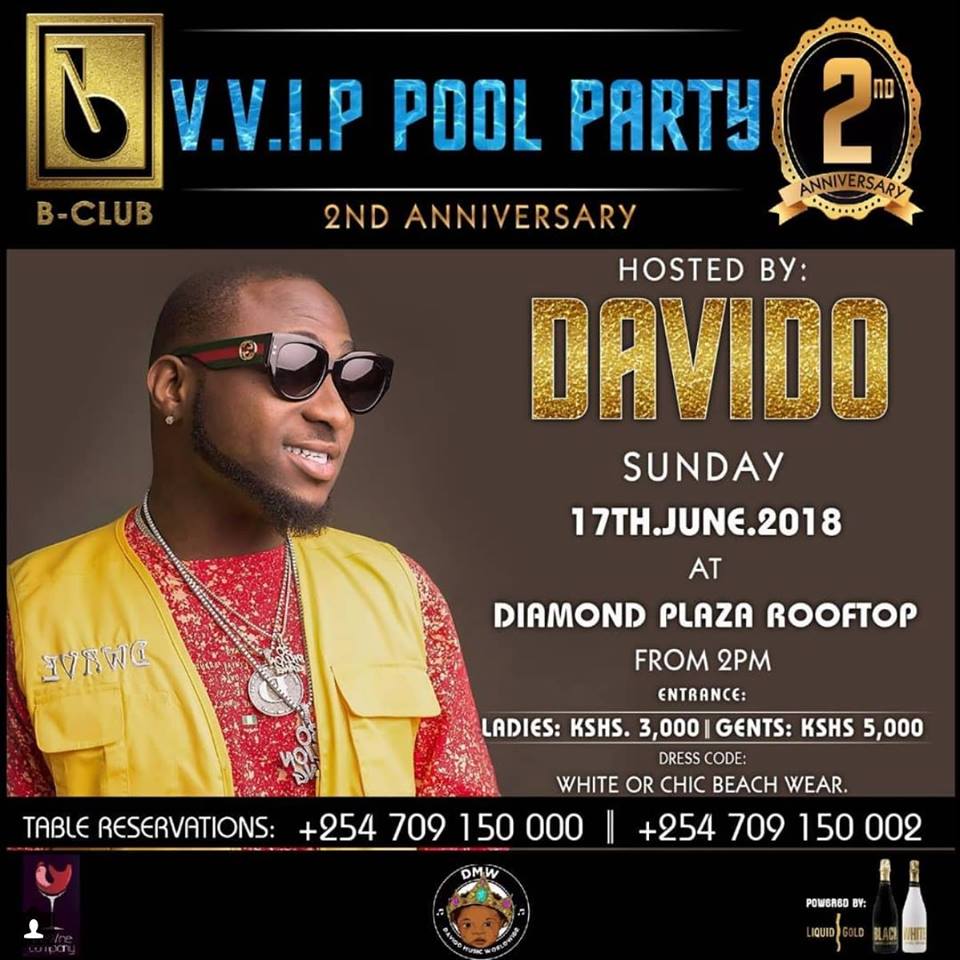 Davido will jet in from Tanzania where he wlll be having the 30 billion concert over the weekend. Photo: Bclub/Faebook

Davido has not been in Kenya in recent times save for a stint in June last year at the same club during the celebration of its first year anniversary.

The past year, the franchise which is owned by a Rwandese national has hosted top international acts from Omarion to Davido and closer home, Tanzanian’s Diamond Platnumz.

Revelers are advised to go dressed in white or fancy beach wear.