Kenyans on Twitter have demanded justice against a lawyer accused of forging the will of a dead client.

The lawyer is known for his powerful connections in and out of the country which have kept him out of jail.

The accused was also charged with forging a will dated 10th March 1997 purporting it to be a genuine will by the late Rodger Bryan Robson.
The advocate faces another count of uttering the false will to CPL Kamau at the DCI HQ.
#CrookedLawyerGuySpencer

The lawyer, Guy Spencer Elms, is accused of forging a deceased client’s will in the sale of a KSh 500 plot of land in Karen.

Last year, in a ruling by George Odunga, a High Court judge, Elms was asked to appear at a criminal court to present his case.

“Our criminal process entails safeguards, which are meant to ensure that an accused person is afforded a fair trial and the trial courts are better placed to consider the evidence and decide whether or not to place an accused on their defence,” Justice Odunga was quoted by businessdaily

Odunga asked Elms to present himself at a criminal court saying the lawyer had the liberty to appeal his ruling if he felt aggrieved. 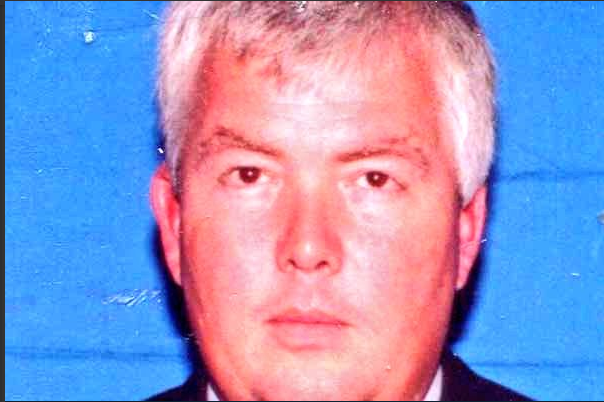 Elms was caught in the tempest after businesswoman, Agnes Mugure claimed that she was the rightful owner of the piece of land in Karen.

Mugure further claimed that she bought the land from its owner, Roger Bryan Robson, for KSh100 million in 2011.

Robson passed away 2012 and left his last will and testament with Elms- his then lawyer.

He told justice Odunga that he was apprehensive the crime busters might arrest, detain and arraign him in court on charges related to the written will of Mr Roger Bryan Robson (deceased) despite his pending appeal to stop the criminal trial.#CrookedLawyerGuySpencer

Mr Robson died in 2012 having left his will with Mr Elms, who was his lawyer.
DCI claims in a charge sheet that Mr Elms planned to transfer the property to himself and that the lawyer had started lining up a buyer to purchase the land. #CrookedLawyerGuySpencer

This #CrookedLawyerGuySpencer should be in jail for forgery yet somebody somewhere played trickery with justice and hence he is freely roaming the Earth.

The lawyer was, according to The Directorate of Criminal Investigations (DCI) was planning to transfer the land to himself.

He had even got himself a buyer to take the land for KSh 70 million before he was nabbed.

Elms seemed to bank on his shared racial status with the deceased, in gaining undue advantage in the land disputes.

He is also currently under scrutiny over the loss of his late client’s shares worth Kshs 500 million held in various accounts.