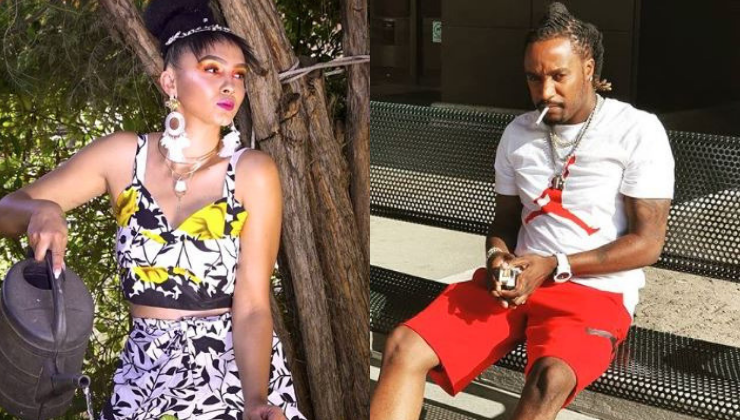 Kenyan songstress Yvonne Darcq has for the first time opened up on her rumored relationship with fellow industry heavyweight Kristoff.

Yvonne, speaking in an interview on Radio Citizen’s Mambo Mseto, refused to speak on whether or not she is dating the ‘Dundaing’ hitmaker; instead only stating that she has a crush on him.

She further stated that the two of them have worked together on a bunch of projects, adding that Kristoff also took part in the writing of her latest hit ‘Chinjiana’.

Mambo Mseto show host Willy M Tuva then reached out to Kristoff via phonecall but the ‘king of collabos’, as he is popularly referred to, also denied any relationship between himself and Yvonne.

He also, however, stated that she is his crush just as he is hers.

Yvonne is also a mother of two kids but, during the interview, she stated that she is now a mother of three; she however declined to reveal who the third child is.

This however only served to increase raise more eyebrows since rumors recently hit the airwaves about Kristoff having a child from a previous relationship.

It therefore remains to be known whether the two are actually dating and whether Yvonne Darcq’s third ‘child’ is the one Kristoff allegedly sired with another woman.

Below is the video to Yvonne Darcq’s new vide ‘Chinjiana’: