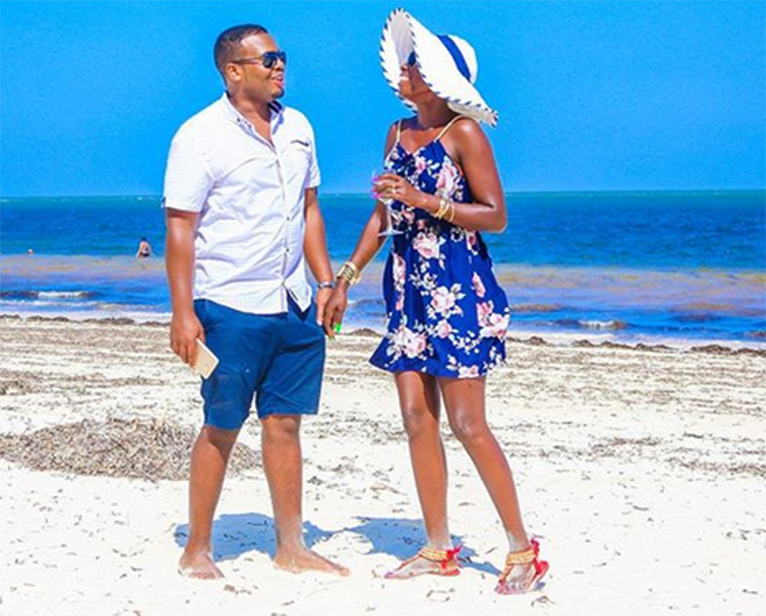 Taking to her official Instagram page on Sunday, December 17, Akothee revealed that she is dating Nelly Oaks, who until recently, online users were speculating to be the man in her life.

Akothee says she is ready to conceive triplets for Mr Oyugi.

Posting a picture of herself and Mr Oyugi strolling on the beach, while looking happy together, Akothee wrote: “I just want to have triplets for you, so they can abuse us in one pregnancy iishe. If we start dropping one after another, some will give up on the way due to lack of new insults. And you know we don’t need common insults we need new ones for every episode.”

Nelson Oyugi, on the other hand, said on Instagram that Akothee is her “territory.”

“YOU WON’T MARRY ME”

Akothee, who was set to walk down the aisle with her ex-fiancé in November 5, 2016, cancelled the ceremony, saying her then lover was “manipulative”, and that she was not ready to give in to his “controlling ways”.

Akothee explained that her man didn’t want her to go for the 2015 Afrimma Awards gala, which was held in the US, where the ‘Give It To Me’ hit-maker bagged an award for the Best Female Artist in East Africa.

“He told me to choose – and I chose music. Besides November 5 is Luo Festival, and I can’t miss Luo festival. Let’s see what happens,” Akothee said.

Nonetheless, she maintained she would like to get married – if she has time –saying she is a very open-minded person.

“And I don’t move into a man’s house. If we get married, he has to move into my house,” she firmly stated.

Akothee divulged that her then-fiancé met her when she was already wealthy.

“I don’t settle for less. I choose what I want and a man has to fit into my plans, I don’t fit in men’s plans,” she said.