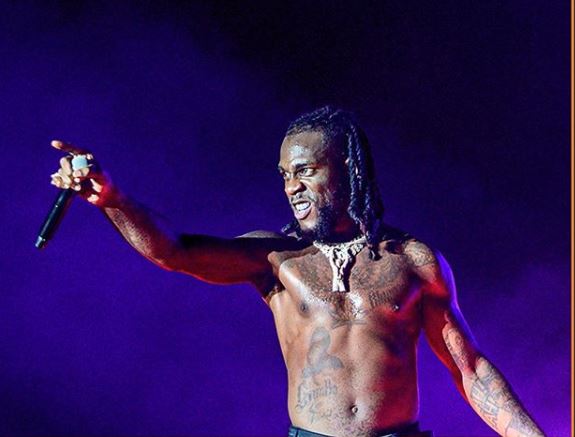 Nigerian star Burna Boy, who is possibly the most popular singer on the continent right now, may just have raised the bar a little higher as far as his performances are concerned.

The singer and songwriter, real name Damini Ebunoluwa Ogulu, has one more feature he expects from fans who throng his concerts other than just paying the entrance fee; he requests, nay, demands for fun!

The ‘On the low’ hitmaker recently kicked a reveler out of his Atlanta concert because “your face is not encouraging me.”

Burna Boy, in the now viral video shared online by OkayAfrica, even digs into his pocket and gives to the presumably male reveler money supposedly as a refund for his ticket and asks him to either leave the show or go to the back.

The 2019 BET ‘Best International Act’ award winner, while further asking the event security to escort the man out of the front row, says:

“The front is strictly for my die-hard Burna Boy fans… Everyone that understands what the f*** I do this for. Everyone that sees my sorrow, my sweat, my blood, my tears, that I put into this music and every performance.”

“Your face is not encouraging me.” 😂 If you're going to a @burnaboygram show… you've been warned! (via @OlaTheOG on Twitter)

The artist is however reported to have asked the fan back and apologized for his outburst, even further dancing with him.

The incident happened during Burna Boy’s Atlanta, United States, leg of his ‘African Giant’ tour named after his latest album.