A heartbreaking video of a Tanzanian woman screaming in agony while being whipped in public by a group of men went viral last week, sparking online fury.

Tanzanian authorities even launched a manhunt for the group of men. 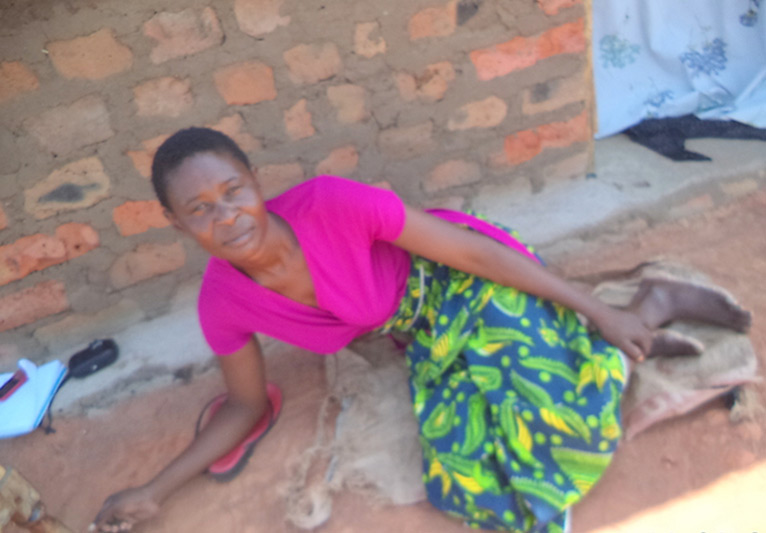 The woman, who Tanzanian media has identified as Ghati Chacha Makori aged 32, comes from Nyamuga in Rorya Province.

According to Uwazi Newspaper report, Ghati was flogged publicly by a group of elders upon her mother’s request.

Ghati says the group of elders caned her on the buttocks 50 times – and in the commotion, she lost her pregnancy of three months.

“The incident occurred on December 23, 2016 at around 2pm. I was at home with my family when two men approached me telling me to go see the village elders at their baraza. I told the men that I could not go because I was ailing, which was true. Instead of the men relaying my message, they placed me on a bicycle and took me to the baraza, where I found a group of 12 elderly men seated on benches in the shade.

“The elders did not inform me about the offense I committed. Instead, they sentenced me to 50 strokes of the cane without hearing my side of the story.

“They pushed me on the ground and caned me brutally on the buttocks, while stepping on my neck to ensure I don’t escape. I felt excruciating pain in my abdomen, and later realised I was bleeding from my private parts. That is how I miscarried.”

“Later, they called my mum Anna. It is then that they revealed why they beat me, saying my mum had told them I used the word ‘witch’ on her and that I denied she was my biological mother.

“My mother further complained that I had vowed to kill her after she refused to allow me sell my bricks. It is true she is my biological mother. However, I refuse to call her my mother because of the callous act she did toward me.

“I had made 5, 800 bricks at my mother’s compound. So, when I said I wanted to sell the bricks to offset a loan I had borrowed from friends, my mum refused. I don’t see anything wrong with me denying her. When she realised I was serious with my bid to sell the bricks, that is when she rushed to the village elders and reported to scare me,” Ghati said.

Her mother Anna Chacha Makori, 53, says she took her daughter for punishment because she disrespected her.

Tarime police boss Sweetybert Njewike says their efforts to look for Ghati have been futile since the council of elders declined to give information that can help trace her.