Police in Busia have arrested a middle-aged woman, who “lied” that President Uhuru Kenyatta has pledged Ksh.100 million toward construction of a multi-purpose hall at Nangina Girls’ High School in Funyula Constituency.

Last weekend, the secondary school held a fundraiser, which was graced by area Member of Parliament Oundo Mudenyo. 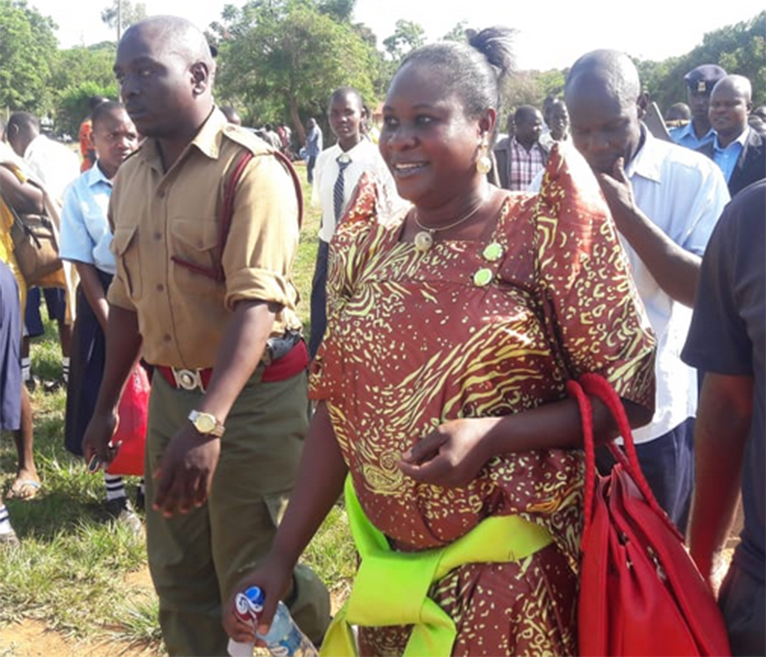 Dorothy Ogolla Khaduyu took to the podium during the harambee and claimed she had been sent by President Uhuru Kenyatta to issue the Ksh.100 million pledge. [PHOTO | EDAILY]

The woman, Dorothy Ogolla Khaduyu, took to the podium during the harambee and claimed she had been sent by President Uhuru Kenyatta to issue the Ksh.100 million pledge.

Attendees of the event, including parents and local leaders, were shocked by Ms Khaduyu’s claim, given she doesn’t hold any formal government office.

It was established that Ms Khaduyu has no connection, whatsoever, with the Head of State, when her identity documents were examined. 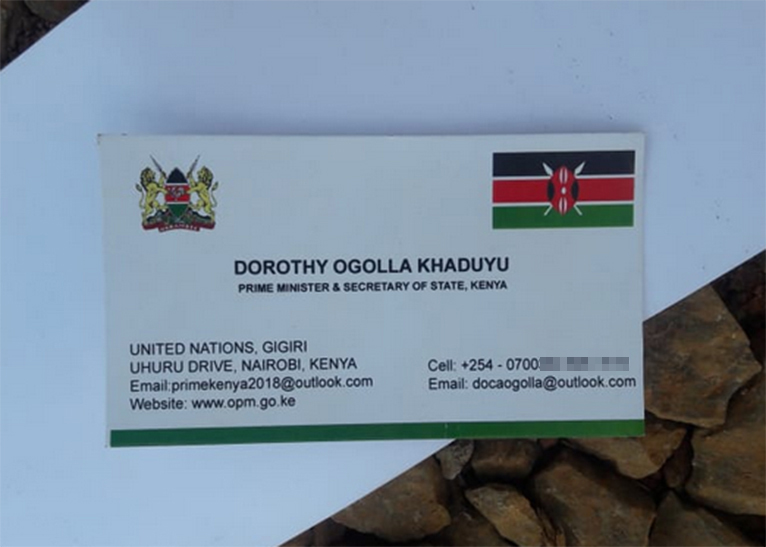 The suspect, in her business card, identifies herself as “Prime Minister and Secretary of State, Kenya”.

“When I inquired from the Deputy County Commissioner, he was unaware of the woman’s claim; when I called Education CS, Amb. Amina Mohamed, to establish the suspect’s claim, she [Ms Mohamed] was unaware of her allegations.  I also called Busia County Director of Education to confirm the claims; he denied knowing anything about the president’s contribution,” said area MP Oundo Mudenyo.

“We were, consequently, shocked. There is no way a whole Head of State can make such a huge pledge without involving the relevant departments. It was wrong for her to use the president’s name in making a false pledge,” said Mr Mudenyo. 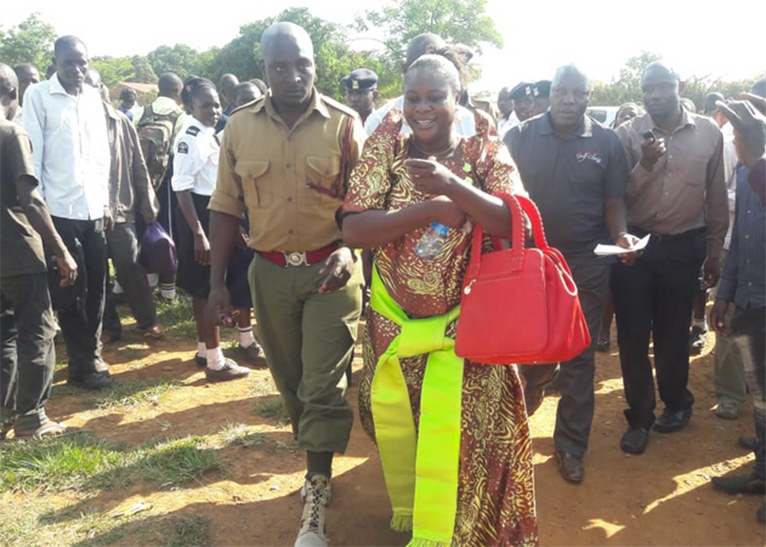 Ms Khaduyu was taken to Funyula police post, where she will be held until investigations are concluded. [PHOTO | EDAILY]

Further investigations into her identity have been launched, with MP Mudenyo alleging that she could be from Uganda.

The suspect is also set to undergo mental examination. 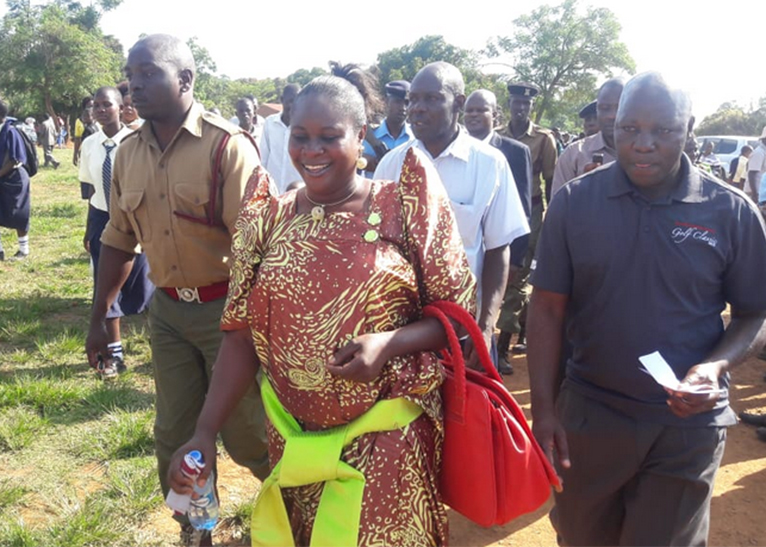