A woman with excess facial hair has ditched her razors and grown a full beard – and claims she has never felt feminine, reports Dailymail.co.uk.

39-year-old Rose Geil from Oregon in the United States first noticed she had excess hair sprouting when she was just 13 – and since then, she has been shaving – every day. 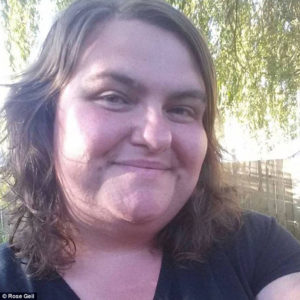 Rose Geil, 39, kept her stubble at bay for more than 20 years PHOTO/ROSE GEIL

She kept her stubble at bay for more than 20 years.

However, after a couple of decades of committed beard-cutting, Rose has now decided to accept her “natural” self and says she couldn’t be happier.

“Growing my beard has made me more confident. I feel pretty with my beard, and I never felt pretty before. It feels amazing being me,” she told the Dailymail. 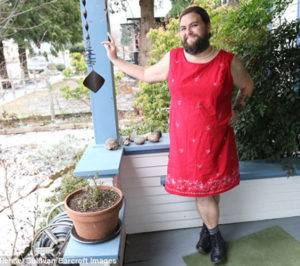 The tricenarian says her condition made her suffer low self esteem – and she would refuse to attend sleepovers, as she would wake up with stubble on her face.

“I was a little bit of an outcast at my school, I didn’t fit in, I didn’t wear the right clothes and makeup. My friends did not know, I hid it very well. It was exhausting trying to keep it hidden. I didn’t realise the emotional impact until I was older. I just thought it was regular teen angst when I was young,” she said.

Her mother would one day notice her beard when she forgot to shave. But instead of getting the support she wanted, Rose’s family decided not to discuss it.

While she hasn’t been officially diagnosed, Rose believes her hairiness is due to a combination of Polycystic Ovary Syndrome and genetics.

Throughout her teenage years and early adulthood, Rose was so embarrassed of her hair that she wore long sleeves and high turtlenecks to hide the fuzz on her chest and arms.

Laser hair removal procedures were ineffective and painful, she says.

And in order to have relationships with men, Rose had to overcome the hurdle of showing her body hair to her partners.

“Revealing my body hair in any relationship was of course very scary and difficult and I was lucky enough and had some understanding partners in my early twenties. It was more of an issue for me just being self conscious and worrying about revealing myself and facing rejection.”

But while her partners, friends and family were accepting of her fuzziness, Rose soon realised her biggest enemy was herself.

However, eight months ago, Rose cast off the razors for good.

“I was emotionally drained from trying to hide my beard every day and feeling like I was failing miserably. Growing my beard was an incredible experience. It was very difficult, daily emotionally and physically in the beginning because it was very uncomfortable, itchy and crawly. I had to fight the urge to shave,” she explained.

But within six weeks, Rose was sporting a full beard and had grown to love it.

“All of my friends and family are incredibly supportive – they really had no idea how much I struggled and how much it was affecting me. People on the street do look at me and do a double take, but their reactions are either positive or neutral,” said Rose.

“I have had people approach me in public and wanted to meet me and shake my hand and tell me I’m brave and courageous and even an inspiration,” she adds.

“Some of them get a little carried away, marriage proposals, offering plane tickets to come visit, inappropriate pictures you name it.”

And Rose has even had requests to sell her pictures – which she hasn’t ruled out.