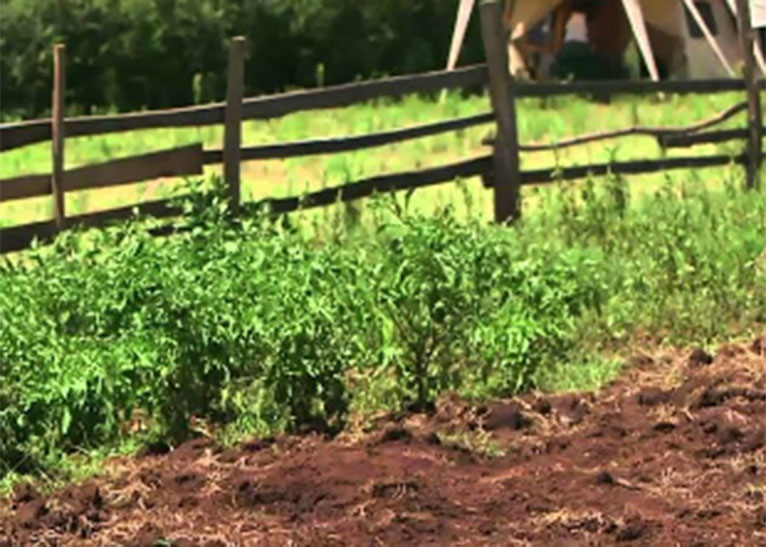 BY SHADRACK ILAVA IN KITUI COUNTY.

A middle-aged man from Mwingi in Kitui was nabbed naked on the farm of one of the residents of Kairungu Village in what the villagers term as a “witchcraft incident gone wrong”.

The suspect, identified only as Kyalo, who fellowships at GFBC Church in Kiomo, was alone in the firm during the 7am incident.

It remains unknown what he was doing in the garden, though police have taken up the matter.

According to one of the villagers, Justus Mwaniki, Kyalo had approached him Monday evening and said he would pray for him early Tuesday after denouncing special prayers that members of Mwaniki’s church had held for him on Monday.

Mwaniki says Kyalo had asked him to give him a goat in exchange for the prayers.

On Monday, local residents found him naked on the farm of a villager.

Area chief, Daniel Kyumbo, says the suspect confirmed to him that he buried human hair and a bottle containing yet-to-be revealed substances in the farm, paraphernalia he uses to dupe his congregants into believing that his prayers always yield results.

“Today [Tuesday, April 23] at 7am, I received a phone call informing me that one of the preachers at a church in Kiomo, Kairungu Sub-Location was found naked in the farm of local resident. I went to the said-farm and found it was Kyalo, who is a man well-known to me. I asked him what the problem was, and he told me: ‘I often pray for people, and, thereafter, put an object around their wrist. There is a place I have buried human hair and a bottle. So, after ‘praying’ for the victims, I tell them that there are evil spirits haunting them, and I take them to where I have buried the bottle and human hair and tell them that the objects are the ones responsible for their woes’,” said chief Kyumbo.

Another resident, Makatanu Mutemi, recounts how Kyalo allegedly duped her.

“He [Kyalo] is a close friend of ours, whom we fellowship with. He came to my house recently and said he would pray for me, but after giving him some sadaka. I gave him little money and, shortly after his prayers, he showed me a bottle that had strange things inside,” said Mutemi.

Justus Mwaniki, who fellowships with Kyalo, said he couldn’t resist his approaches for “special” prayers because “in church, we trust him so much. He is like the second in command after the lead pastor”.

“I am shocked to learn that he has been using questionable stunts to get money,” said Mwaniki.

Kyalo was arrested and taken to a Kitui police post as investigations continue.