Raila’s last born daughter, Winnie Odinga says she would rather have stayed in Zimbabwe instead of coming back home.

Winnie had accompanied her dad to Harare for the funeral of the late opposition leader, Morgan Tsvangirai.

Tsvangirai, an opposition leader of repute  succumbed to Colorectal cancer on Wednesday, February 14.

Raila who has had close relations with the late was among dignitaries who graced the high-profile funeral.

The experience in Zimbabwe seems to have rattled the daughter of the opposition leader who did not hesitate to throw a jab at the Jubilee government. 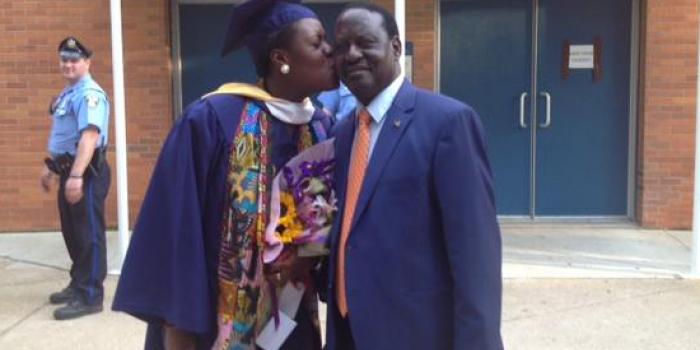 Winnie’s update on Facebook was spurred by a worrying report on Kenya’s out-of-hand borrowing:

The accepted debt levels according to the the IMF for frontier economies is 50.0% of GDP. Already Kenya is 6.2% above those levels

What this means is that Kenya will have to use close to 40.3% revenue raised from tax collection to finance debt payments for the year 2017/2018.

Raila has in the recent past put the government on the spot over heavy borrowing saying the debt would cast Kenya into a crisis.

In 2017, Zimbabwe’s foreign debt stood at more than USD 7 billion which around 50% of the country’s GDP.

So Winnie may have to stick around?