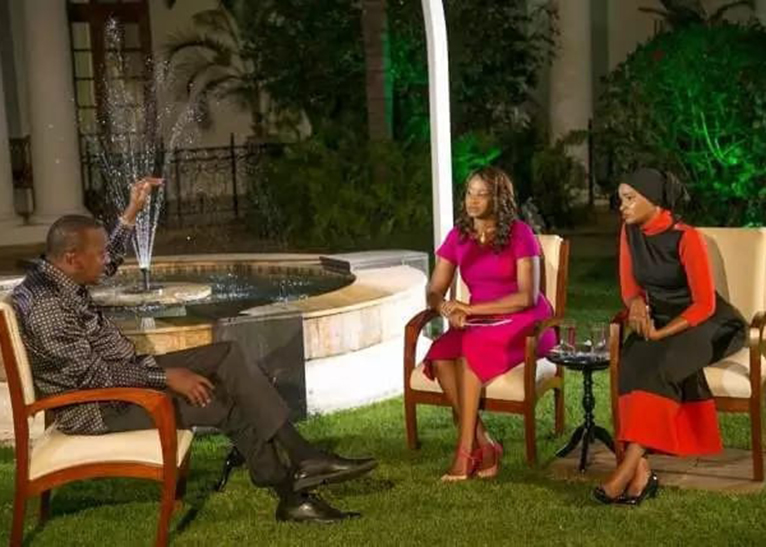 The picture shows Lulu and Kanze listening as President Kenyatta responds to one of their questions in an exclusive interview. [PHOTO | COURTESY]

The picture, hung strategically on the wall, shows the power duo Lulu and Kanze listening as President Kenyatta responds to one of their questions in an exclusive interview, which was televised live on Citizen TV on March 19, 2017.

In the picture Ms Dena, who is currently the State House Deputy Spokesperson, sports a purple dress, while Ms Hassan dons a black-and-red maxi dress. The interview was conducted in a garden within State House compound.

A source, who is a regular visitor at State House, told EDAILY that the picture of Kanze and Lulu is the only one – of journalists – that the Head of State has proudly displayed on the walls of State House.

“The picture is mounted on the wall at a very strategic area in State House; you can’t fail to see it; whether walking in or out of State House,” said the informant.

“The president admires the two journalists’ style of news delivery, and interviewing techniques. That, probably, explains why he showed admiration to them by hanging their picture on the wall of State House. Not every other public figure, let alone journalist, easily gets such recognition,” added the source.

This information was unknown to the public until Wednesday, July 11, when President Kenyatta tweeted a picture showing him walking past the Kanze Dena, Lulu Hassan photograph while in the company of outgoing German Ambassador to Kenya, Jutta Frasch. 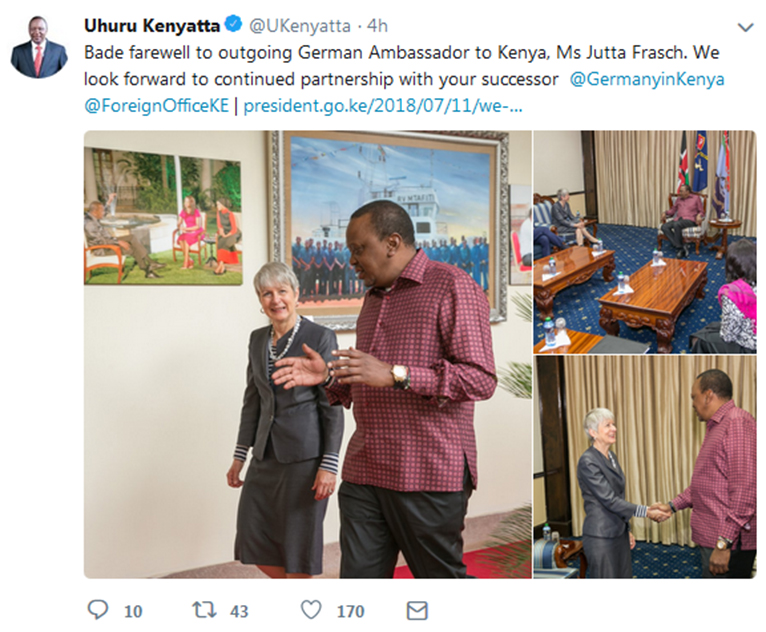 The Kanze, Lulu picture means a lot to the Head of State that he tweeted about his March 19, 2017 interview the following day at 11am, attaching pictures of the two ladies interviewing him. 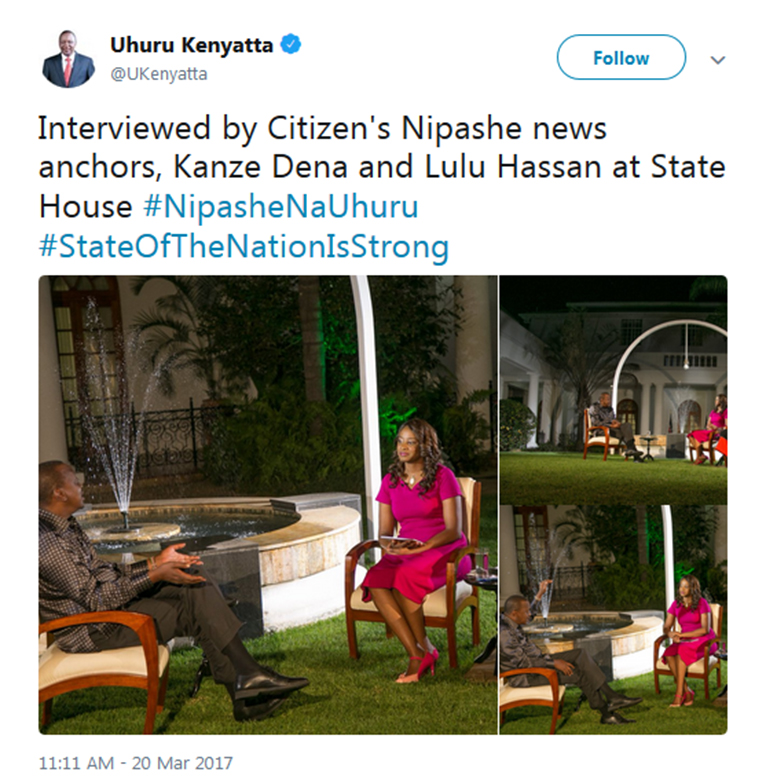 Other pictures hung on the walls of State House are those of the Head of State and his deputy, William Ruto, shaking hands and laughing together.