Popular Jubilee blogger Pauline Njoroge has caused a ruckus on social Media after copying a look from one of the world’s most stylish women, Kate Middleton. 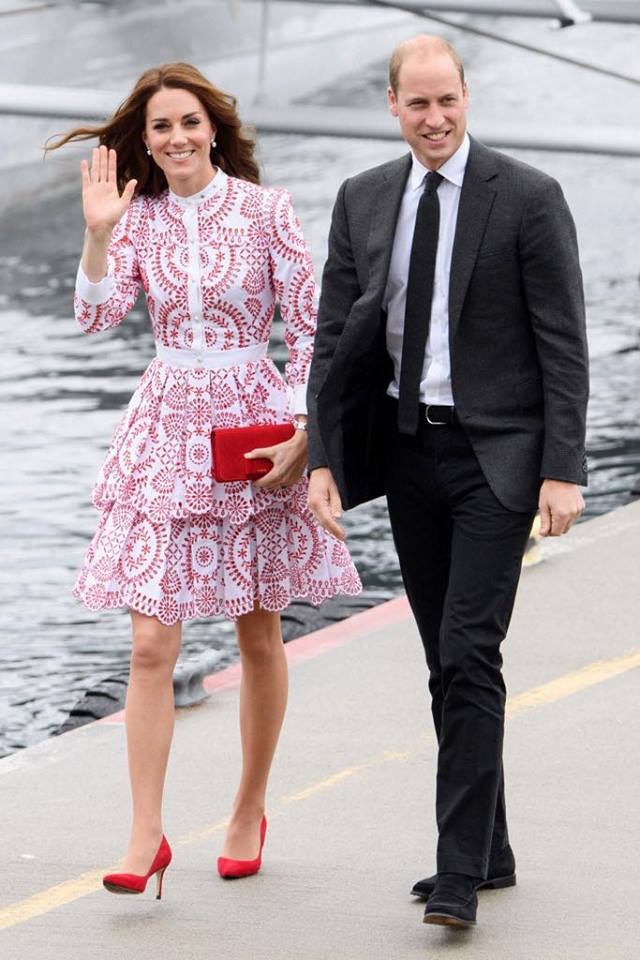 Kate Middleton accompanied by her husband during a visit to Canada. Her dress was from a collection by Alexander MacQueen’s 2017 collection. Photo:Foxnews

The Facebook-famous Miss Njoroge wore a tiered white and red dress which was made famous by the Duchess of Cambridge during her visit to Canada. 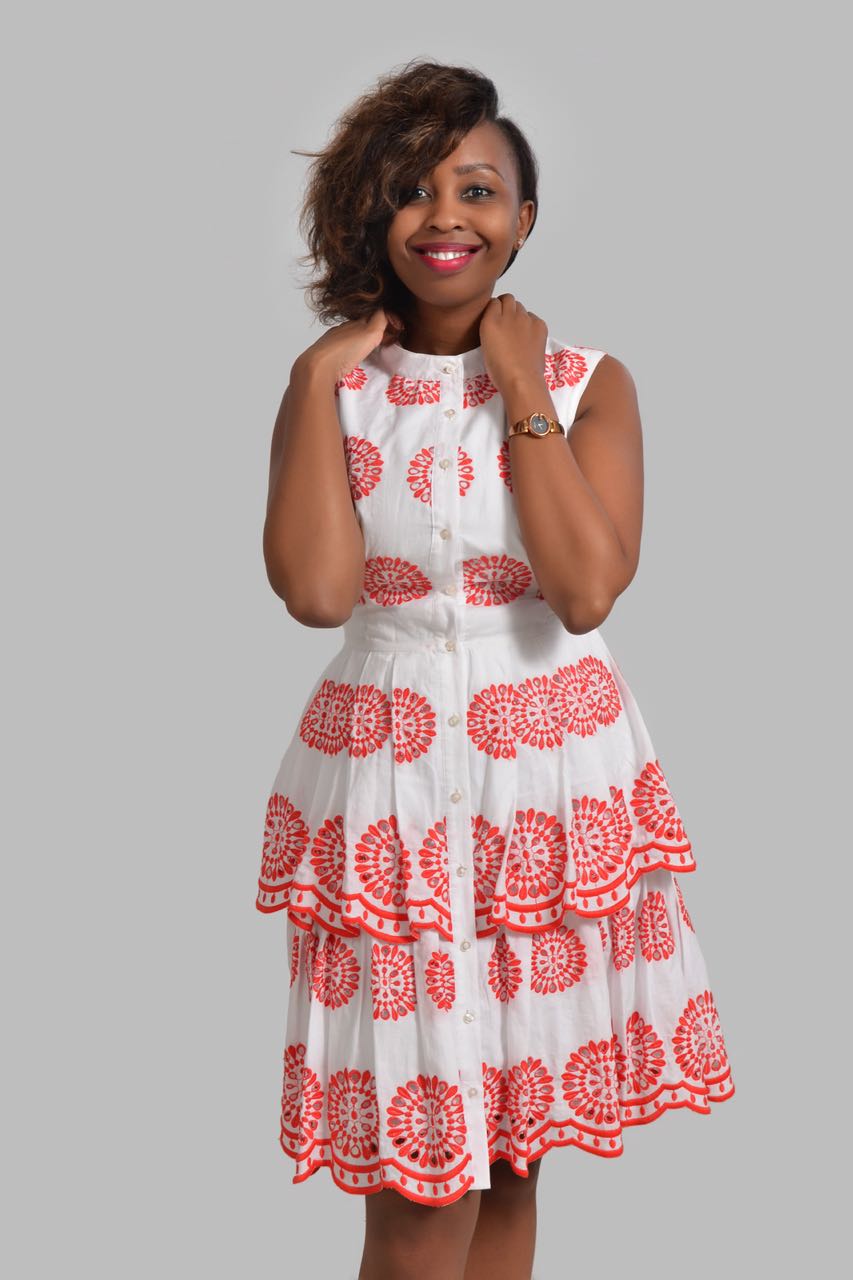 A similar dress as worn by Jubilee’s Pauline Njoroge who says that she bought hers in the US inspired by the Duchess’s sartorial elegance. Photo: Facebook/Pauline Njoroge

Kate’s lavish dress featured a Mandarin-style collar, button detail and was inspired by the colors of the Canadian flag.

It was from a 2017 collection by the renowned designer,  Alexander MacQueen.

According to the price listing on the Alexander MacQueen’s website, the dress would set your bank account a cool KSh 645,000 back. 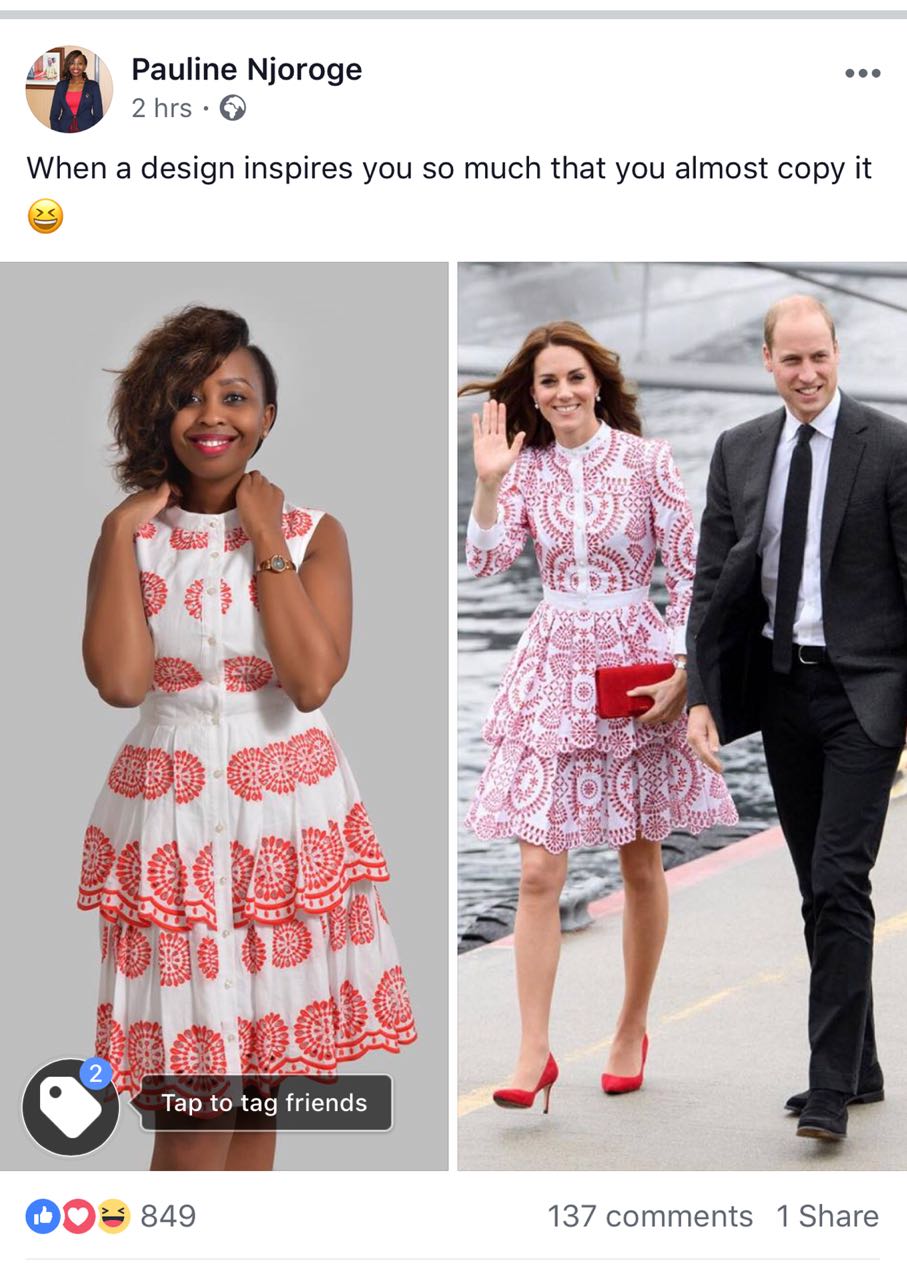 Pauline Njoroge and the Duchess of Cambridge rocking a similar dress in two different occasions. Who wore it better? Photo: Pauline Njoroge/Facebook.

On the other hand, the Jubilee femme-fatale rocked a similar version of the dress that she bought in the United States and made a few alterations in Nairobi according to her post on Facebook.

It is however, the uncanny resemblance and the dresses’s aesthetics that attracted hundreds of comments on social media from tweeps and even politicians.

Sample some of the reactions below:

Followed by hundreds of other excited Kenyans… 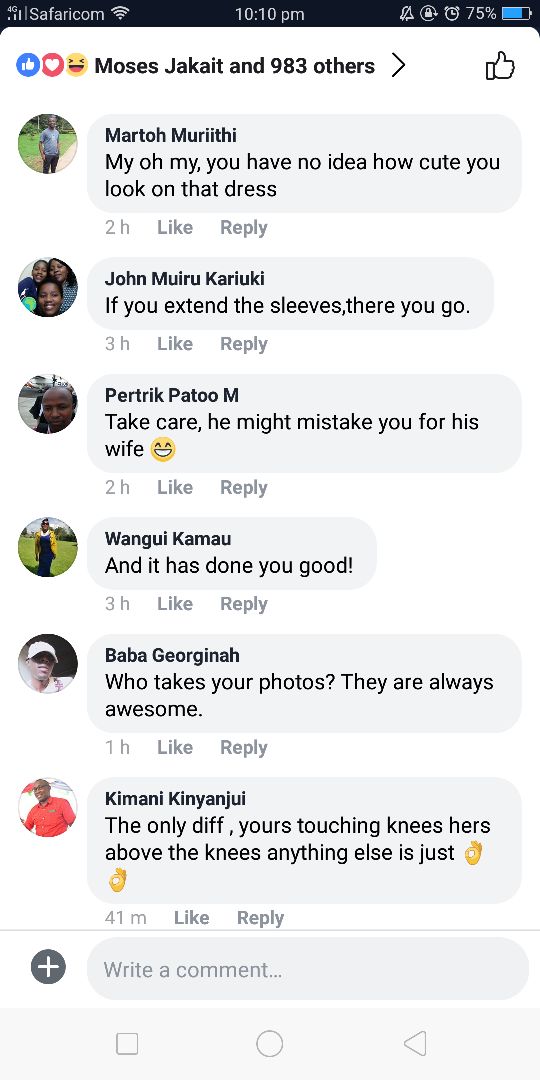 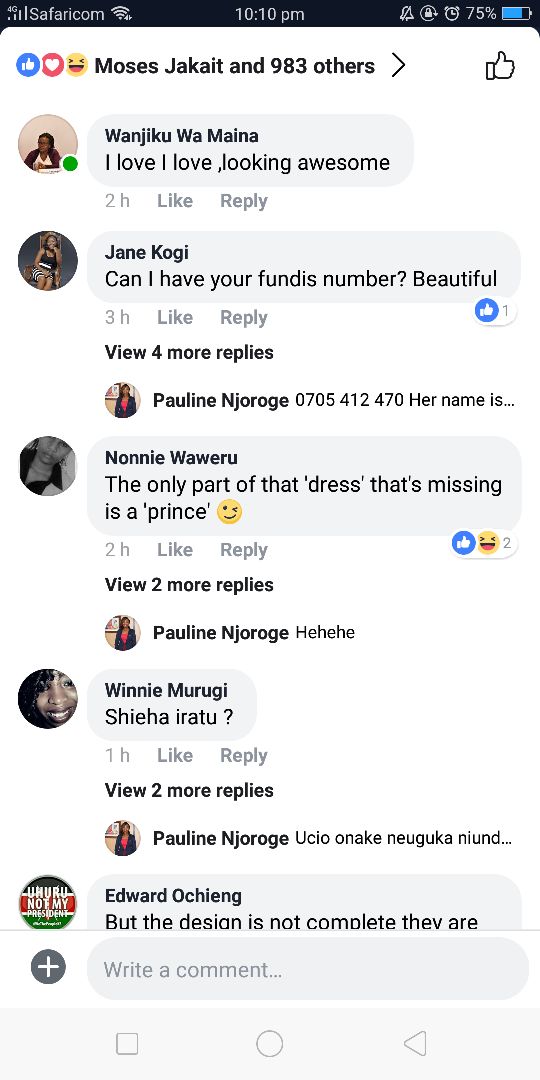 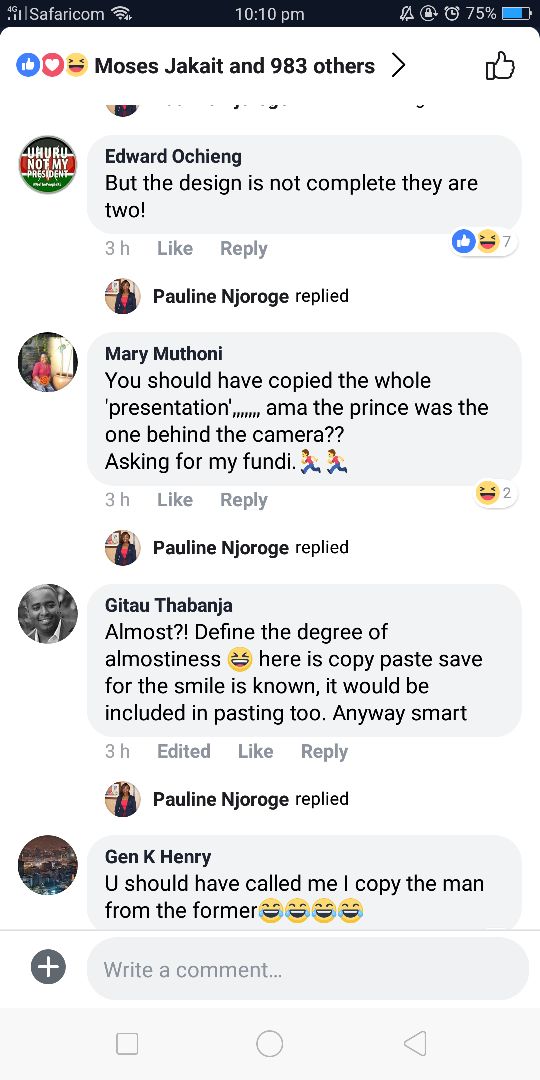 So, the big question is… who wore it better?