A picture of Deputy President William Ruto back in the day has surfaced online – and social media can’t cope.

In the image which was shared recently by unknown online user, shows the DP posing for a photo alongside two of his colleagues – ostensibly students at University of Nairobi – at a place christened “jobless corner” near the Hilton Hotel in Nairobi’s CBD area.

Standing at attention and clad in a checked T-Shirt, a belt, navy blue pair of jeans trousers and simple black shoes, the Deputy President doesn’t look way different from the person he is today – except for coming across as visionary and more of a “hustler” in the throwback photo. 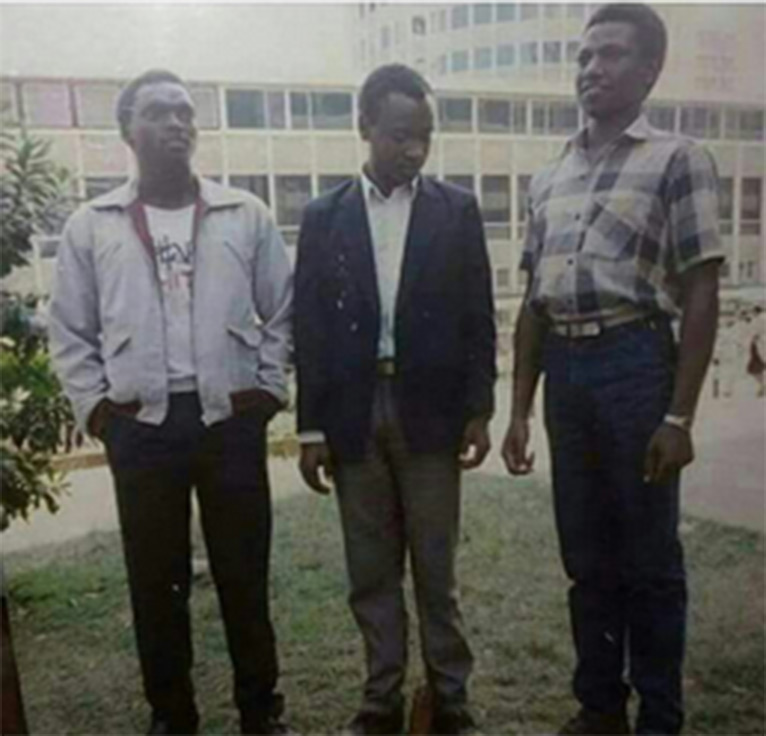 An online user commented on the photo: “When you say you will be the Deputy President one day and your squad member is already doubting your shoe game (adds laughing emoji).

In March this year, pictures of the DP as an ‘evangelist’ back in the day were shared on social media, sparking online excitement.

One of the images showed the DP carrying a Bible on one hand and what appeared like a still camera on the other. 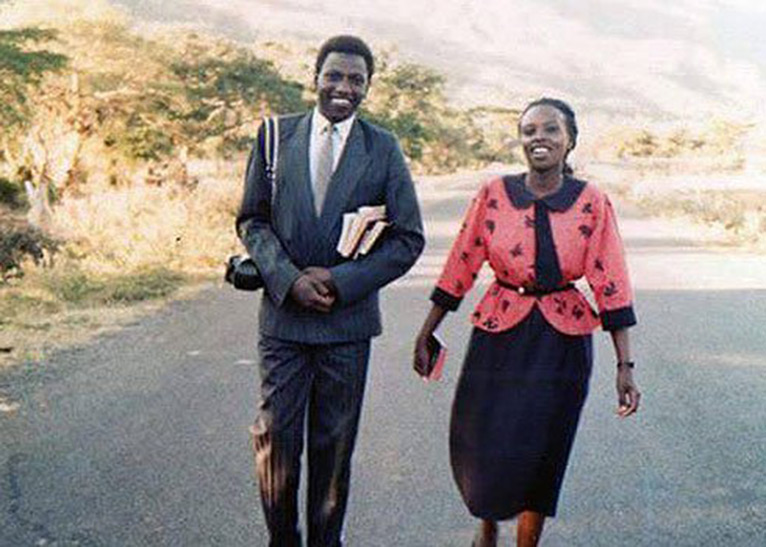 In another photo, DP Ruto is accompanied by two unidentified people where they are shown as if they are belting out a gospel tune.

Another shows him walking with an unidentified female companion.

It is not known which year the pictures were taken and in which location, but what is crystal clear: a hustler rose to the rank of second most powerful man in Kenya when Uhuru Kenyatta was elected President in 2013. 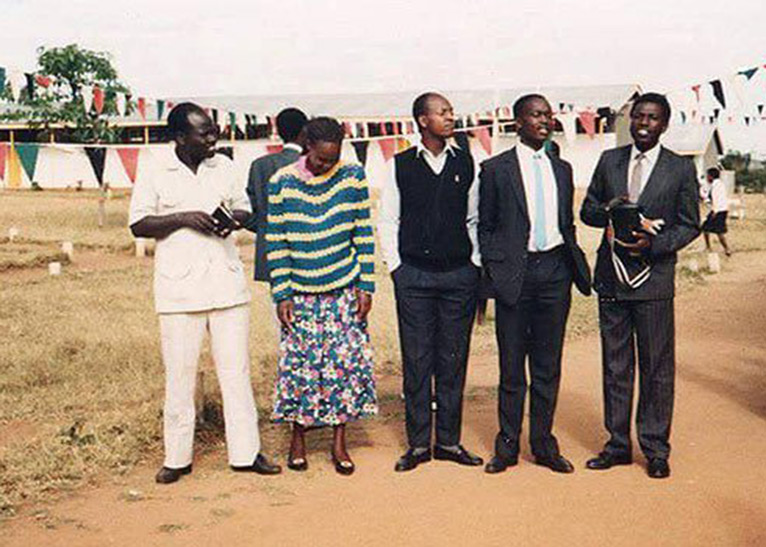 Ruto was born in December 21, 1966 in Kamagut, Uasin Gishu County to Daniel Cheruiyot and Sarah Cheruiyot.

He attended Kerotet Primary School for his primary school education then joined Wareng Secondary School for his Ordinary Levels education before proceeding to Kapsabet Boys, Nandi for his Advanced Levels. He then went on to receive a BSc (Botany and Zoology) from the University of Nairobi, graduating in 1990.

He was also a member of Christian Union where he served as Chairman. He was ranked the best student in his class. He later enrolled for MSc in Environmental Science, graduating in 2011. He is currently pursuing a PhD from the same University.

The DP, while in high school, sold chicken and peanuts at Kamagut Market on the Kenya-Uganda highway to raise school fees.

Today, the DP is a powerful politician and businessman who has interest in the hospitality industry and insurance.

DP Ruto’s rare photos back in the day