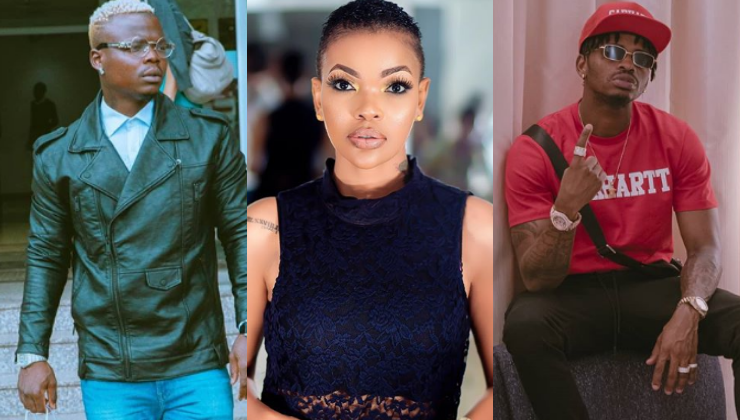 This may come as a shock to many considering the fact that Diamond is widely viewed by many as the biggest name in the East African showbiz space.

However, speaking to Tanzanian journalists last week, the former Miss Tanzania stated that the musical capability and present success of Harmonize has already eclipsed that of his boss, WCB Wasafi records founder Diamond.

(“Harmonize’s label/brand has surpassed Diamond. I am not sure by how much but it has.”)

According to Sepetu, the ‘Never Give Up’ hitmaker can easily do a lot more by himself without necessarily relying on WCB Wasafi records.

Her remarks come after a widely circulated rumour hit the Tanzanian showbiz scene that Harmonize was allegedly trying to outshine Diamond and take over his spot.

During an interview on Wasafi TV, Harmonize however dismissed the claims saying he was proud to be compared to Diamond whom he looks up to.

(When I read such comments I just feel proud. I believe Diamond is proud of that, he is the one who made me the ‘Harmonize I am today so I believe he is proud.)

The growth of Harmonize as a musician has caught the eye of many music pundits and his fame continues to soar beyond East Africa going by his recent collaborations with various acts across the continent including Nigeria’s Burna Boy.