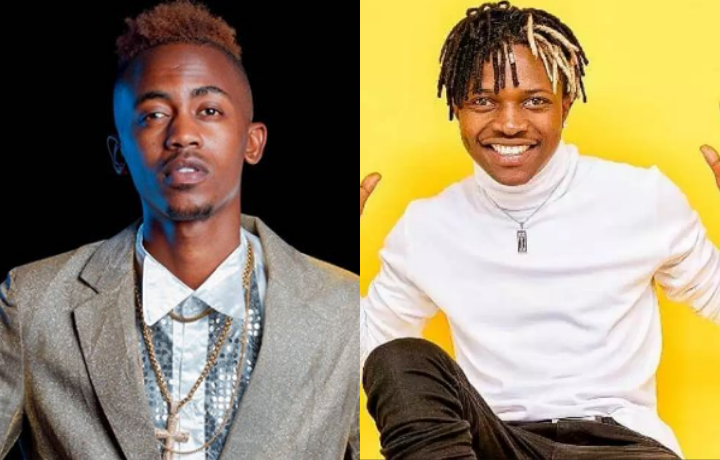 Gospel singer Weezdom has come out to rubbish claims that he was paid to tarnish the name of fellow artist Mr. Seed.

This comes after reports hit the headlines in recent times that Mr. Seed cheated on his partner, and mother of his child, Nimo Gachuiri.

According to the reports, the ‘Simama’ hitmaker allegedly forced himself on a female fan; claims which have since forced Mr. Seed and Nimo to deactivate their social media accounts.

The couple has since reportedly accused Weezdom of being used by a few individuals in the Gospel industry to spread the reports and malign the singer’s name.

However, in an interview on Radio Citizen’s Mambo Mseto, Weezdom denied the claims and refuted any involvement in the scandal.

According to the ‘Wabebe’ singer, he approached Mr. Seed and advised him on how best to handle the situation when he first caught wind of the reports a while back.

Weezdom now says Mr. Seed needs to first accept that he slipped and then apologize to his accuser, the lady, as well as to him (Weezdom.)

An emotional Weezdom, breaking down in tears, advised Mr. Seed to “carry your own cross” and “own upto your mistakes.”

[How does it involve me when someone sleeps with another woman and they’re caught? Where this Gospel industry is currently, it is high time we stopped blaming the devil or friends or any other person when one is caught in a scandal.]