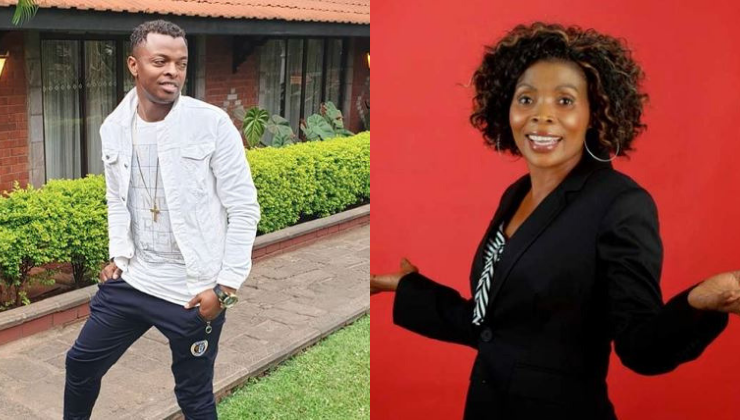 ‘Walionicheka’ is a Swahili word which loosely translates to ’those who laughed at me’.

The two, in the song, seemingly hit out at critics they perceive made fun of them during their relatively low moments.

Rose Muhando made headlines in the recent past after a video showing controversial Neno Evangelism Center pastor James Ng’ang’a allegedly performing exorcism on her went viral after which she was subjected to heavy criticism online.

She was later reportedly taken in by a friend and fellow Gospel musician who oversaw her recovery.

Ringtone, on the other hand, has been a regular on the limelight.

The singer at first attracted public criticism by publicly announcing that he was looking for a wife; he has since been spotted at numerous places – including churches – with a placard bearing his details seeking to be contacted by a prospective partner.

He was at one point even arrested by police on the grounds of creating public disturbance outside one of the top Nairobi churches.

The ‘Natafuta bibi’ hitmaker has continued to gain more criticism by continuously expressing his open dislike for singer Willy Paul.

‘Walionicheka’, the new banger by the two stars who are presumably voicing their rise back to the top from the bottom, was released on Thursday and has since garnered over 37,000 views as at the time of publishing.

Below is the video for the song: