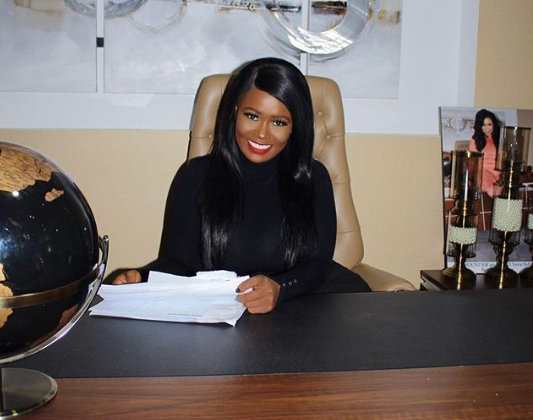 Kenyan socialite-cum-businesswoman Vera Sidika has come out to say she does not wish to be viewed as a role model by anybody.

Speaking during a recent interview on Citizen TV, Vera urged the youth not to follow in her path hoping for success just because it worked for her.

“I really don’t like to be people’s role models because I believe one should be responsible for their kids and their upbringing. People should focus on being a better version of themselves and not someone else,” she said.

Vera has in the recent times come under a storm on social media after posting a photo of her looking all dark again despite having bleached a few years ago.

The socialite is on record saying she splashed close to half a million shillings to bleach her skin abroad.

It therefore came as a shock to many of her followers when she recently reappeared – in a photo postred on Instagram– looking all dark again.

The ‘Mimi’ singer however stated that, regardless of colour, a human being remains the same in their souls.

“When it comes to life in general, you cannot judge someone by how they look, to me its more of the person you are on the inside….whether light skin or dark skin, am still the same person,” she said.