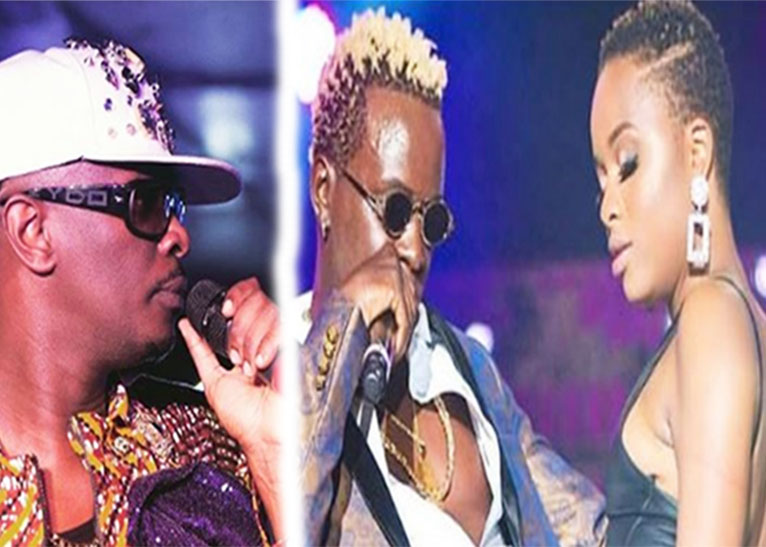 Gospel musician Willy Paul has been on the receiving end for staging what a section of online users termed as a raunchy performance on May 31 at the KICC, Nairobi.

In controversial pictures doing the rounds on social media, Willy Paul is seen singing on stage while Tanzanian sensation, Nandy, is on her knees as she wraps her hands around the waist of the Kenyan act.

The performance was, deservedly, deemed to be “too risqué” by a supposed gospel artiste.

Defiant, Willy Paul posted the pictures on his Instagram page on Monday and Tuesday, attracting thousands of comments, with a bulk being condemnatory.

In one of the pictures showing Nandy gyrating suggestively on his waist, Willy Paul said: “We [Nandy and I] are still alive. There was a [road] accident, but no deaths were reported. Sumbawanga, tuko njiani [for the Nandy Festival], said the “Fanya” star.

One of the famous people, who commented on Willy Paul’s post, is veteran Kenyan musician, Nameless, who suggested that the “Sitolia” hit-maker is doing things which are not representative of the faith he [Willy Paul] represents.

Nandy and Willy Paul are set to perform at Sumbawanga in Western Tanzania later Wednesday.

The two musicians have collaborated in two successful songs called “Njiwa” and “Hallelujah”.

They last performed together at the Choma na Ngoma Concert, headlined by Nigeria’s Patoranking, on May 31.

A bus carrying the musicians’ team headed to Sumbawanga was involved in a road accident at Mikumi area in Morogoro on Monday night.

The occupants suffered minor injuries, with no fatality reported.