Local villagers including boda boda operators on Thursday clashed with rioting students of Multimedia University in Rongai, Nairobi County after the students took to the street and barricaded the busy Magadi Road to protest the death of one of their colleagues who died on Sunday, September 25.

The riots, which started at 8 AM, paralysed motor transport on the road, with the students vowing not to clear the road until their demands have been met.

Counting lost business after they could not ferry passengers to and from Rongai town, boda boda operators clashed with the students, engaging them in running battles. The two camps pelted each other with stones for the better part of the afternoon.

He urged students to carry on with their protests, telling them they should not relent even in the face of mounting pressure.

They, however, released one of the bodabodas  but proceeded to burn the other.

But in what could be seen as an unfortunate turn of events, the students had earlier on joined Ongata Rongai residents in staging a demo against reckless matatus, before turning against the residents in the afternoon, vowing to allow no cars to use the road until their grievances had been addressed.

Speaking to eDaily, Multimedia University Student President Simeon Omoyo Maranga vowed that the demonstrations would proceed until the National Transport and Safety Authority conducted a major crackdown on reckless drivers plying the route. 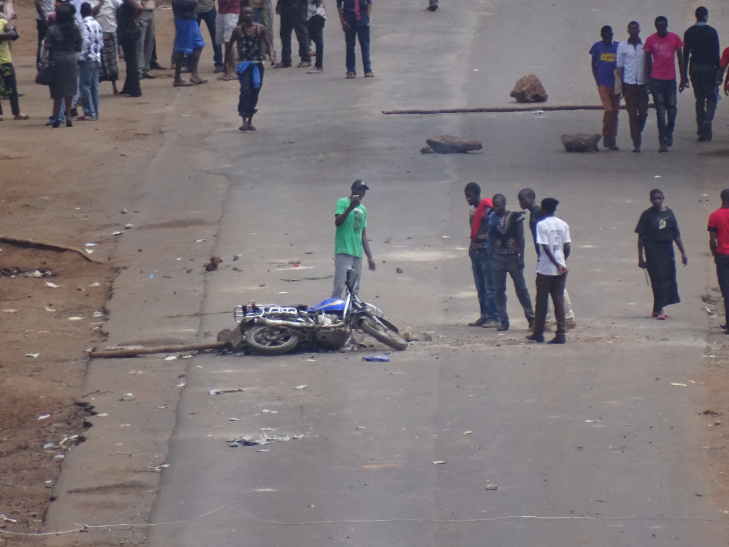 “We are really dissatisfied wit how the government has been handling this issue. We will be on the roads until they enforce all rules, especially the Michuki rules,” added Maranga. 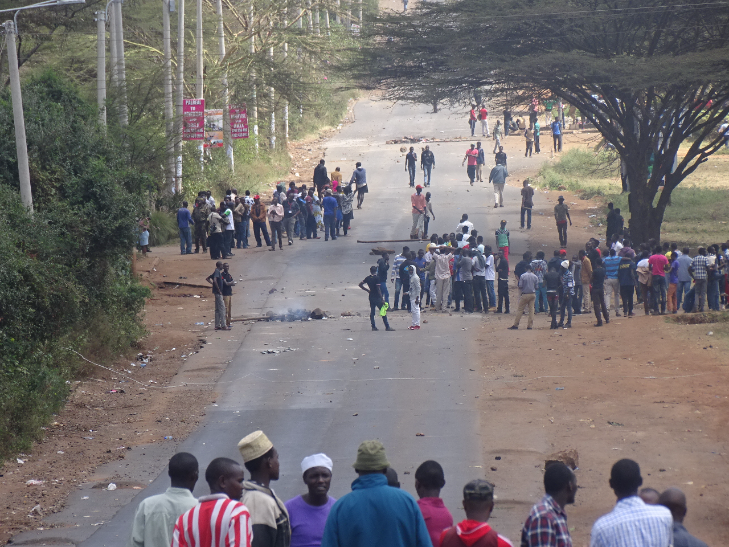