A Ugandan court has issued an order, directing operatives of the Ugandan police and the International Police (Interpol), to arrest Nigerian pop star, Wizkid, and his manager Sunday Are.

The order was issued by Magistrate Baligeya Moses Mufumbiro on Friday and said Wizkid should be arrested on or before January 16, 2017.

Wizkid had failed to honour a contract for a concert with a Ugandan client, with the court saying Wizkid should be arrested for missing a show in the country even after collecting performance fee.

The charges against Wizkid were: obtaining money by false pretense, cheating and conspiracy to defraud.

The charges were brought against by lawyers of Muwema Co. Advocates and Solicitors who are counsel to a company called Face TV, which is accusing Wizkid of receiving $60,000 (Ksh6.1 million) for a show that he never showed up for.

Face TV said after Wizkid’s team agreed to the deal, the company incurred extra expenses for booking flights and other logistics to the tune of $300,000 (Ksh30.7 million) and also sold tickets to 25,000 people for the concert that eventually did not take place.

Wizkid was slated to perform in Kampala on December 3, 2016 at Lugogo cricket Oval as Star Times celebrated six years of operation in Uganda. 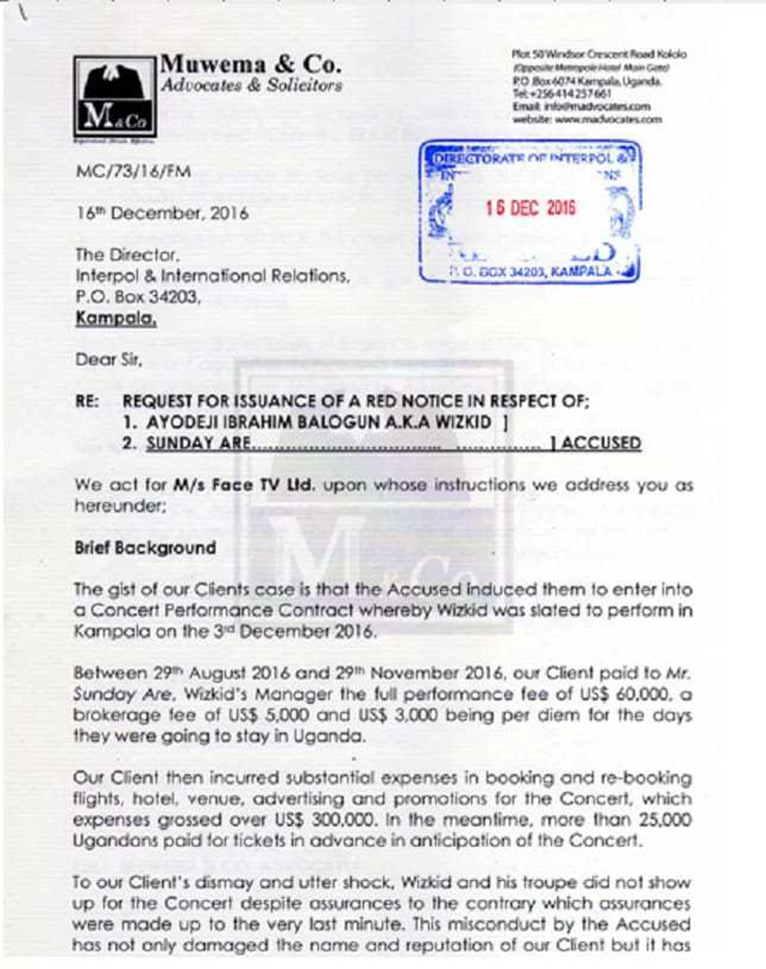 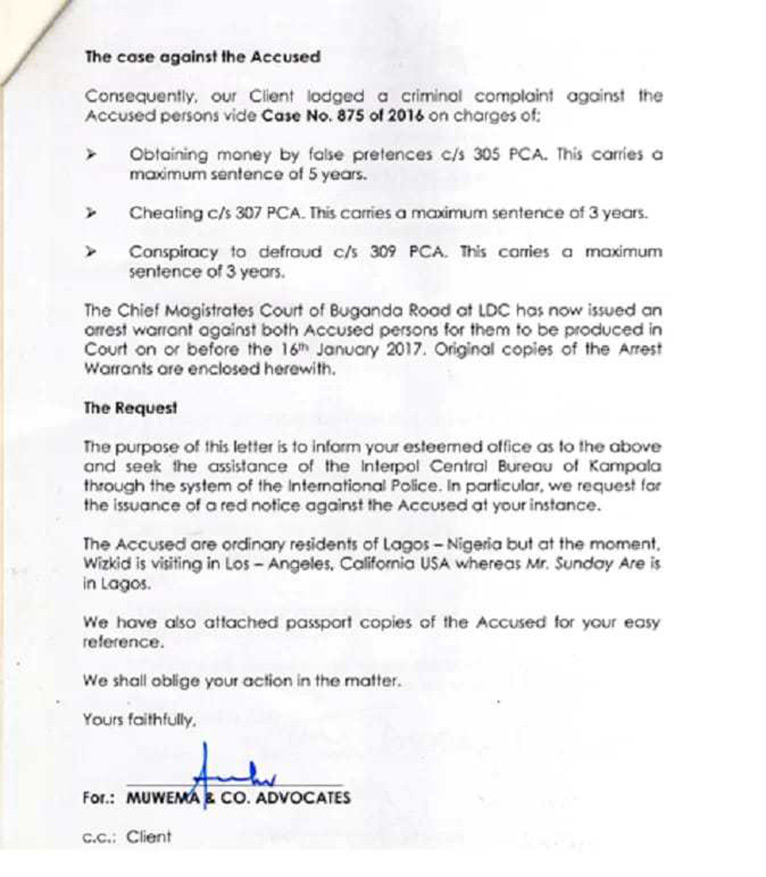