A few days ago,shoppers at the Tuskys supermarket in Nakuru were treated to a delightful surprise- two half-naked men walked into the supermarket bringing everything to a halt. 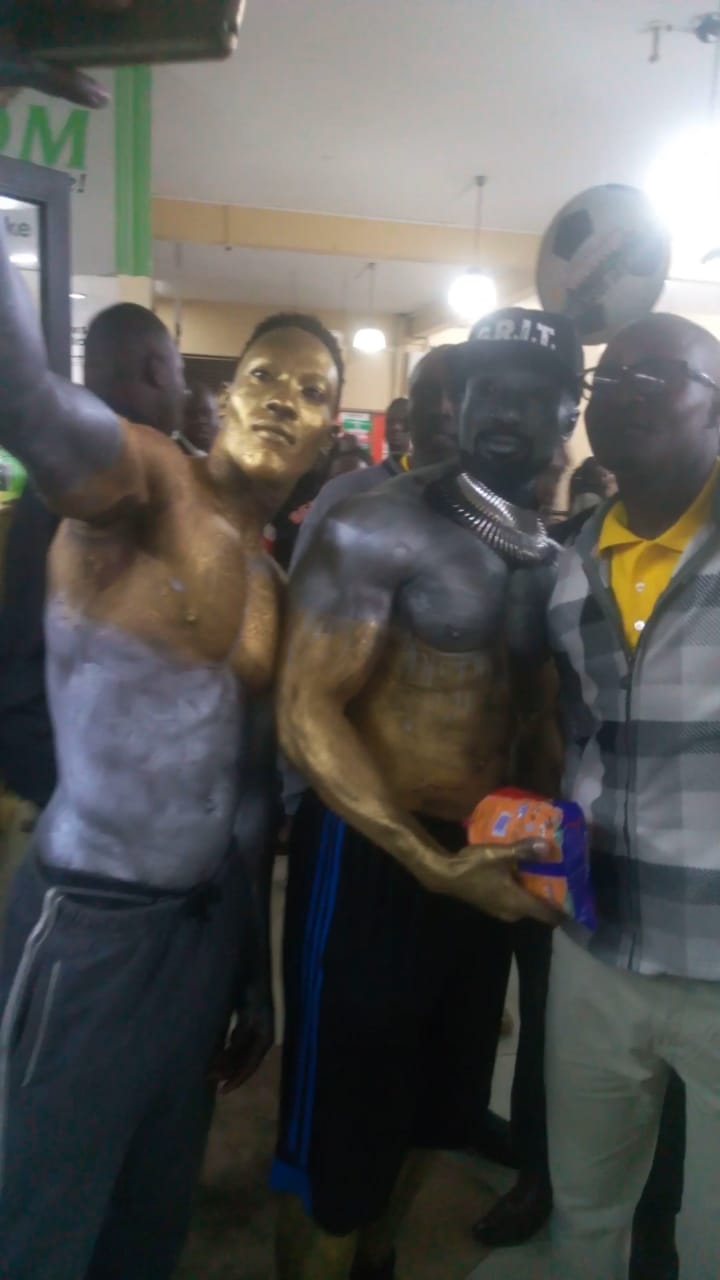 The ruckus inside the supermarket when the two gentlemen walked in. Photo: Wilson Munene

Their sensational show first brought shock and confusion- understandably because they looked like actors from Black Panther.

One of the men in the video has been identified as Wilson Munene- a Kenyan celebrity fitness trainer and renowned model to boot. 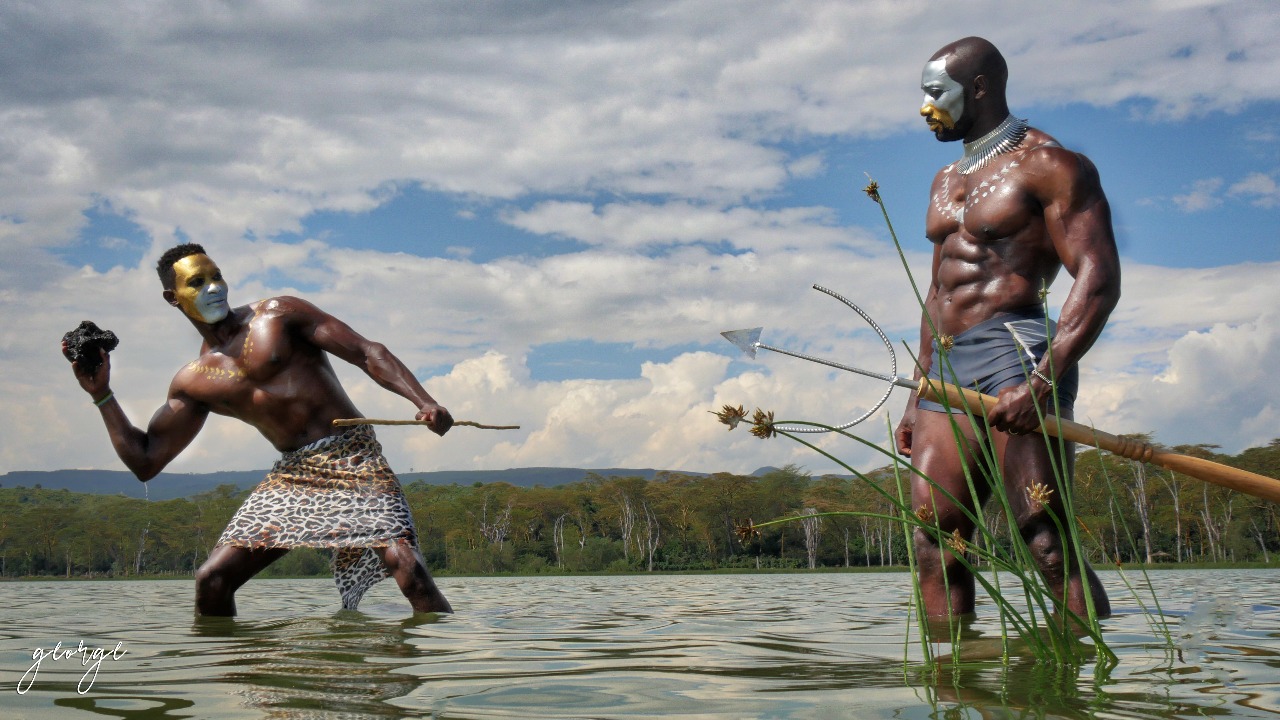 He was flanked on the side by a personal friend Kevoh tha Fitness who also basks in the glory of his achievements in the fitness world.

After the shock of the two ‘aliens’ wore off in the shopping mall, excited shoppers took turn to pose for photos with the two. 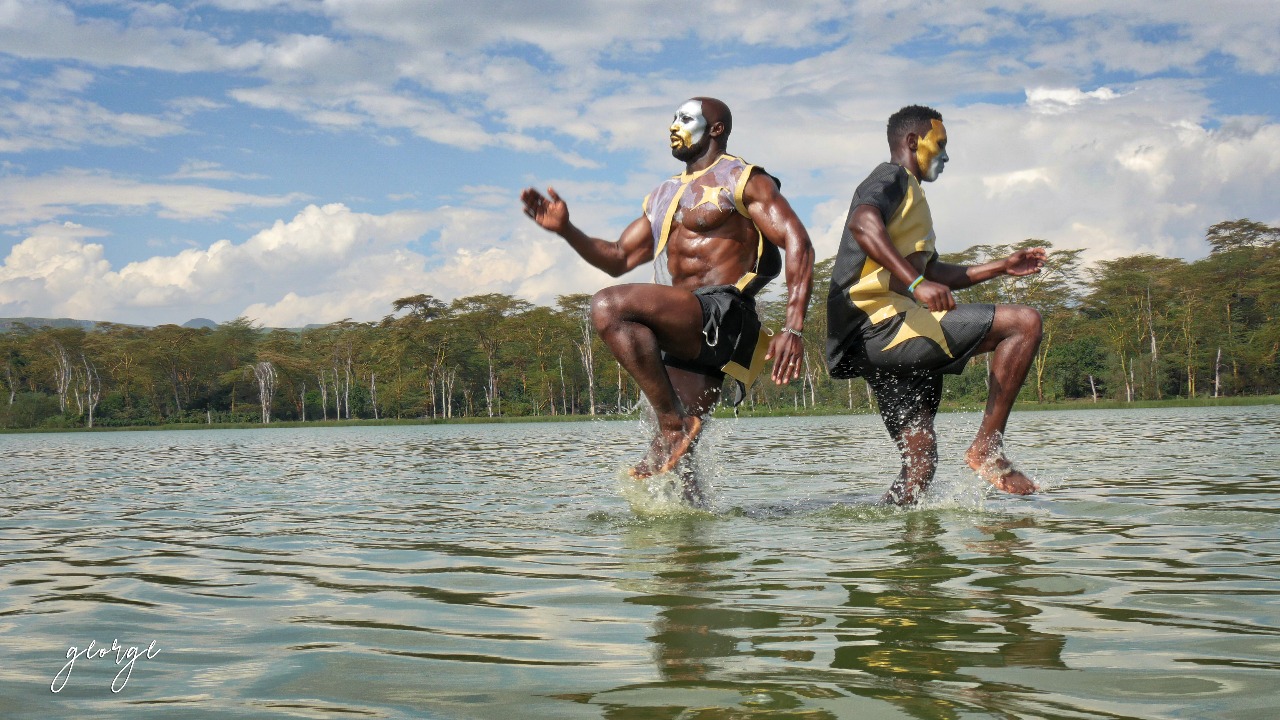 The project was handled by art director: Newton Ndue while Stephen M Senior handled costumes while George Owuor was the concept and creative director. .Photo: George Owour and Collo Sanchez

And inadvertently, created a social media storm with thousands scratching their heads on  the motive behind the afternoon-supermarket spectacle.

The two,eDaily has uncovered, were working on a project to to market the Wilson Munene fitness brand– with a very ingenious twist. 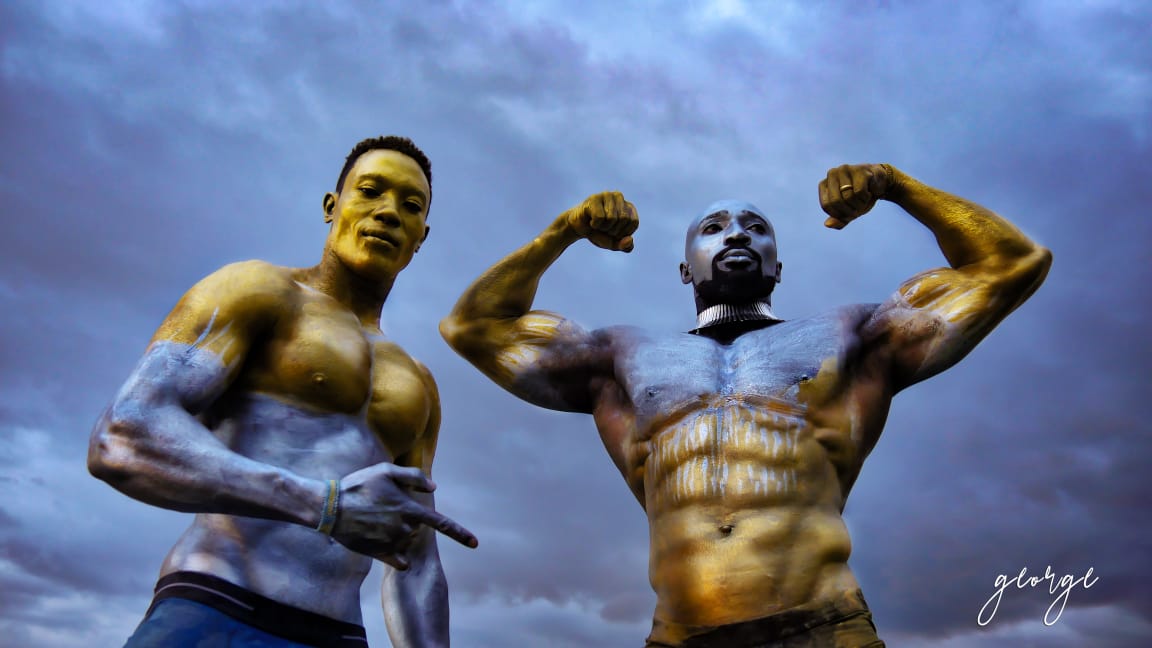 On that particular day, they had just come from a photo-shoot and did not have time to clean up and decided to grab snacks as they were. 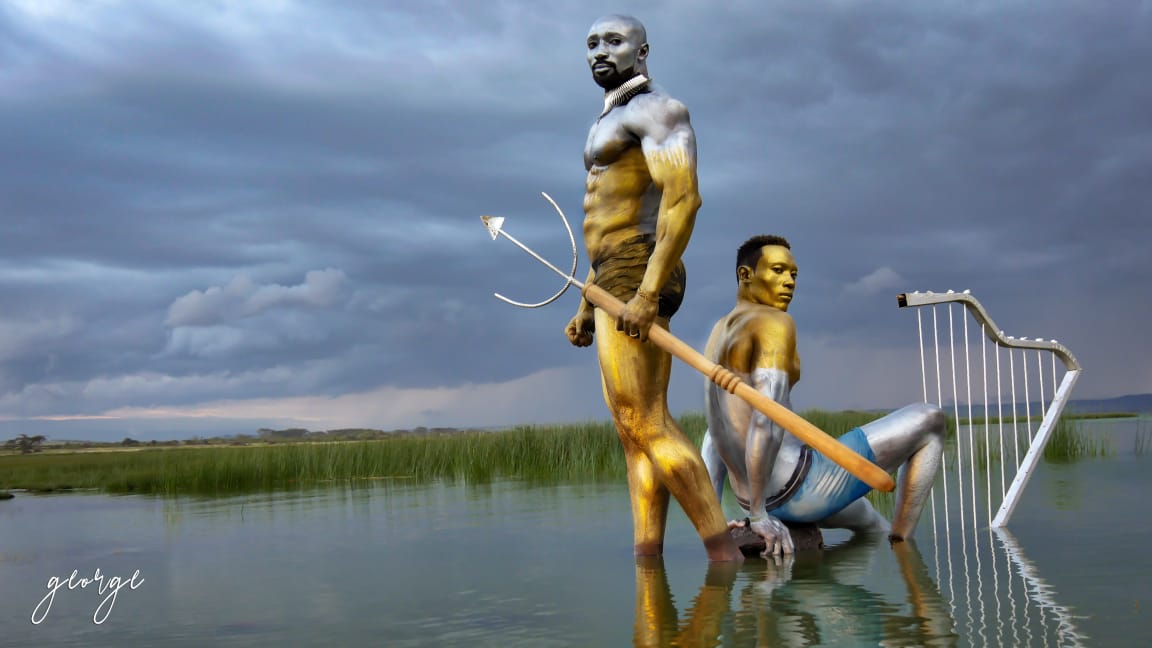 The two happened to have been shooting for an upcoming promo on fitness. Photo: George Owour and Collo Sanchez

Speaking to Edaily on phone, Munene who is also an international fitness model says he was delighted by the response from Kenyans:

” The main aim of the viral video was to actually to promote my health and fitness brand but we are also targeting groups and corporates who want to push their brands further,” He said in part.

The videos and photos have been shared and re shared thousands of times on Facebook and Twitter.

Watch the video below: