“You prolly (sic) watched Prison Break and lemme warn this is not just a typical tattoo, It is an encrypted message so I did my homework,” Kuria writes in part.

While appearing before the court earlier in the week, Anne Ngirita suspected of having bagged KSh 60 million in dubious supplies to the NYS bared her forearm tattoo to whirring cameras in the court room. 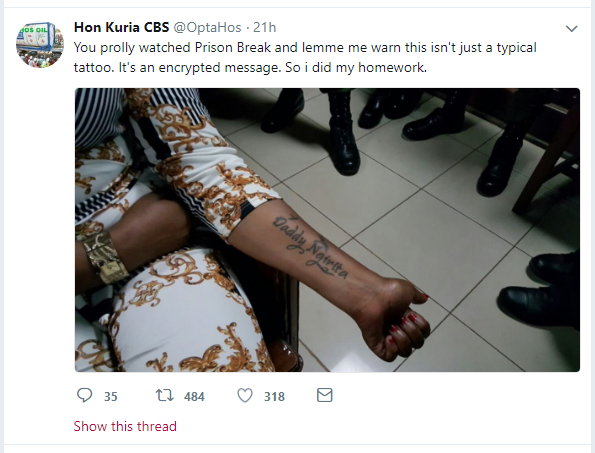 The Twitter detective now says that this was a coded message that Ngirita was sending to her cohorts about the location of part of the NYS loot.

He claims to have analysed the the two names using a simple phone Keyboard in which every letter was assigned a number.

In the decoded text D substitutes for number 3,  A for number 2 and letter Y for number  9. And so on and so forth. 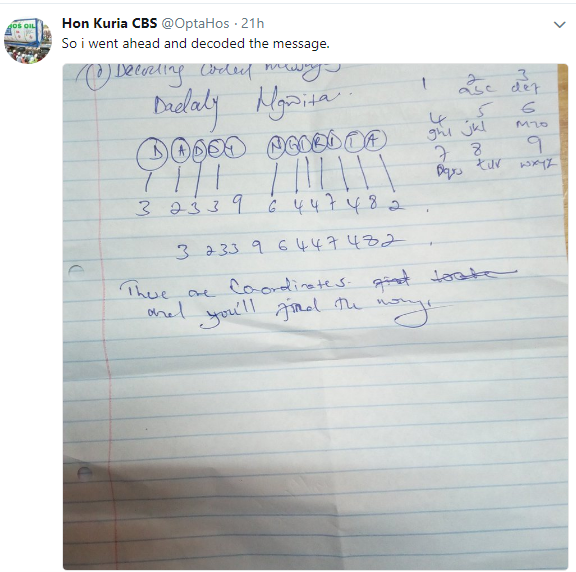 A snippet of the decoded message which Kuria claims to have arrived at Photo: Hpon Kuria/Twitter

After decoding the whole text, Kuria says that he got a ten-number code which is a co-ordinate that the NYS suspect was giving away.

And it gets weird from there.

On Google Maps the co-ordinates according to Kuria points to a region near the Naivasha Hospital where Anne Ngirita’s family lives. 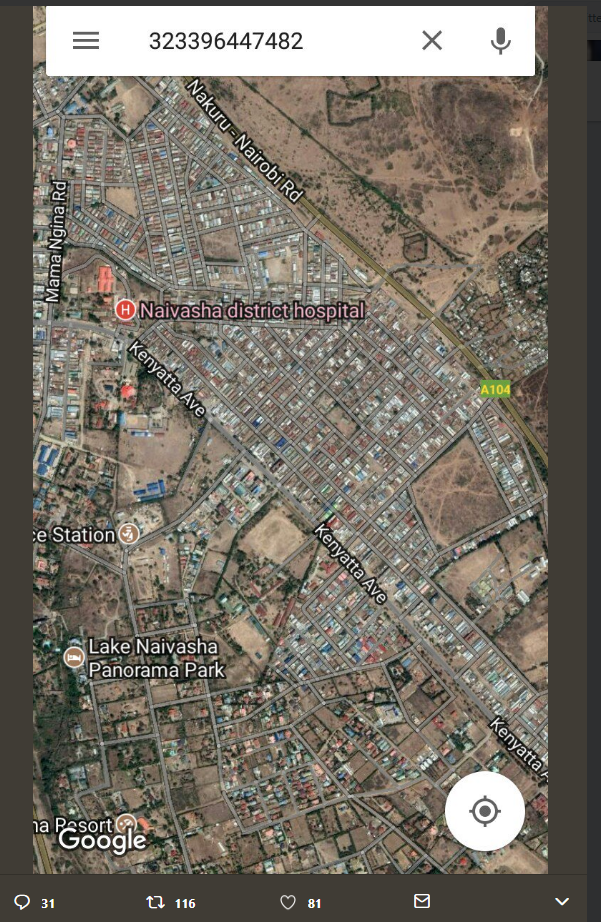 Hon Kuria CBS claims that the coordinates from the code point at a region near the Ngirita’s Naivasha home. Photo: Hon KuriaCBS/Twitter

eDaily was not able to authenticate this claim as the co-ordinates were non-existent.

The detectives, who numbered more than ten, arrived in the home located at Lakeview at around 7 pm on Sunday, June 3 and broke into several septic tanks and sewer lines.