Oliver Markus once said: “Envy is the desire to have what someone else has. Jealousy is the fear of losing what you have. The more insecure you are about yourself or your relationship, the more jealous you are, because you are afraid to lose your significant other to someone.”

However, identical twins Owami and Olwethu Mzazi from Vosloorus in South Africa have disapproved Oliver Markus’s school of thought. The pair has always shared everything without envy or jealousy dividing them.

Owami and Olwethu even took a step further when they married the same man – a man twice their age. It is quite unusual, right?

Not to Owami and Olwethu who say their life-long dream was to marry the same man.

Growing up in their humble home in Vosloorus, the girls washed the dishes, played, went to school and even bathed side by side – now that is sisterhood. They were brought up by their grandmother, who always instilled in them the right values.

Owami and Olwethu, both 25, explained to South African Broadcasting Corporation’s Mapaseka Mokwele how the union works for them; how they sleep in separate bedrooms and how their husband, 50, alternates his nights.

Owami and Olwethu got married to their man on the same day after he paid their dowry.

“We have always done everything together,” Owami told South Africa’s Drum Magazine in February, 2016. “That is how our grandmother raised us.”

With this upbringing, they knew that nothing would separate them, not even a man. 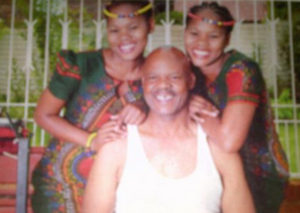 Owami and Olwethu each have a 3-year-old daughter. The little ones are too fond of each other to the extent of sharing a bedroom. They have even christened their mothers Mama One and Mama Two.

Jealousy is not anything close to what Owami and Olwethu feel toward each other – thanks to the wisdom and sense of equality their husband has.

“Even when he sends an SMS he will send it to Owami and to Olwethu. When he is about to come home he will send an SMS to both of us. He is coming to the same house but he separates the SMSs,” said the twins during the interview as translated on Ms Mokwele’s SABC show. 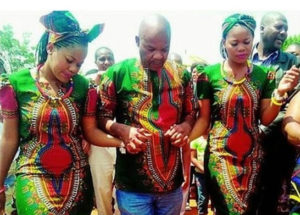 As to why they married a man way older than them, Owami and Olwethu said they were looking for mature man who would use his wisdom to maintain the unity they have cultivated since childhood – an argument that was firmly supported by their uncle and their grandmother.

“He (husband) was our acting teacher and after a while we developed a bond. He told us that he loved both of us from the beginning. Back then he didn’t know that we wanted to marry one person,” said the twins.

Owami and Olwethu are both theatrical arts students at City Varsity.