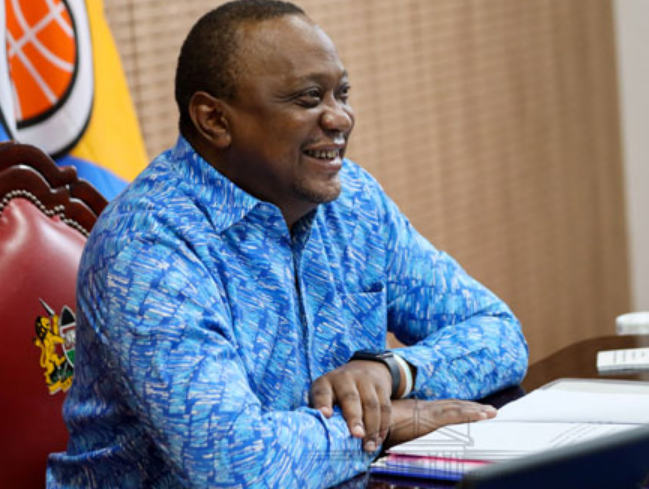 While it is no secret that President Uhuru Kenyatta is a man who enjoys the occasional tipple, many Kenyans have often wondered what his favourite beer may be.

“Is he a whisky, wine or beer drinker,” is a common source of debate among his ardent supporters who never seem to know what the Head of State enjoys to drink.

Well, President Kenyatta on Wednesday decided to kill this suspense and answer that question himself.

President Kenyatta let this long-kept secret slip during a light moment of a live streamed discussion with the Atlantic Council on the state of the U.S – African ties.

“I want to offer just one question from the members of the public that has come in; which is your favorite, Tusker or White Cap?”

To which the smiling Commander-in-Chief of the armed forces replied; “Without a doubt, Tusker goes first but don’t tell Kenya Breweries that.”

Kenya, in the first round of voting held on Wednesday night, garnered 113 votes against Djibouti’s 78 votes; hence pushing the vote to a run-off stage since neither of the nations attained the two-thirds majority required to win.

“Kenya, for over 55 odd years of independence, has consistently been engaged in trying to participate with global partners to bring peace and stability in different parts of the world. Kenya has been known as a safe haven for refugees from the Uganda, Ethiopia and Somalia crises and so many parts of the world where we have sent our peacekeeping troops,” said the president.

“We see ourselves as a bridge able to bring people around a table. You know very well that the Sudanese peace process was done here in Nairobi. The process that started the first democratic processes in Somalia happened here in Nairobi.”

He further added: “So I think we are a safe pair of hands who try to act as neutral as possible but always encouraging peace, stability and progress. And that is what we are known for in a region of instability. And this is what we want to offer to the world.”