A gold and diamond pendant dented by a bullet during the shooting in New York City in 1994 – two years before his death – is being sold by a dealer (Memorabilia) from USA for a fixed price of $125,000 (KSh12.7 million) 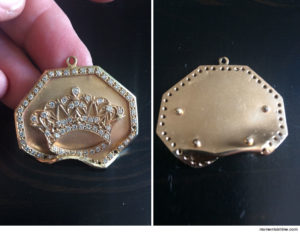 On September 7, 1996, Tupac Shakur was fatally shot in a drive-by shooting in Las Vegas, Nevada. The shooting occurred at 11:15 p.m. (American time), when the car with Shakur stopped at a red light at East Flamingo Road and Koval Lane.

Shakur was hit from a 40-caliber Glock four times, twice in the chest, once in the arm, and once in the thigh. He died from his injuries six days later in the University Medical Center of Southern Nevada.