United States of America President, Donald Trump, on Monday, August 27 threw presidential tradition out of the window, when he chose to stand in between his guests, President Uhuru Kenyatta and First Lady Margaret Kenyatta, during a photo session at the White House.

Previous American Heads of State such as Barack Obama, George Bush, among others, often stood on the outer flanks, with their key guests sandwiched between them and American First Lady of the time during photo sessions.

When President Trump hosted President Kenyatta at the White House last Monday, the host leader stood in between his guests, Uhuru Kenyatta and Margaret Kenyatta, consequently forcing the Kenyan president and first lady out of the red carpet.

Though, it is unwritten, the U.S. presidential etiquette guidelines recommend that the president, when hosting dignitaries to the White House, he or she should ensure that their guests’ comfort is paramount. 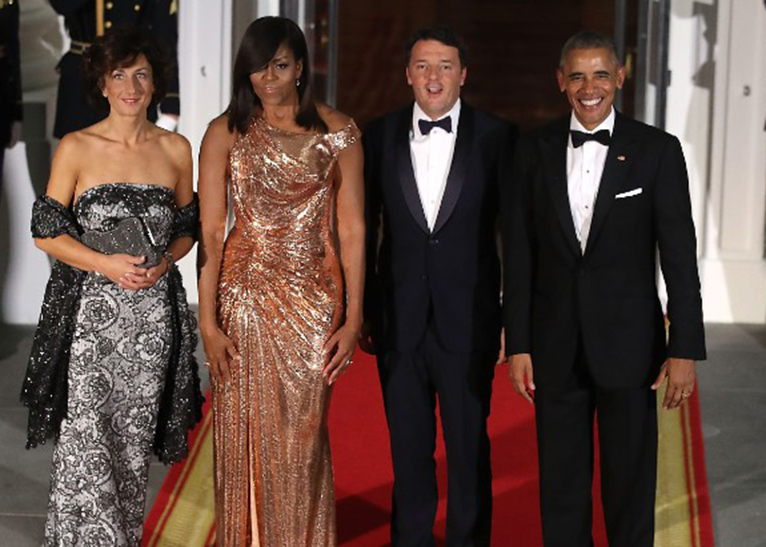 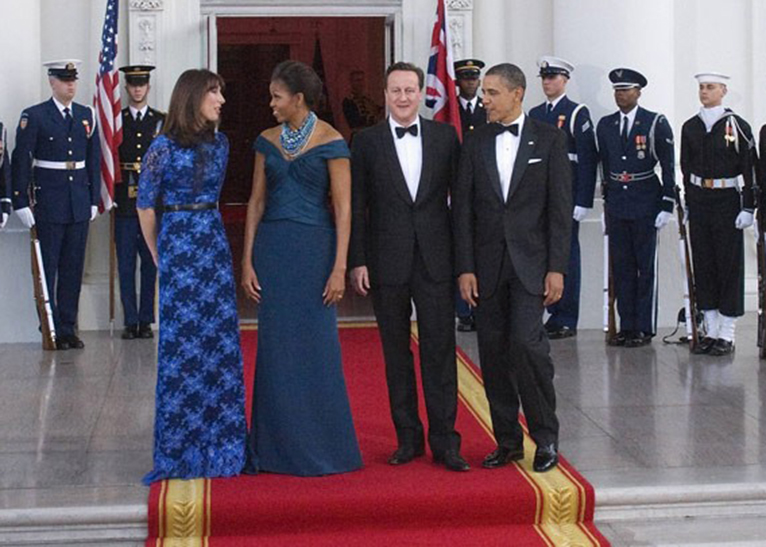 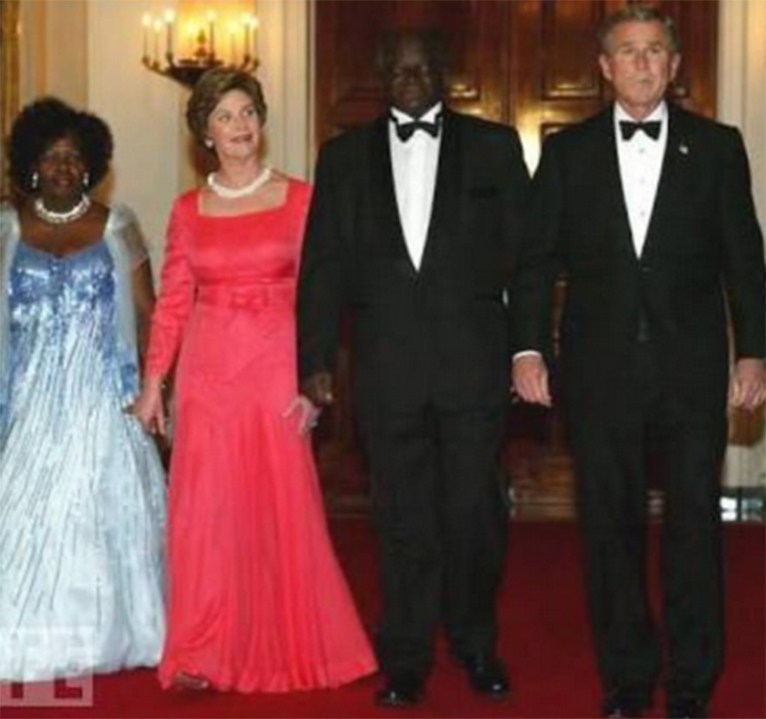 Former U.S. Head of State George Bush and his wife Laura Bush pose for photo with former Kenyan president Mwai Kibaki and the late first lady Lucy Kibaki in a past meeting at the White House. [PHOTO | COURTESY] 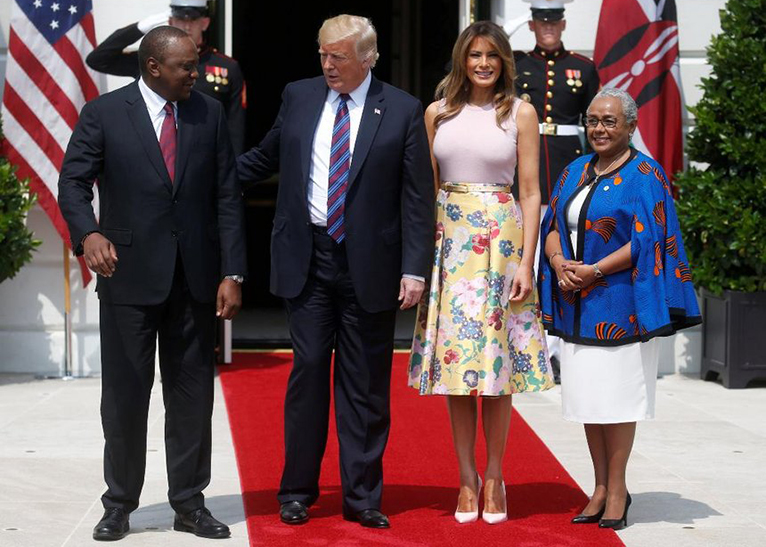