Word on the street has it that fashion blogger Sharon Mundia or ThisIsEss to her fans is going through a rough patch in her less than one-year marriage with husband Lonina Leteipan. 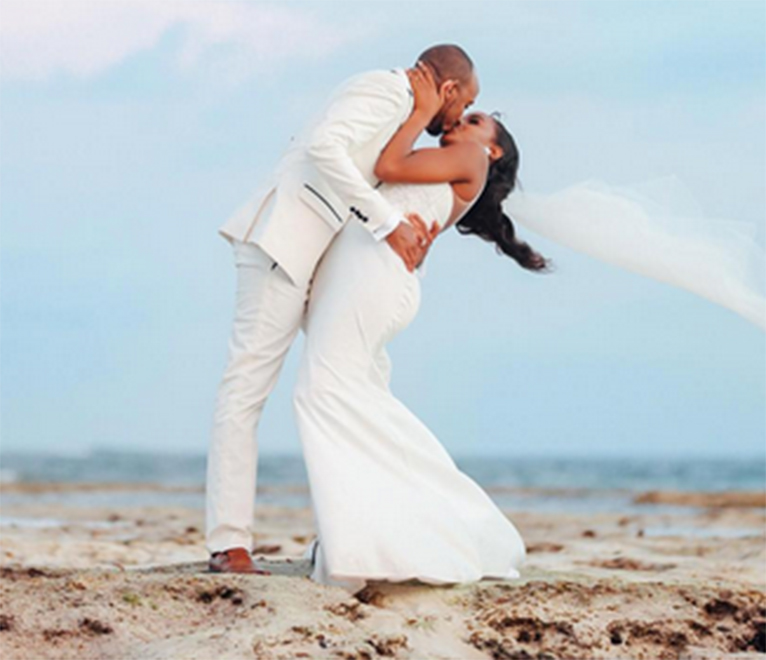 A story broke recently claiming that the blogger split from the husband after she was caught in a compromising position with two of her female friends.

She responded to the rumours posting a statement online saying; “A lot of ungracious and untruthful stories have been circulating about me recently. Even though they have crossed the line, I choose, as usual, to focus on my vision of creating and sharing online content that will uplift and spread positive energy all around me.  Right now I’m choosing to focus on my work and being the best mother I can be to my sweet love, Naila.”

But the lesbian rumours aside, there is trouble in paradise. There have been signs and rumours that all is not well after she returned to regular vloggin (video blogging) with no wedding ring or any mention of the husband with whom they famously “broke” Kenyan social media with their lavish, over the top proposal a few years ago.

Sharon has been gushing about her gorgeous five-month old baby Aria Nailantei Leteipan on every platform but notably absent are her wedding ring and Lonina.

Even on Instagram, the two are not sharing photos of each other. The last time Sharon posted a picture of the husband was December 25, 2016. Lonina has since deleted his account.

But perhaps the most telling sign of trouble was when Sharon revealed that she sought therapy for “deep-rooted issues” and talking of being “careful about the people that I am sharing things with.”

“I highly recommend therapy to anyone. I discovered that I had some really deep-rooted issues when it comes to self doubt. Therapy is what helped me. If anyone is interested in getting to know their real selves and healing, I highly suggest that they see a therapist,” she says.

There is nothing wrong with her talking about her first delivery story but this was the same woman who was crazy about her man and talked about him literally all the time. How fast things can change!

She also revealed that she’s currently more interested with surrounding herself with people that matter and truly love her adding that she’s more careful about the people she’s sharing things with and looking up to.

Talking about associating with people who love her, Ms Mundia is currently at Diani and has been posting sexy photos of herself and her daughter.

We don’t know what is going on but everything shows that all is not well.

Trouble in paradise for Sharon Mundia and hubby?