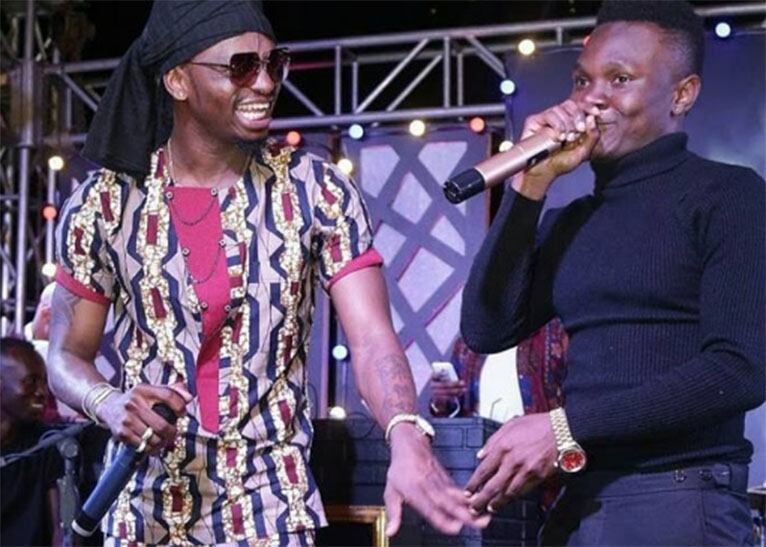 Popular Tanzanian musician Mbosso, whose real name is Mbwana Yusuph Kilungi, declined to perform at a show in Malindi last Saturday despite receiving an advanced payment of Ksh1.3 million.

Mbosso told EDAILY that his contract stated he would be paid Ksh1.5 million to headline an Easter event at the Ocean Beach Resort & Spa in Malindi, Kilifi County.

According to the singer, the organisers of the event refused to top up the remaining Ksh200, 000, prompting him to abandon the show.

The event that began on Saturday evening was attended by hundreds of the artiste’s fans, who paid Ksh1, 000 for normal tickets, Ksh2, 000 for VIP entry and Ksh5, 000 for VVIP slots.

EDAILY understands that 50 minutes past midnight, organisers of the event reported at Malindi Police Station – under the OB Number 31/21/4/2019 – that Mbosso had pocketed Ksh1.3 million, but refused to fulfill his obligation.

Planners of the show said that they even went to look for him in his hotel room, but he was nowhere to be seen.

Mbosso, however, returned to his hotel room a few minutes past 1am Sunday, but declined to perform unless he was paid the remaining Ksh200, 000.

The event organisers said they did not have the money, but promised to top up the balance once the festival was over, a pledge Mbosso refused to entertain.

The hundreds of fans, who had paid to be entertained by the musician, expressed their anger at organisers of the botched event, saying they wanted to be refunded their money.

“We cannot part with Ksh1, 000 or Ksh2, 000 for a show that ends up not happening. That is theft. I urge the DCI to take up this matter. We have tickets to prove that we paid for a service that wasn’t given,” said one of the revellers.

“I am not happy at all over the botched event. I would have used the Ksh5, 000 show money for charity,” said another Mbosso fan.

“East African artistes should learn to be responsible. Their work is to perform for people. If we have already paid for his show, there is no need of him keeping us waiting. If there are any issues to do with payment, Mbosso could have sorted that out after the show. I am disappointed by him. My approval of him is going to decrease,” said another reveller.

The whereabouts of Mbosso remain unknown, given he checked out of his hotel room early Sunday.

Police say they are investigating the matter.