Top Twitter handles, including @presidentKE and @PSCU_digital, which were formerly run by State House communications team have been deleted from the micro-blogging site. 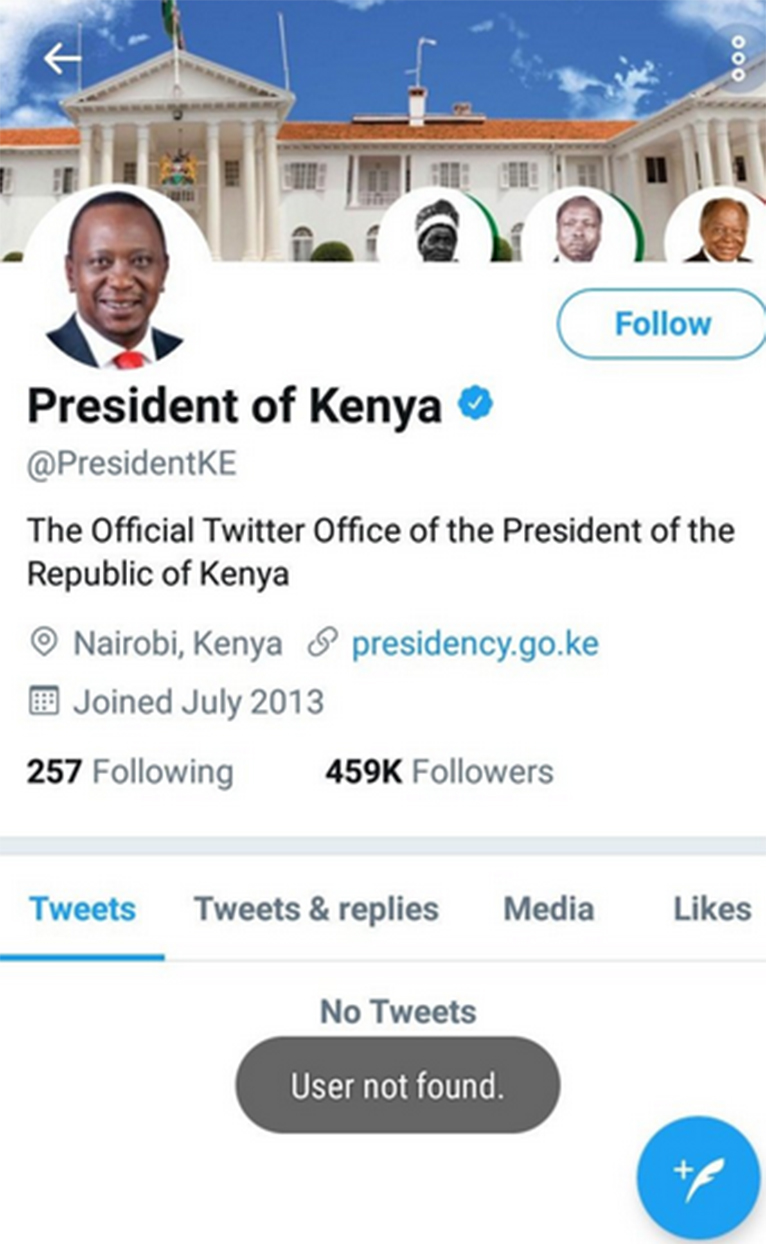 Chief of Staff at Office of the President, Nzioka Waita, says a need to streamline communications by State House has triggered the decision.

“As part of ongoing efforts to enhance accessibility and flow of information from the Office of the President, State House has undertaken a review of the various digital media accounts that have in the past been used to convey official information on the activities of H.E the President, Uhuru Kenyatta,” Mr Waita’s statement read in part.

The Chief of Staff says only the following handles will be used to relay State House messages: @StateHouseKenya, @UKenyatta, @FirstLadyKenya and @KanzeDena.

“It is further advised that State House shall not accept any liability or responsibility for any inaccuracies arising from the reliance by a media outlet on communication delivered through any other unofficial means,” the statement said. 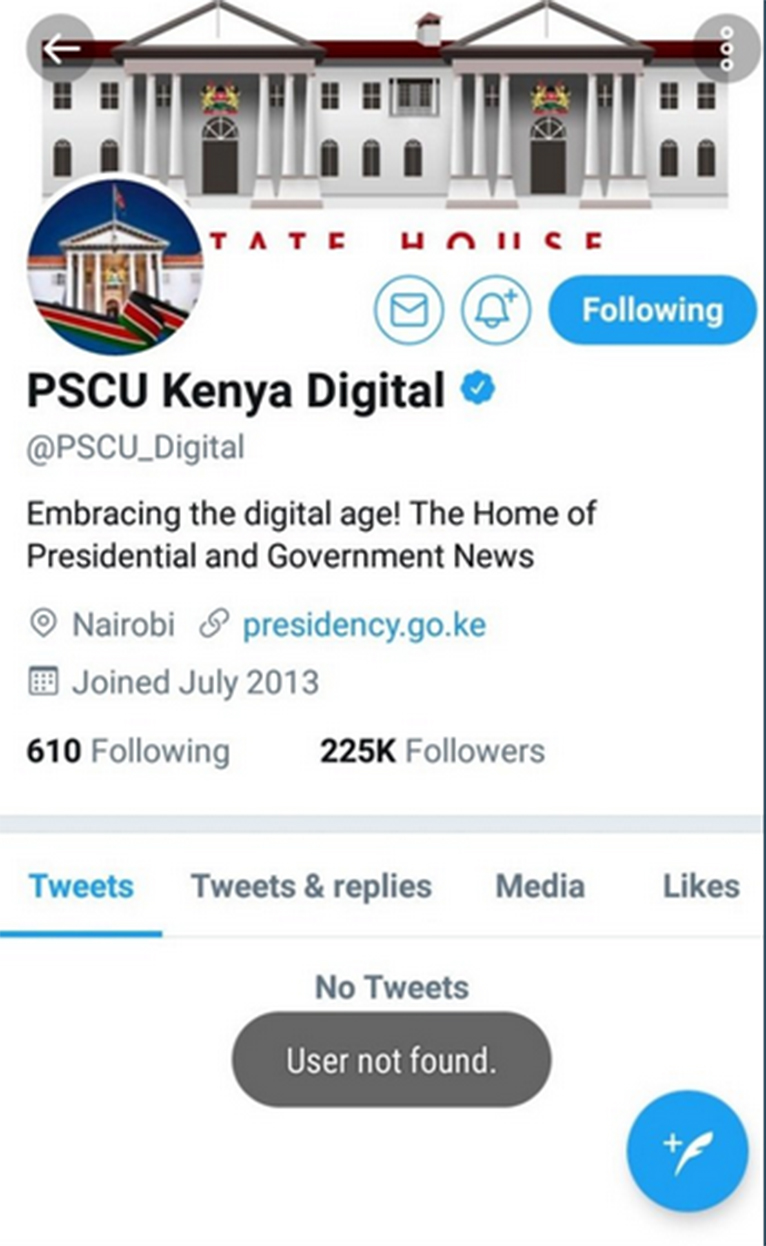 Mr Waita’s statement comes in the wake of an incident in which PSCU Twitter account misspelled the name of President Kenyatta’s new aide-de-camp, Colonel Timothy Stelu Lekolool, prompting a retraction and correction.

In April, 2016, before President Kenyatta left for France, he instructed Mr Waita to streamline his communication team.

Mr Waita was also to deal with the then-growing infighting that had rocked the team.

Sources said Mr Waita, thereafter, met the PSCU directors individually and demanded they shape up or ship out as he embarked on dealing with the challenges.

The PSCU was in July, 2016 disbanded and later restructured after what sources termed as “unstructured and conflicting messaging”.

In May 2015, the late Interior Cabinet Secretary Joseph Nkaissery warned PSCU against communicating information touching on national security following some tweets that had contradicted his ministry’s position on an attack on Yumbis Village in Garissa.

Early 2016, it emerged that PSCU directors had issued a statement where President Kenyatta, who was out of the country, congratulated his deputy, William Ruto, for the collapse of his case.

There were no consultations before that tweet was posted.

Early July, 2017 it emerged that two statements – one on DP Ruto succeeding President Kenyatta and another attacking the New York Times – were also issued without approval.

The highlighted incidents and several others resulted in a need for “structuralised” communications system, which harmonises the executive’s messages to the public.