The wedding took place in Nairobi, one year after Refigah reportedly split with his wife of three years, Mahadia Omar. 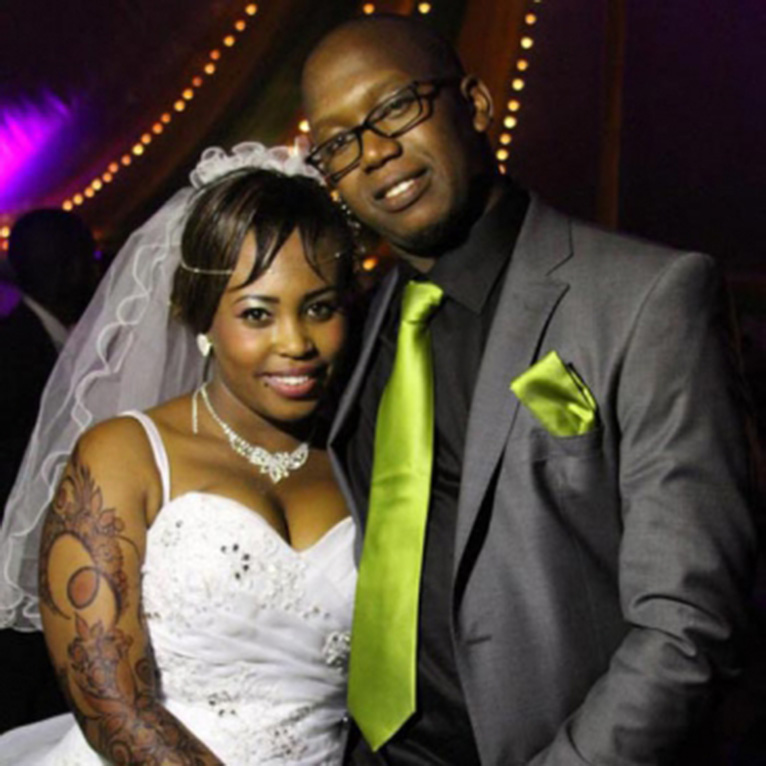 Refigah and Mahadia tied the knot in May, 2014. The two have since gone separate ways due to irreconcilable differences. They have a son, who turns two in November, 2017. [PHOTO | COURTESY]

A source close to Refigah revealed that the Grandpa Records boss and Mahadia have, for close to one year now, been living separately after falling out.

“Things did not work out between Refigah and Mahadia. For nearly one year now, they have been facing marital problems, which led to Refigah walking out on his spouse,” said the insider.

“Refigah has found love in a new woman, who he ties the knot with on Friday, October 13,” added the source.

It remains unclear whether Refigah and Mahadia, who married in a colorful, star-studded wedding which reportedly cost Ksh3.5 million in May, 2014, have finalised their divorce.

The two are blessed with a baby boy, Sultan Yusuf, who will turn two years in November.

Refigah’s second wedding has been kept a top secret, not even his close friend, Sudi Boy, who was present in the 2014 wedding line up, knew of the October 13, 2017 nuptials.

“I am unaware that he tied the knot today. All through, I have known that he is still married to Mahadia. Anyway, you would not know why they decided to go separate ways. I am happy for him for finding love – again – and solemnising their union. We can only pray to God to guide them in their new union,” said Sudi Boy.