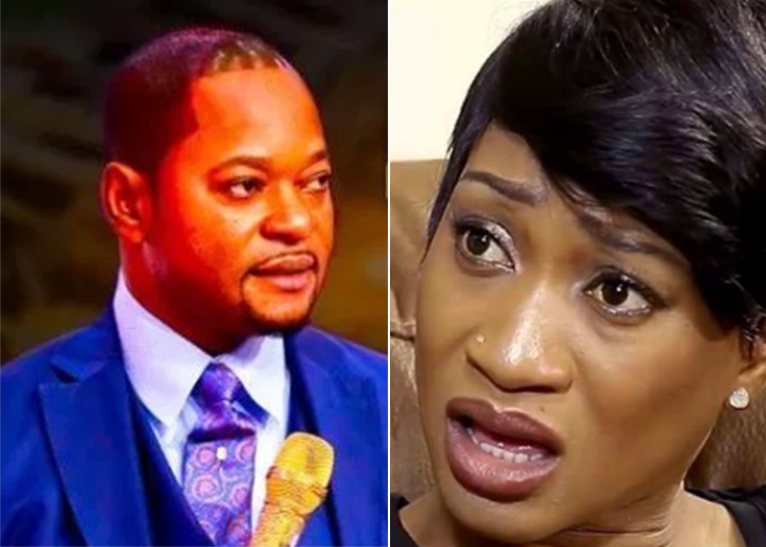 Celebrated Nigerian actress Oge Okoye says she visited controversial South African preacher Alph Lukau in search of healing for her aunt who is living with cancer.

According to the Nollywood star, it was her mother who, originally, wanted to visit Mr Lukau, saying she [mother] wanted the preacher to pray for her ailing sister [Oge’s aunt].

However, Oge Okoye’s Spain-based mother wasn’t in a position to travel to South Africa, and therefore, asked her daughter to represent her at Mr Lukau’s Johannesburg church.

“[In October 2018], I traveled to Spain to see my mum – as usual. She told me that she came across Pastor Lukau’s YouTube channel, which she subscribed to. Mum wanted to visit Lukau and ask him to pray for her ailing younger sister – my aunt — who is based in the US. She [aunt] has cancer and is bedridden. Given my mum is quite elderly, I did not want her to travel miles away at her age. So, I asked her to share with me my [ailing] aunt’s pictures and embarked on the journey to South Africa on her behalf,” Ms Okoye told Nigeria’s Pulse in a recent interview.

Oge Okoye used the interview to refute claims that she was paid to attend Pastor Lukau’s church.

“Is there anything wrong in seeking God’s intervention or representing my aunt in church? I don’t understand how people [are quick] to fabricate stories. How much do Nigerians think I would be paid to do the unimaginable?” posed the film star.

In the video clip shared on Instagram on Thursday, March 28, Oge Okoye is seen shedding tears as she receives a “prophecy” from the controversial preacher.