Ugandan President Yoweri Museveni on Tuesday gave Kanye West and Kim Kardashian the permission to use his presidential helicopter, opening a forum for criticism, in which online users inquired what the American couple has done to deserve such a highly-dignified treat. 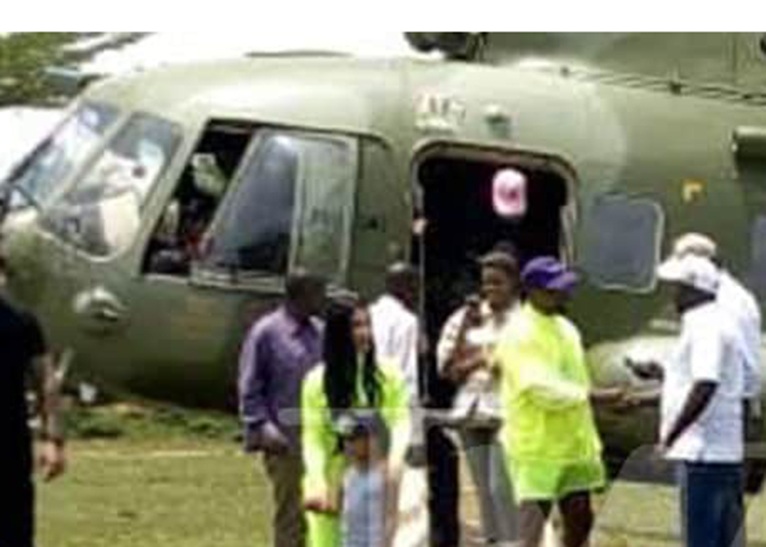 Kanye and Kim flew from Chobe to a kids’ charity event in Masulita; a distance of 151 kilometers, TMZ says.

At the kids’ function, Kanye rapped for the children, “who went wild as soon as they saw him and Kim.”

The rapper gifted the kids with several pairs of Yeezys, which had been loaded in dozens of bags.

Kanye had, last week, gifted US President Donald Trump a pair of Yeezys, and also surprised Museveni with his own pair.