Agony, confusion and pain has engulfed a family in Kiganjo estate in Thika after their daughter, a 19-year-old student at Thika Garrison Secondary School, went missing on Thursday, March 16, 2017, leaving behind a heartbreaking suicide note. 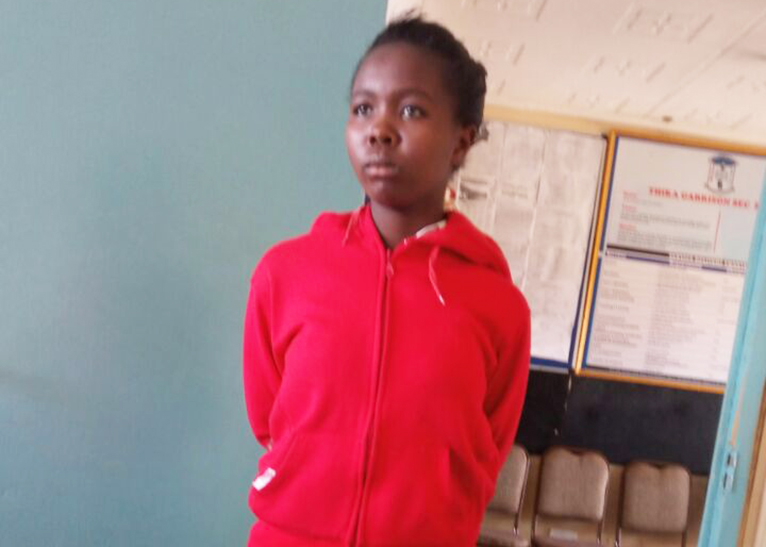 In the note, the teenager, Margaret Muthoni, said: “From the time my father died, I have never had peace in my heart. We have gone through a lot of things – both bad and good. (I know it will be painful), but let me go meet my father. My siblings, I leave you behind in peace.

“May you live in peace, and one day, one time, help our mother. Ian and Winnie, live in peace. Do not weep on my burial day because you will make my soul not to rest in peace. I am waiting for you in heaven. Give out all my clothes to my sister. Good bye.”

In another letter, addressed to her brother and twin sister, Muthoni said: “God is there for you, my sister and brother. I would like you to achieve your goals when you grow up. Nobody has pushed me to do this (commit suicide).

“It is my decision (to end my life). I had good dreams, but now, henceforth, I won’t be there. Stay in love, peace, unity and harmony. Have the heart of caring and helping. I love everyone in our family.”

The young woman’s mother, Ruth Gathoni, is the one who found the two suicide notes in Muthoni’s bag on Saturday, March 18, as she (Ruth) was preparing to go to work.

Ms Gathoni says her daughter, who was supposed to join Form Four this year, had – since October last year – refused to go back to school after she was suspended from Thika Garrison Secondary School due to disciplinary issues.

According to Thika Garrison Secondary School principal, Elizabeth Nyambura, the missing student last attended school on October 27, 2016 – the day she was summoned to the principal’s office for “wearing a hair extension”, which was “against the school’s rules”.

Ms Nyambura ordered Muthoni to report to school (two weeks later) accompanied by her parents after she (Muthoni) stormed out of the principal’s office.

Neither Muthoni nor her mother reported to the school after the suspension period elapsed.

According to Muthoni’s elder sister, Ann Gathoni, Muthoni had not told their mother the reason for her suspension, but would say she “did not want to return to school”.

“Mum would wake her up every morning, asking her which school she’d want to be enrolled in but she’d say she doesn’t want to join any school. On the fateful day, she woke up by herself, stood by the main door. Mum asked her where she was going to, but she declined to reveal. She left that morning, in the name of going to a new school to register, and that was the last time we ever saw her,” said Ann Gathoni.

According to Thika Garrison Secondary School principal, Elizabeth Nyambura, she had been in contact with Muthoni’s mother and expected Muthoni to return to school on January 18, accompanied by her mother. This was after officers of the District Education Office intervened.

“On January 18, we convened here, waiting for Mama Margaret from 2pm to 4pm but she did not come. I asked an officer from the District Education Office to call Margaret’s mother and enquire if she was still coming. The sister of Margaret’s mother, namely Elizabeth, picked the phone and told me that Margaret and the mother had gone to a salon, and that was the last time we ever heard from the family,” said Ms Nyambura.

Thika West Sub County Director of Education, Ronald Mbogo, said efforts to trace the girl’s whereabouts have been launched, but noted she had a history of absenteeism from school.

The teenager’s mother has appealed to any member of the public, who has information about Muthoni’s whereabouts, to report to any nearby police station.