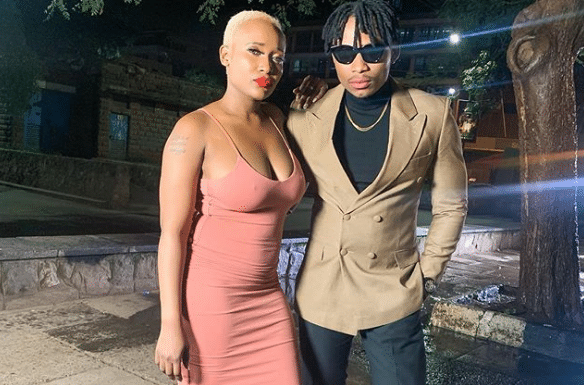 Fast rising Coast-born singer Jovial has revealed that Otile Brown ended her contract at his record label ‘Just In Love Music’ due to personal disagreements and misunderstandings.

The songstress was only recently signed by the ‘Baby Love’ hitmaker who reportedly even bought her a car, model Mazda Demio.

Speaking during an interview with at a local radio station on Tuesday, the Chanda Chema star however stated that her contract had already ended.

“I learnt a lot from Otile Brown, and I really appreciate it, but everything happens for a reason. We had a small misunderstanding and he ended my contract. He had his reasons to end the agreement we had,” she said.

“Otile came to me and said that we could no longer work together and that was it.”

She however added that she is still on good terms with Otile, despite declining to disclose the cause or nature of their differences.

Reports have however since emerged that Otile Brown’s new girlfriend of Ethiopian descent could be the reason why he chose to end the contract with Jovial.

Sources who spoke to EDAILY intimated that the beau, Nabbi, was uncomfortable with Otile and Jovial’s close relationship.