“People are writing bad things about my son; some say he has abused his father and not caring about him. The information is wrong,” Ms Kasimu said.

“Every end month, Naseeb sends money to his father; at times he sends me or his sister to take him (his father) to the hospital – when sick. I wonder why people come up with false stories about Naseeb.”

“Should he be carrying him around and taking pictures together to pass the message?” she posed. 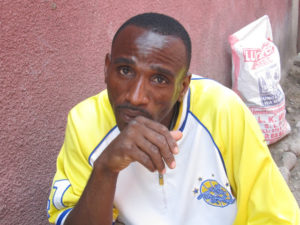 Diamond’s father abandoned the singer with his mother when he (Diamond) was six. The musician’s dad has been suffering from skin-related diseases and leg pain due to old age.

Hitherto, Ms Kasimu said she has been talking a lot to her ex-husband despite their separation.

“I will take a picture and post, when I visit him in Kagera, Mwembe Chai so that everyone knows,” she added.