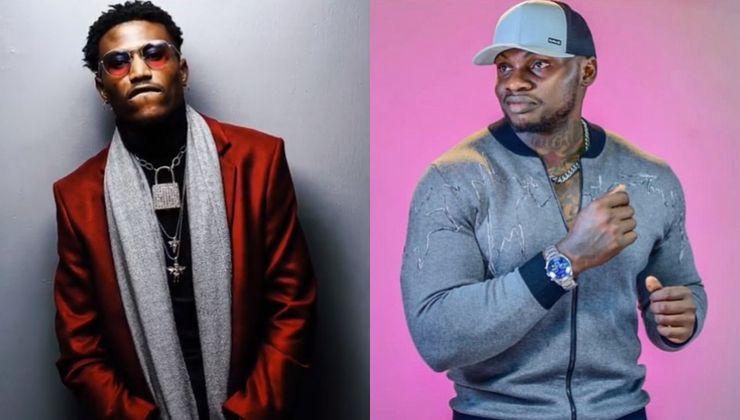 What this implies is that, at some point within their careers, their fans – or just them – are bound to get into a tiff over who actually is better than the other.

The squabble between the two over ‘Who’s The King’ has been witnessed many a time in recent years, with either party always firing shots at each other.

And, for a while now, it has been relatively quiet; until recently when Khaligraph posted a poster of Octopizzo backing him for the Kibra by-election race.

The post was seemingly in jest, or outright mockery, because the Kibera born and bred rapper had not shown any intention of vying for the seat.

Octopizzo however took the below-the-belt hit in silence at the time, only plotting his ‘revenge.’

The ‘Kanye’ rapper, taking to Instagram, declared a relatively unknown upcoming rapper the official King of Kayole, overlooking the more famous Khaligraph who has, throughout his career, spoken about growing up in the sprawling slums of Kayole and making it known that he runs it.

Octopizzo now says he does not recognize the ‘Leave me alone’ hit maker, instead airing out his support for Lucci; a newcomer whose lyrical prowess hit the headlines after he was featured in a cypher by fast rising youthful comedian Kartelo.

This remark has been seen to be another hit directed towards Khaligraph who is set to release the third edition of his now popular ‘Khali Cartel’ cypher featuring various Kenyan acts; both known and relatively underground alike.

The ‘OG’, as he calls himself, was yet to respond to the subliminal shots by Octopizzo as at the time of publication.