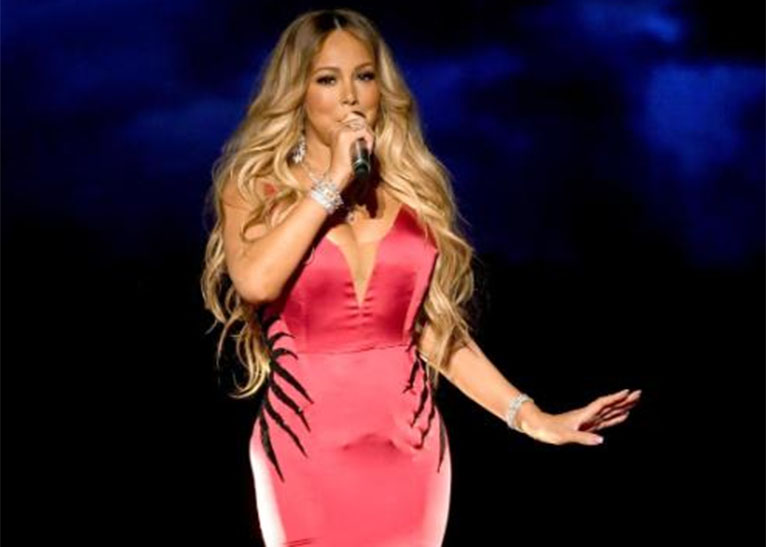 The Jonas Brothers brought the “J Sisters.” Mariah Carey gave us fresh memes. And Drake may have cursed a “Game of Thrones” character.

Here are the top moments you missed if you slept through this year’s Billboard Music Awards:

Drake is thankful for his mom and Arya Stark

In what appeared to be a nod to Nipsey Hussle, Drake urged people to let artists know they are loved while they’re still alive.

“I wanna encourage other artists to let others know how you feel about them. … Show somebody some love, tell somebody you love their music,” he said.

In addition to thanking his mom for always supporting him, he gave a shout out to “Game of Thrones” character Arya Stark — played by actress Maisie Williams — for “putting in that work last week.”

We’re not sure how we feel about that. The Drake curse is real — just ask European soccer players who’ve lost games every time he’s posed for photos with them. Now Arya may be the unlucky one in the next episode. Thanks a lot, Drake.

But curse or not, that’s a rare intersection of rap and “GOT.”

The Jonas Brothers (and the J Sisters) wow crowd

The Jonas Brothers reunited to perform their new single, “Sucker.” But all the attention was on their leading ladies.

Priyanka Chopra, Sophie Turner and Danielle Jonas danced together in the front row as their significant others — Nick, Joe and Kevin Jonas — entertained screaming fans on stage at MGM Grand Garden Arena.

During the performance, Nick gave Chopra a kiss in the audience while Joe danced with his love, Turner.

And the crowd went wild.

Taylor Swift had a marching band, too

Taylor Swift kicked off the ceremony with a performance of “ME!” that featured a marching band in pastel uniforms. Panic! At the Disco’s Brendon Urie, who collaborated with her on that song, arrived on stage holding an umbrella.

Mariah Carey got the Billboard Icon Award from Jennifer Hudson. Backed by a choir, Carey performed a medley of her hits, including “Always Be My Baby,” “Emotions” and “Hero.”

“I want to thank all the people who’ve been with me on this journey — through the highs and lows, through your struggles and mine,” she said. “And to anybody who doesn’t allow themselves to be broken and keeps getting up and keeps holding on … I celebrate you tonight.”

Then she wiped away tears with a white tissue and tossed it aside on stage, barely missing Hudson. With that, another meme was born.

Paula Abdul performed some of her biggest hits, including “Straight Up” and “Forever Your Girl.” Her high-energy dance moves mesmerized the crowd as she walked toward the audience followed by her backup dancers. Before her performance was over, she took off her hat and threw it toward Julianne Hough, who was in the audience. It hit her squarely on the neck.

Abdul quickly glanced at her and kept on dancing like nobody was watching.