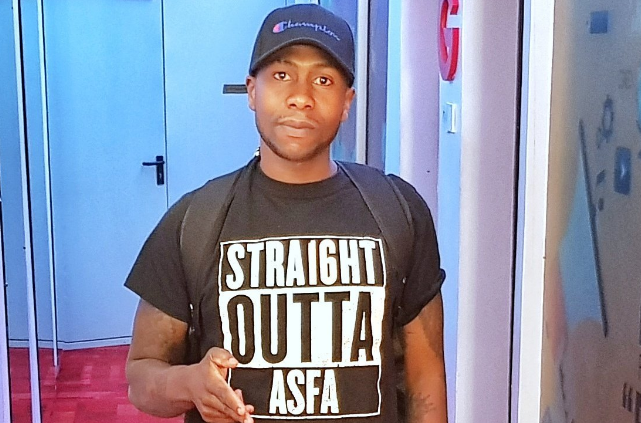 If you have ever doubted the fact that Kenyans On Twitter (KOT) can make or destroy one’s career, all you have to do is take a closer peek at the steady rise of a little-known Nakuru-based rapper by the name Kilundeezy.

The musician started out by posting videos of himself rapping or singing on Twitter this year; which mostly gained negative reactions but that never stopped him.

Kilunda, his real name, kept rapping and posting his videos and, with every one that he uploaded, he got better and – unbeknownst even to him – folks actually started noticing.

A few months into the craft and Kilundeezy – who refers to himself on Twitter as the ‘Underrated Rapper – had gained a loyal following and turned all the previous hate comments into positive ones; with some KOT even branding him G.O.A.T, an abbreviation for Greatest Of All Time.

Kilundeezy became so big on the social media platform that, when one day he announced that he wanted to hit the studio to record his first song but did not have enough money, KOT – in trademark fashion – told him ‘say no more’ and catered for the expenses.

The rapper received M-Pesa transfers and messages of encouragement from strangers online.

After recording the track, he went back again to his new-found fans on Twitter and, yet again, they heeded the call and sponsored the song’s video.

The track in question is titled ‘Bomb ya Saddam’ and it was officially released on Friday.

At the time of publishing, it had already garnered 22,000-plus views and counting, which is kind of a big deal because not many Kenyan artists at the moment can hit those numbers only 4 days after a release.

Hours after releasing the song on Friday, NRG Radio – in a message posted on Twitter by DJ Xclusive – reached out to Kilundeezy inviting him for an interview at their studios.

Pass this MESSAGE to @kilundeezy.. Kindly join us on #NRGBreakfastClub on Monday morning. DM us your contact details so that we can reach out to you. #KOT #NRGTotalAccess @xclusivedeejay pic.twitter.com/pJE6NCsJwc

And, in one final show of solidarity with the rapper they made – their very own G.O.A.T – KOT sent Kilundeezy money for transport from his home base in Nakuru to come to Nairobi for the interview.

Lakini @kilundeezy akitoka all the way from Nakuru for interviews on media stations, can the hosts be kind enough sort out his expenses? Akikam @KeepItKiss on my show siwezi mind hiyo bill. Wengine chezeni kama nyinyi, let's support him.

Another Twitter user – Gee Kadere, a cab driver – even offered to drop him at the NRG Radio studios for free.

The fast rising rapper, during the interview, was the top trend in Kenya on Twitter and announced that he would be releasing a second track called ‘Digida’ in December.

He further credited Twitter users Blaze, Osama Otero and Karigoh for being some of his biggest sources of encouragement especially during the period he started and was receiving flak almost on a daily basis.

Below is the ‘Bomb ya Saddam’ video: