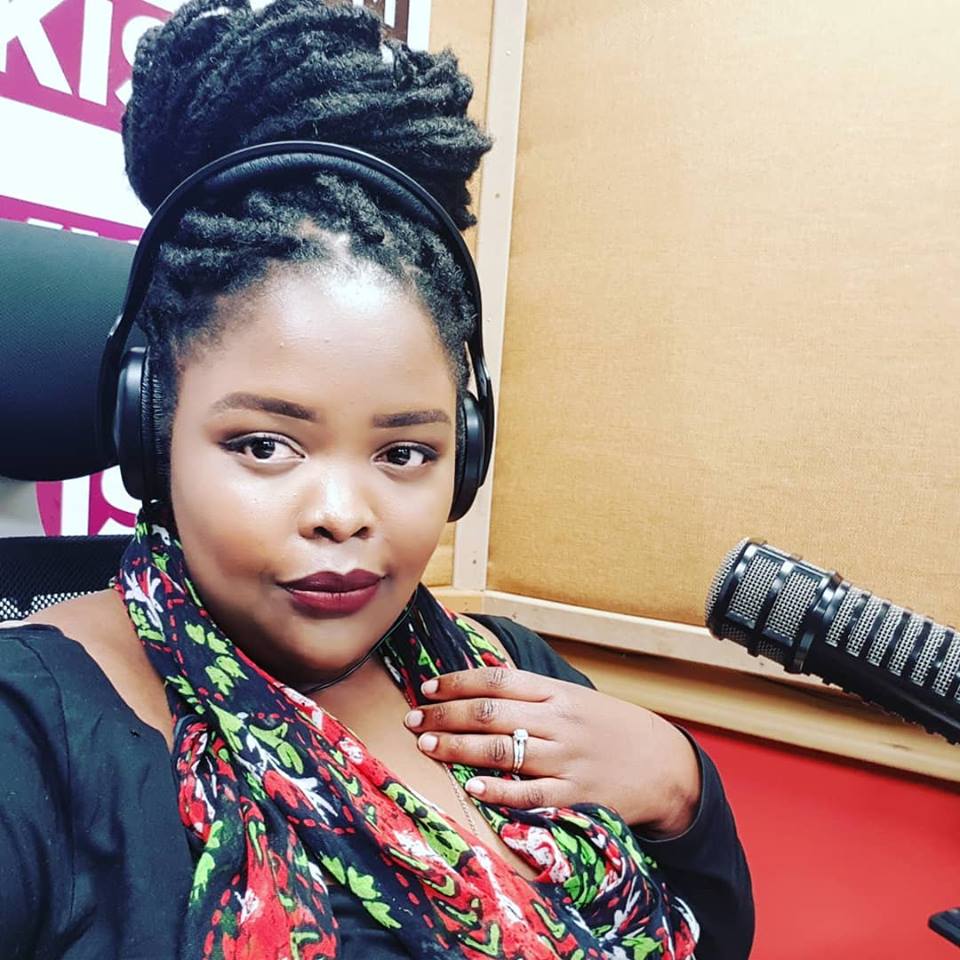 Popular radio presenter Linda Nyangweso is a bubbly and fun human being who lives life on her own terms, hydrates, moisturizes and minds her own business.

But beneath the smile and carefree life, Nyangweso’s everyday life is hell on earth because of social media bullies who always attack her because of her weight.

That she is a big girl is not a secret and she never shies from flaunting what her mamma gave her but as she celebrates herself, this invites a hoard of vile human beings whose only purpose in life is to make other people’s  lives unbearable.

A few weeks ago, Nyangweso posted a photo of her family; herself, husband and child while on vacation like every other millennial does.

But this happy family photo brought nothing but pain and heartache to her and her husband as she recalled in an interview with BBC Africa which she posted on her IG Stories.

“I posted this picture because we were happy, we were having fun on vacation, a regular family on vacation… afterwards I saw that people expected me to wear, I don’t know, garbage bags…,” she says trying hard to keep her voice from breaking.

Her husband, she says is not fazed by all the dumb talk about his wife’s weight but even he, like she discovered, is not insulated from attacks because of her.

“My husband, he’s the most amazing person because he is the most blind to most of these things but this time round what got to me was people DMing him and telling him really mean things,” adds the Kiss FM presenter.

But try as she may to ignore the trolls, Nyangweso does remember some mean comments that people post about her.

“Every time I post a picture I expect meanness…,” she says. “The meanest comment was a comment about my child, that I had not right to have a child because of how I looked.”

Her struggle with weight is something that she has battled since childhood and back then it was even worse that she contemplated suicide.

“I couldn’t eat in public so I started eating in the toilet which is crazy,” she recalls saying this was what was driving her to an early grave.

“The only reason I didn’t go through with the suicide was because I worried my mom won’t find a coffin that would fit me…,” she says this time unable to hold back the tears.

But after all the meanness, Nyangweso still preaches kindness.

“If I was to sit down with a bully, I would show kindness, because that is what I think is lacking so much in this space we are in. When it comes to social media, stop following people who make you feel bad. Mute people in your life who bring negativity and protect your peace,” she says.