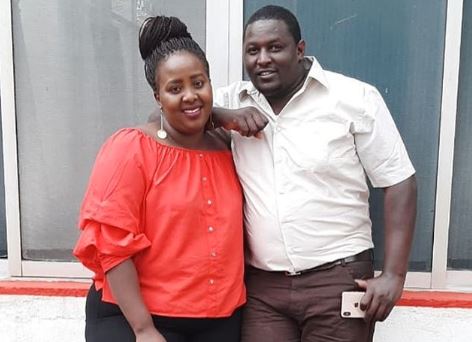 Comedian Terence Creative and his wife Milly Chebby may seem like a happy couple online but, to use the now popular Twitter phrase, kwa ground vitu ni different!

Reports of Terence cheating on Milly with a little-known lady identified as Anita Soina started swirling early this month but they were never confirmed…until Tuesday.

Terence, popular for his ‘Kamami’ character online, took to his Instagram stories on Tuesday telling his fans and followers to ask him anything they wanted to know about him and some of them went as personal as it gets.

One such Instagram user asked about the validity of the reports and Terence confirmed that indeed he actually did cheat on Milly.

“Is it true you cheated on Milly Chebby?” Posed one of them, to which he responded: “Yes I did, and through it I’ve learnt my lesson, Milly and I will talk about it someday.”

Yet another asked, “Why did you cheat on Milly and the way she has a good heart?” and he replied; “Shetani huja kwa njia mingi, ashindwe kabisaa. Akii sitarudia tena.”

He however rubbished allegations that they had undergone a divorce, further posting a photo of himself and Milly having a meal together at a restaurant in Upper Hill. 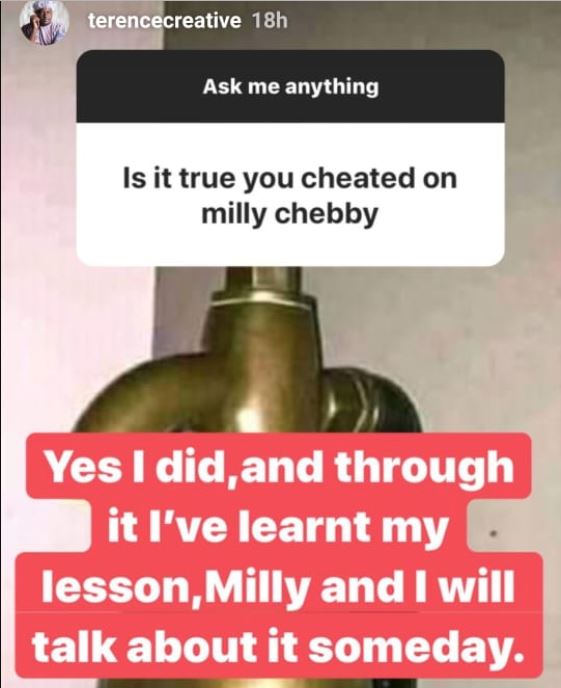 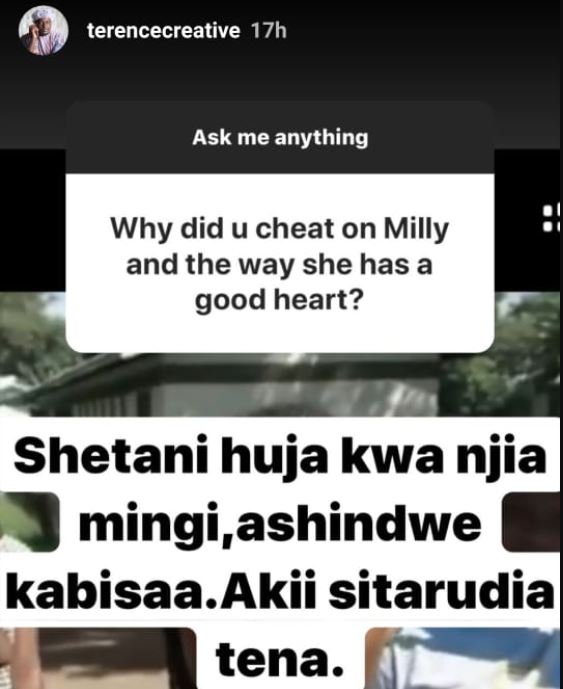 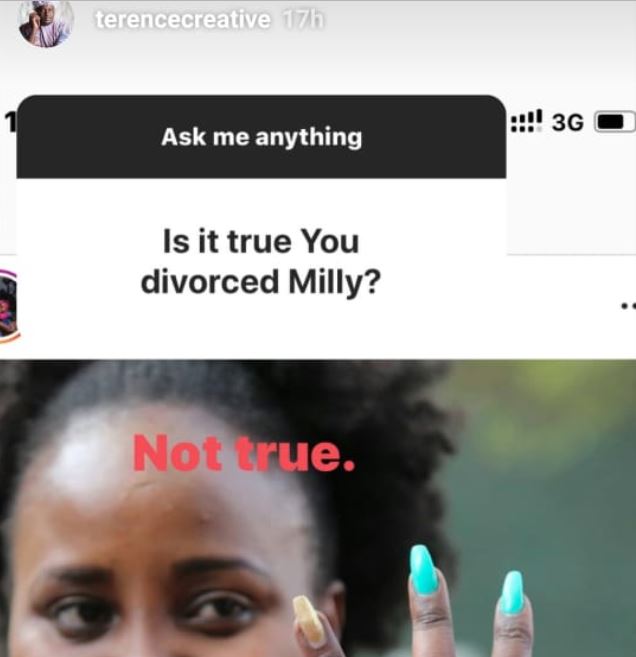