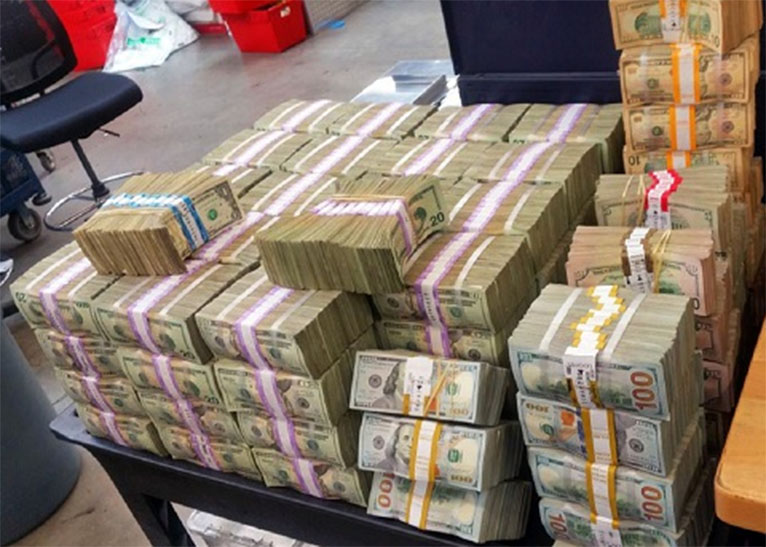 In the wake of a brewing debate as to whether the date of demonetising the old-design Ksh1, 000 notes should be brought forward, a section of Kenyans believes that the corrupt members of the society, who are hoarding cash in their homes, would easily convert the old Ksh1, 000 notes into foreign currency, most notably the US dollar, and overcome an anti-graft and anti-money laundering  trap set by the government.

Even as that option remains quite viable, the big question, however, is: how much of US currency is in circulation?

According to the Federal Reserve of the USA, there was approximately $1.70 trillion (Ksh172 trillion) in circulation — globally— as of January 31, 2019.

Even as converting the hoarded cash into foreign currency remains an option to moot, Central Bank of Kenya Governor Dr Patrick Njoroge said Monday that he will hold talks with managers of foreign exchange bureaus and money remittance providers to put in place controls to prevent illicit financial flows.

Dr Njoroge further pointed out he will communicate with other Central Bank bosses across the region for collaboration in the fight against financial crimes in Kenya.

“I have just spoken to the CEOs and CFOs of commercial banks and micro-finances… I will talk with foreign exchange bureaus and money remittance providers to make sure all this is dealt with,” said the CBK chief.

On Madaraka Day, the Kenyan Government announced that October 1 will be the last day when the old-design a Ksh1, 000 note will be used as legal tender, urging those in possession of the currency to trade them in for new notes at any nearby commercial bank.

Persons who have between Ksh1 million and Ksh5 million in cash, can exchange the monies at any recognized local bank, of course, not before explaining where they got the money from.

Holders of more than Ksh5 million in cash have been asked to take the money to the CBK, where they would explain its source before it gets channeled into the accounts of the respective holders.