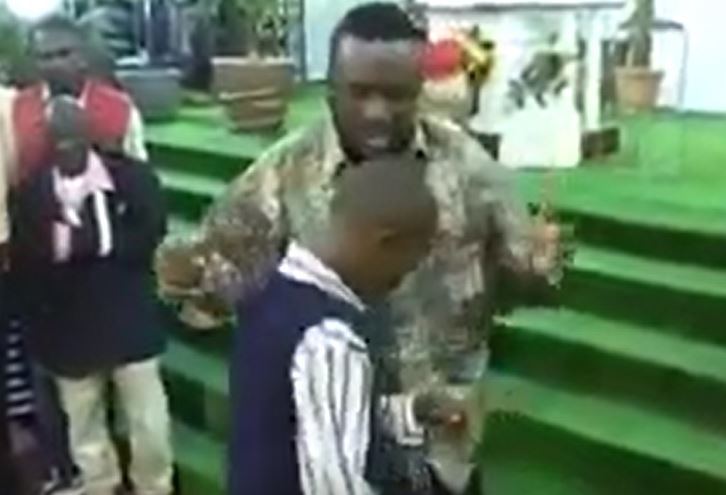 The controversial preacher has evoked public uproar after he was, in a now viral albeit undated video, seen seemingly physically hitting his church members.

EDAILY is however unable to clarify whether Nga’ng’a’s actions in the video – which was livestreamed by SasaTV – can be classified as assault or if it is just the church’s form of worshiping and denouncing demons.

Male congregants from Neno Evangelism last month demanded an apology from Pastor Ng’ang’a accusing him of ‘knowingly using abusive and demeaning words’ to refer to them.

“That on various dates well within your knowledge without lawful excuse and in a public place or at a public gathering you used threatening, abusive or insulting words or behaviour with intent to provoke a breach of the peace or whereby a breach of the peace would have been occasioned and more particularly by using signs and language demeaning and/or derogatory of our clients’ sexual organs i.e. by equating the said organs to the index finger and/or referring to them as “kakitu” and “tuvitu” (which are well known Swahili adjectives, albeit colloquial, often employed to describe items smaller than an average-sized item of the same class),” read the demand letter in part.

They further accused him of using obscene and insulting language and more particularly by referring to them as “ng’ombe wewe” and “ng’ombe hizi” which according to them are notorious Swahili derivatives for a foolish person.

The congregants also alleged that, within his knowledge in the presence of media and women folk, he created disturbance in the church by threatening to disable the members’ ability to engage in coitus by use of undisclosed powers.