BY MARTIN MWENDA FOR EDAILY.

The ban on plastic bags by NEMA elicited a myriad reactions from Kenyans, given the use of plastic bags had become an inherent part of their daily lives.

While others chose to whine and berate the move, a high school girl who hails from Meru, Hildah Cacheri Bundi, has fallen right in stride with the commencement of the ban.

Hildah, a Form Three student at Materi Girls’ High School resorted to using bags made from banana barks to carry her stuff from the supermarket.

She says that alternative reusable bags went for about Ksh200, which according to her is exorbitant.

Hildah thus resorted to nature to provide her means for carrying her stuff once she was done shopping for school.

Hildah learnt the bag-making skill from her late grandfather. She says that to make the bag, one has to use barks of a particular banana tree species. The leaves are soaked for a few minutes before being woven and tied up into a fine bag.

She would spend the better part of her morning making the bag then heading out to shop before catching a matatu to school.

Deciding to carry a banana-bark bag around town did not come easy for Hildah though. Her stunt was met with stunned stares, while other openly laughed at her move. Some women that she came across on her way to the supermarket, thought she was a witch and threatened to burn the bag.

Yet the persecution and open aversion to things natural in a civilised world did not stop. If Hildah was going to take people back to the old days of carrying such bags, she was in it alone. The supermarket attendants refused to pack her shopping; they just won’t touch the bag with a ten-foot pole.

Then came the boys from Nkubu High School, they made fun of the rare spectacle of a young high school girl carrying a banana-bark bag, in an age where all that matters for most young people is looking cool. Yet, this did not shake the young environmentalist’s resolve.

Her mother, Lydia Bundi, says that she was happy with the ban, and that Hildah gets upset every time she finds plastic bags on their farm. Ms Bundi had been shocked to learn that he daughter’s photo was trending, but she was least surprised that Hildah had carried the banana bark bag to school. Hildah was an environmentalist at work and had planted many trees on their farm.

Winnie Ntinyari, a Third Year student at Chuka University pursuing a Bachelor’s degree in Agricultural Education and Extension, who took the photo while the girl did her shopping at the supermarket, said she was pleased to see the young environment-passionate girl.

“When I posted the photo on Facebook, it got many comments and likes. Some advised that the girl can be our Environment Ambassador for using the eco-friendly improvised bag” said Ntinyari. 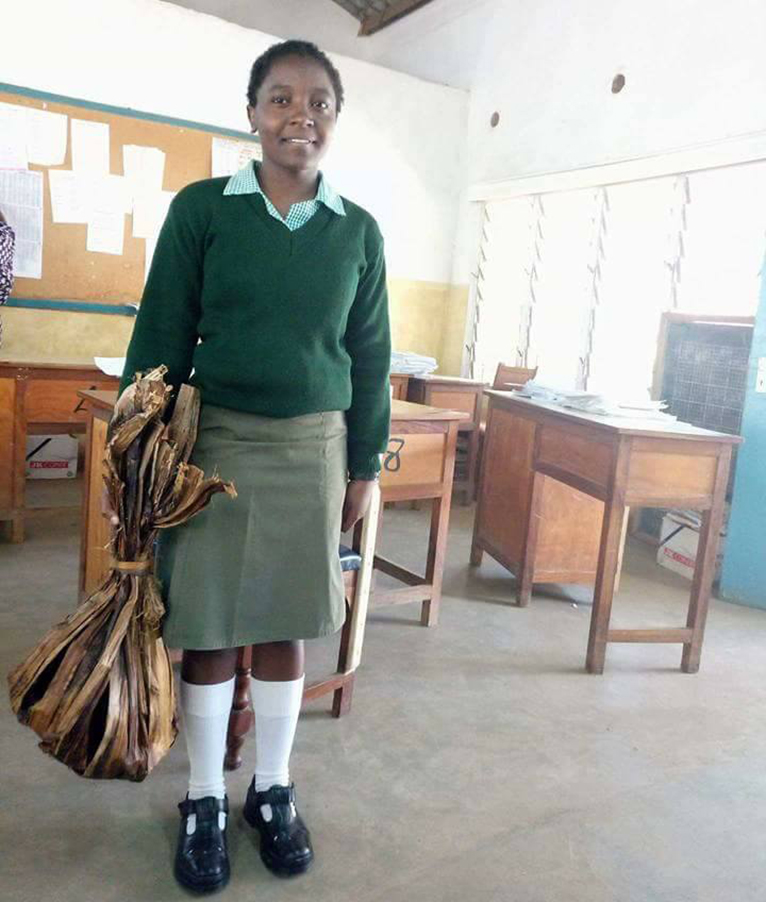 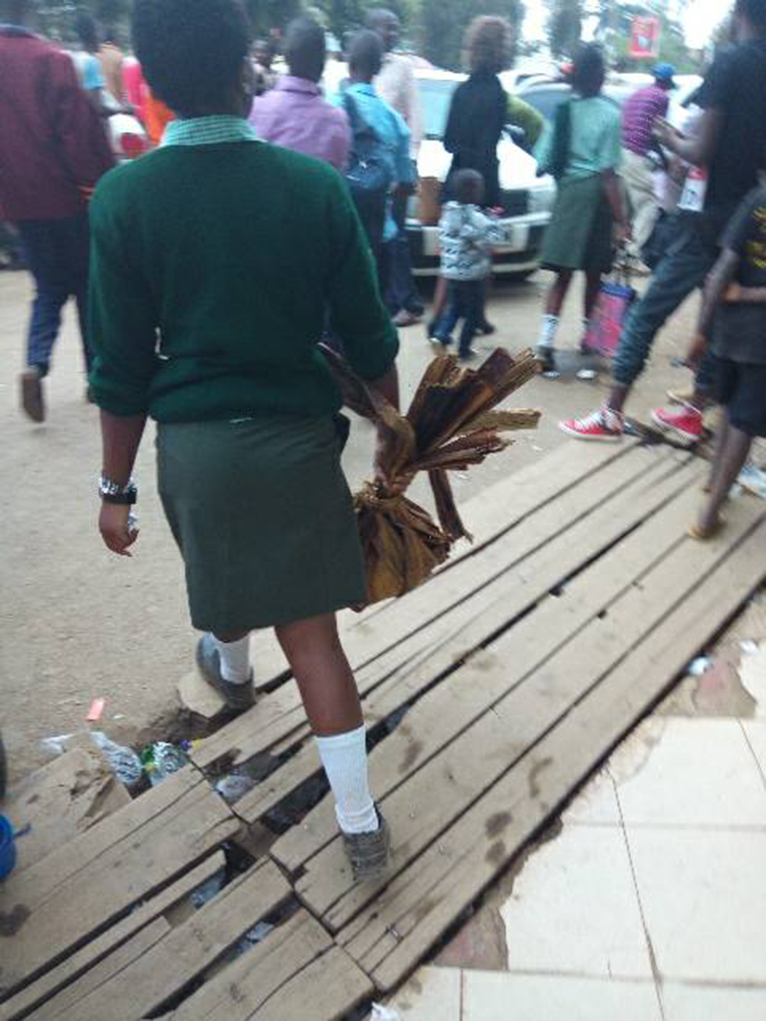 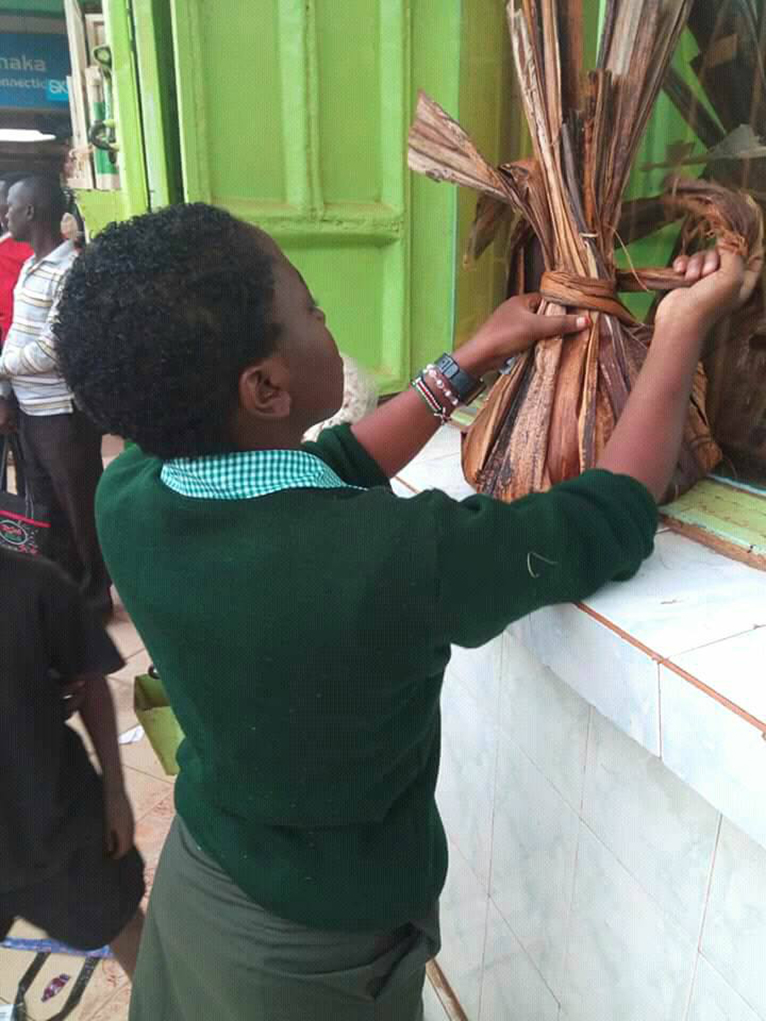 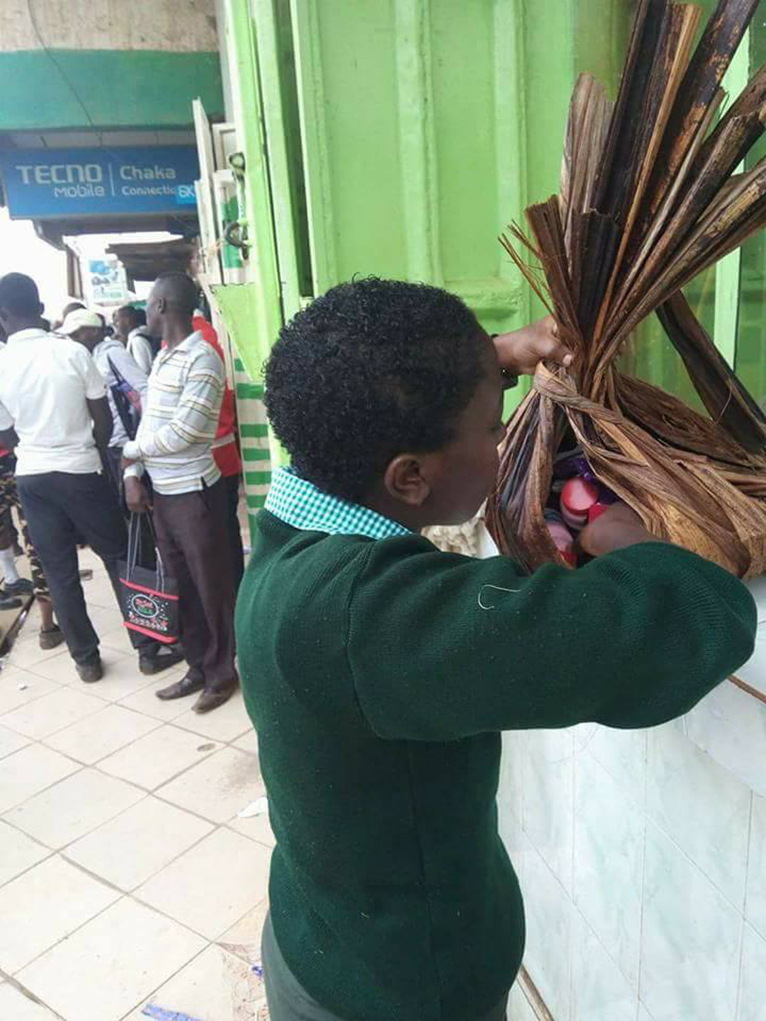 Strange eco-friendly bag causes girl to be treated as an outcast: PHOTOS