Past and present Barcelona team mates Carles Puyol, Javier Mascherano, Neymar and Luis Suarez were all there, as was Gerard Pique and his pop star wife Shakira. 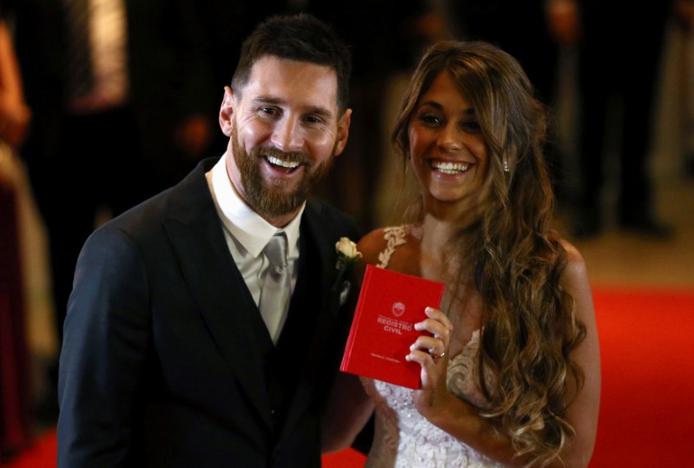 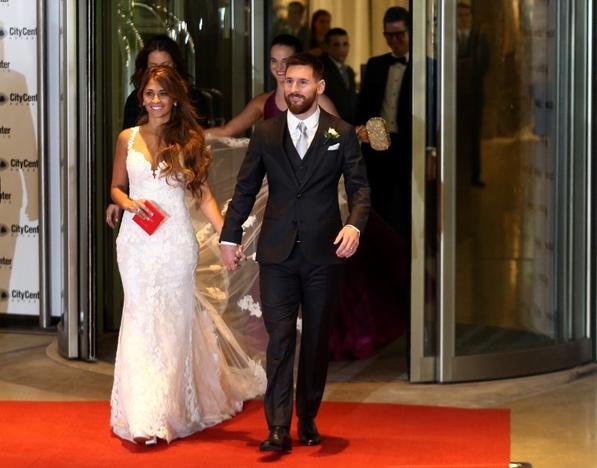 An extra 350 police were drafted in to provide security for the event, which took place in Rosario, the city where Messi grew up before heading to Barcelona, where he has spent a playing career that has included winning FIFA’s World Player of the Year trophy five times. 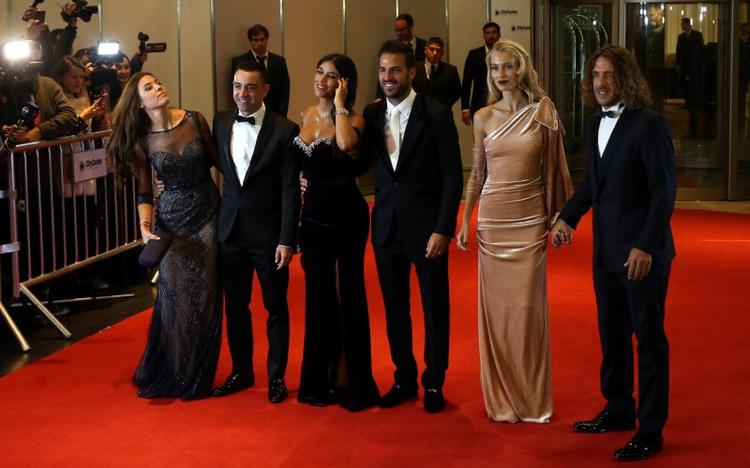 The city is in the heart of Argentina’s breadbasket but drug trafficking in the region has grown in recent years and the homicide rate has soared.

Messi met Roccuzzo, who is also from Rosario, when they were growing up. The couple has two children, Thiago, 4, and Mateo, 21 months.