Chiku died Saturday night (June 17) while giving birth at Amana Hospital in Dar es Salaam, Tanzania. Sadly, her baby too did not make it.

Mzee Yusuf has been quoted by a Tanzanian media outlet, saying he took his wife to hospital around 4pm Saturday to give birth, but sadly the surgical delivery of the infant was unsuccessful. 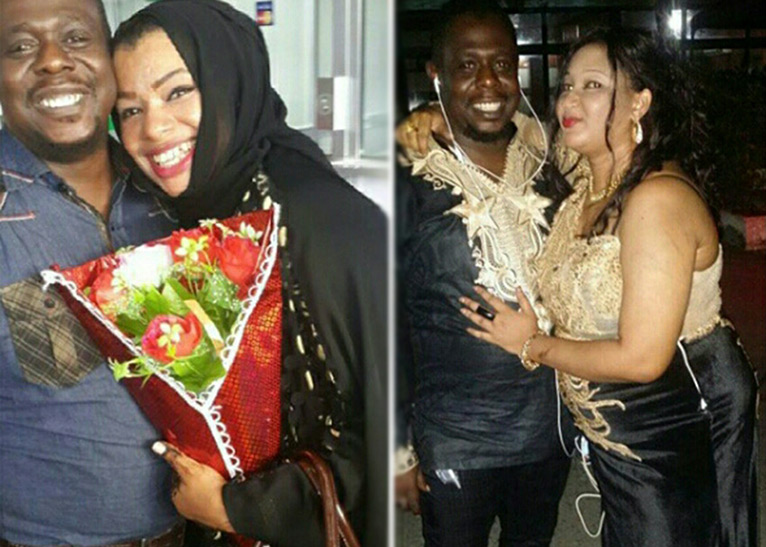 Last year April, Mzee Yusuf took to a media platform to say the hostility between his two wives “was driving him crazy”.

The Jahazi Modern Taarabu band boss speaking, then, on Clouds Television’s Sporah Show, said he was going through a difficult time trying to unite his wives, Leila Rashid and Chiku.

“I am finding it very difficult handling them; their fall out is driving me crazy!” said Mzee Yusuf.

The root of the problem, according to the acclaimed singer, was notoriety.

“I am praying they make peace today or tomorrow. The main problem is actually the people around them. I have told my wives severally that I demand peace from them. Stardom has gotten into their heads. They should know that I am more popular than them,” said Mzee Yusuf.

On January 5, 2016, Mzee Yusuf said he did not celebrate his birthday because his two wives engaged in a bitter exchange of words on social media.

Yusuf said he wasn’t pleased with his wives’ actions and threatened to take drastic measures if the two did not iron out their differences.

“I do not have a single shred of joy following what happened on my birthday. I am deeply saddened,” he vented.

“What they are doing is not good, especially in the public eye. I usually talk to them. I don’t know how they perceive me; perhaps they are oblivious to the fact that I am their husband. They don’t respect me, especially the one who is always ready for war,” he added.

His wives’ constant warring made Mzee Yusuf a sad man.

“Personally, I am sad. I usually urge them to respect their followers on Instagram. My pleas, nonetheless, fall on deaf ears as one of my wives enjoys engaging the audience in an exchange of words. One day I will do something dire and let none of them blame me,” said Yusuf.

After the January fallout, a source intimated to Citizen Digital that Chiku, the younger wife of Mzee Yusuf, was over-protective of her husband.