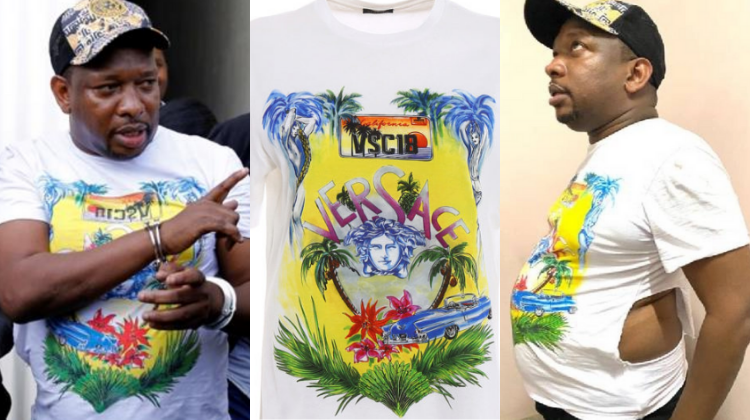 Nairobi Governor Mike Sonko is a man of immense wealth; and he has never shied away from showing it, especially in his dressing.

The county boss’ love for Italian fashion powerhouse Versace products has been evident in most of his last public appearances; the vocal politician almost always steps out in Versace shoes, Versace t-shirts, Versace jackets, Versace belts, Versace this, Versace that…you get it.

Hell, he was recently criticized on social media after he splashed photos of his gold-encrusted Versace-inspired dining room table and seats, in what was most probably the highest show of opulence by a public leader in recent time.

Sonko, who has been under siege for the past couple of weeks, was on Friday arrested in Voi during a dramatic scuffle with police officers that saw him even let out a light scream.

What many Kenyans did not notice, however, was the t-shirt Sonko was wearing at the time of the incident.

A closer scrutiny and a deeper dive on the internet by EDAILY has revealed that the t-shirt is a tropical logo print T-shirt with a cotton crew neck.

According to global fashion store ikrix, the t-shirt goes for $531…which, going by the current exchange rates, translates to a whopping Ksh.53,901.

Interesting to note, also, is that – according to the fashion store – the t-shirt was designed for the female gender. 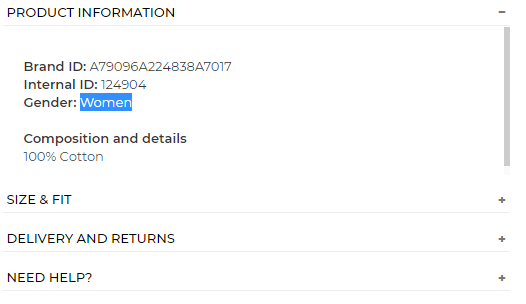 A few keen-eyed Kenyans On Twitter (KOT) have also since done their investigations and established the cost of the t-shirt, leading to mixed feelings online.

Kumbe this mtumba-like tee is a Versace…

Lesson: You can buy the latest fashion but still have bure style! pic.twitter.com/73det8OoYw