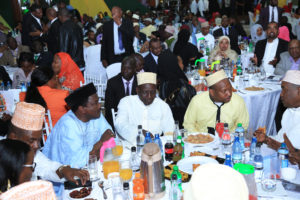 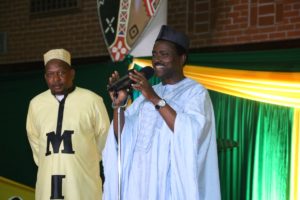 Taking to Twitter, Sonko said, “It indeed gives me great pleasure and honour to host the Grand Iftar for our Muslim brothers and sisters, and to celebrate our county’s unity in diversity.”

“The contribution by the Muslim community to this County and our Country at large cannot be disputed. For this reason, my government is proud to be associated with it.”

During the dinner, Governor Sonko announced that the county would set up games for children at Uhuru Park as a means of celebrating Idd-ul-Fitr.

He further added that, for the period he is in office, the county government would do this annually and permit free entrance for three days.

The grand dinner was, however, not well-received by one member from the Muslim community; Senior Counsel, Ahmednassir Abdullahi.

The Grand Mullah, as he is commonly known, questioned the legitimacy of the funds used to host the Iftar dinner.

A curious Kenyan posed a question to the controversial lawyer on Twitter asking, “Are you attending the grand iftar by Nairobi Governor, Mike Sonko?

Ahmednassir’s response was: “Before you go for such iftar you have to satisfy yourself that the source of the money is halal (lawful)…can you?”