A single tweet from the United States International University (USIU) Africa brought to an unceremonious end a woman’s mission seeking to help a security guard, whom she claims “went beyond his duty requirements to help her”, when she was stranded on Mfangano Street in Nairobi early December, 2017.

The lady, Natalie Mukundane, wrote on Twitter that the security guard communicated to her in “impeccable” English, and had “good manners” during their interaction.

She tweeted on Wednesday, December 13: “Lost and confused on Mfagano street last week, I came across a security guard who went above and beyond to help me. What struck me was his impeccable English and manners! Turns out he is a B student + graduate but life’s been unkind. Anyone with a job for him please DM  #KOT.”

Because the tweet received over 600 retweets, well-wishers took to Ms Mukundane’s timeline to suggest or give job offers to the said watchman, Paul Wafula.

Ms Mukundane further updated her Twitter followers that a lady, identified as Stacey, had offered to employ Wafula.

“Oh my God! A lady texted saying she called the security guard to her office, and was impressed by his personality, intellect and passion for marketing and he starts work next month with more decent pay and growth opportunities! I am speechless… Your retweets did this,” tweeted Ms Mukundane.

USIU Africa, via its Twitter handle, would deny that the said Paul Wafula graduated from the university with a Bachelor’s Degree in International Relations, despite the alleged security guard producing what looked like a degree certificate having USIU as the university in which he pursued his higher education. According to Ms Mukundane, Wafula graduated from USIU in 2011.

“Paul wasn’t and isn’t a student at USIU-Africa,” tweeted the varsity via its official handle.

Ms Mukundane replied: “I don’t know, but I did my part. I am sure there must be some sort of misunderstanding. He insists he will visit the university to sort things out.” 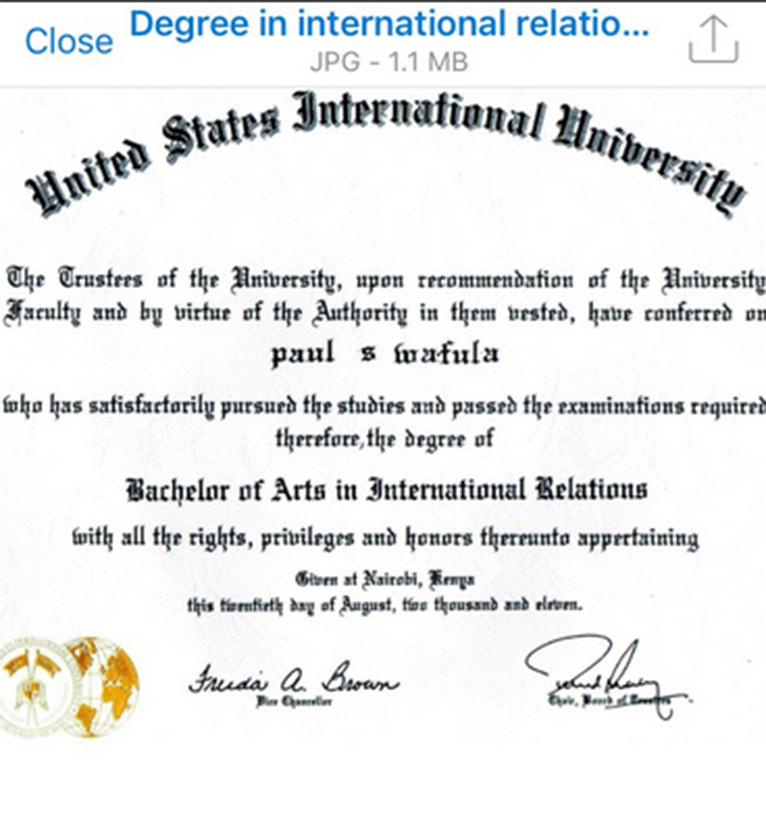 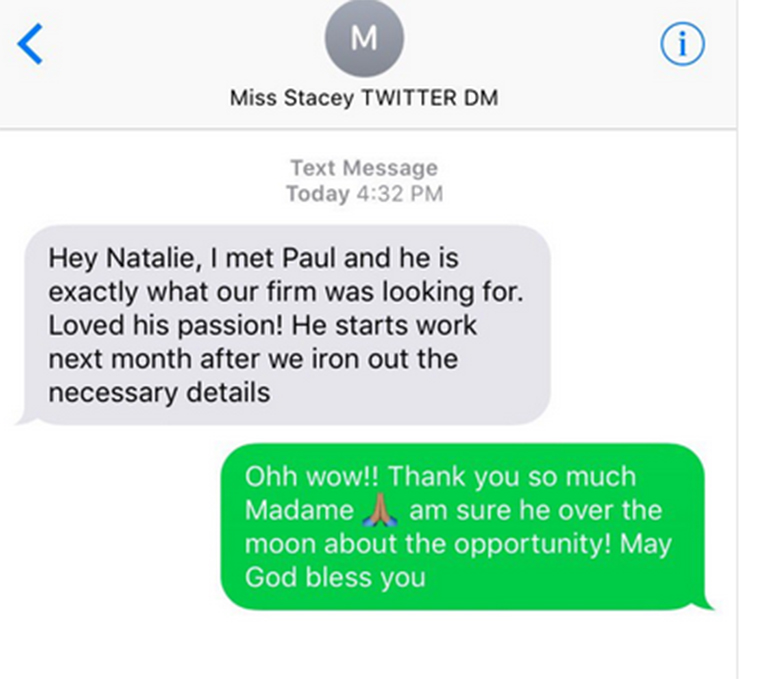 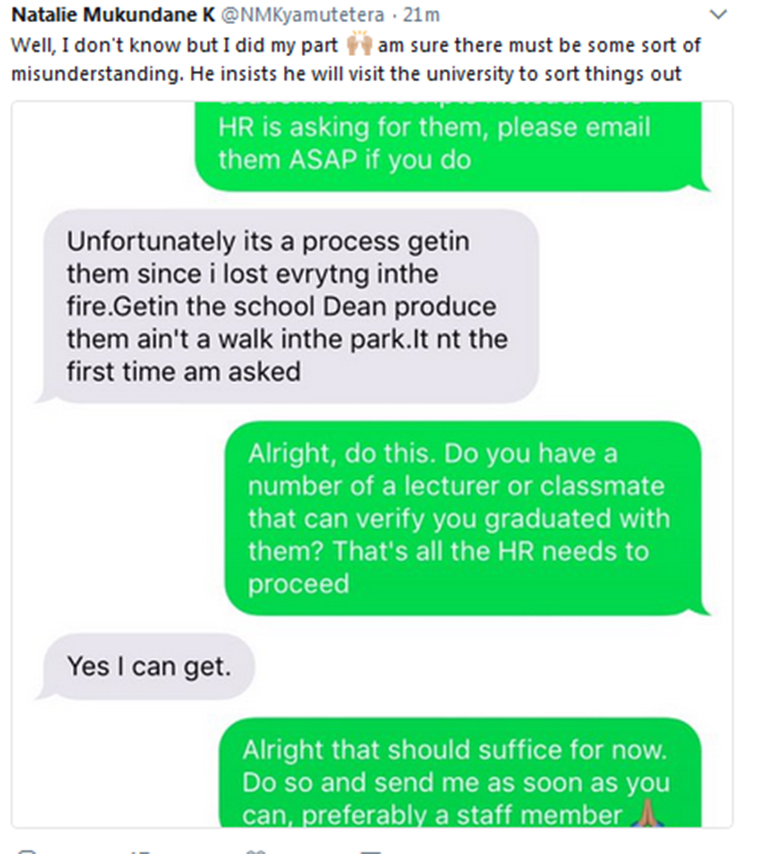