He and his lover shared wedding-like photos on social media that attracted a smattering of congratulatory messages.

A closer look at the photos showed the two with wedding-like rings on their wedding rings.

Interestingly, the wedding seemed to have attracted no crowd or family or even friends of the couple.

At the photo-shoot Ashley donned a flowing, white gown while Masai wore a white matching outfit with subtle ankara detail. 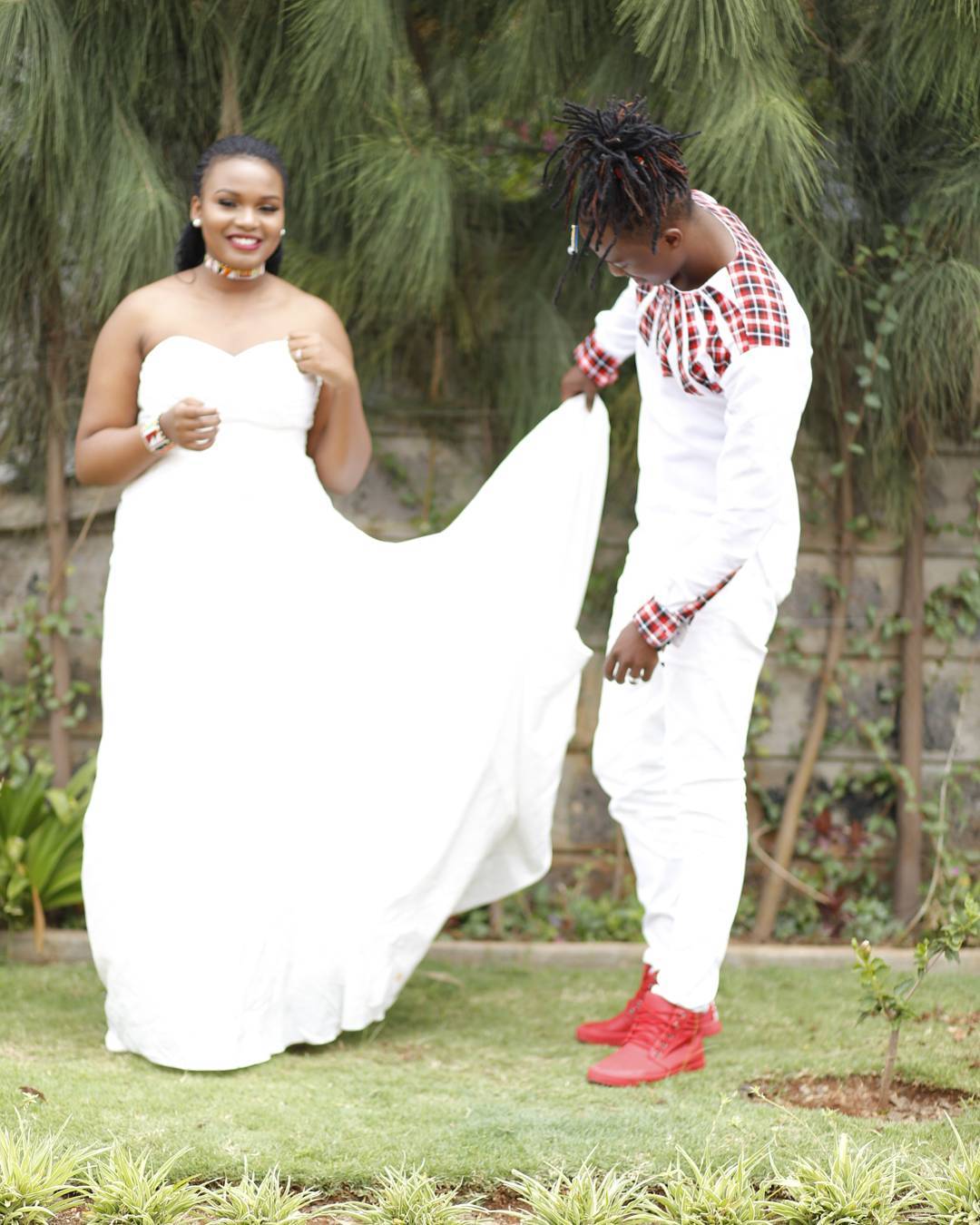 The singer,  on phone interview with eDaily neither admitted nor denied the rumours of the supposed wedding:

” I don’t want to discuss details of my private life with the media, but this Friday, everyone will know, “ Ljay told this publication.

His refusal to call it a spade confirmed what we knew; it was another fake nuptial aimed at hyping a new song release. 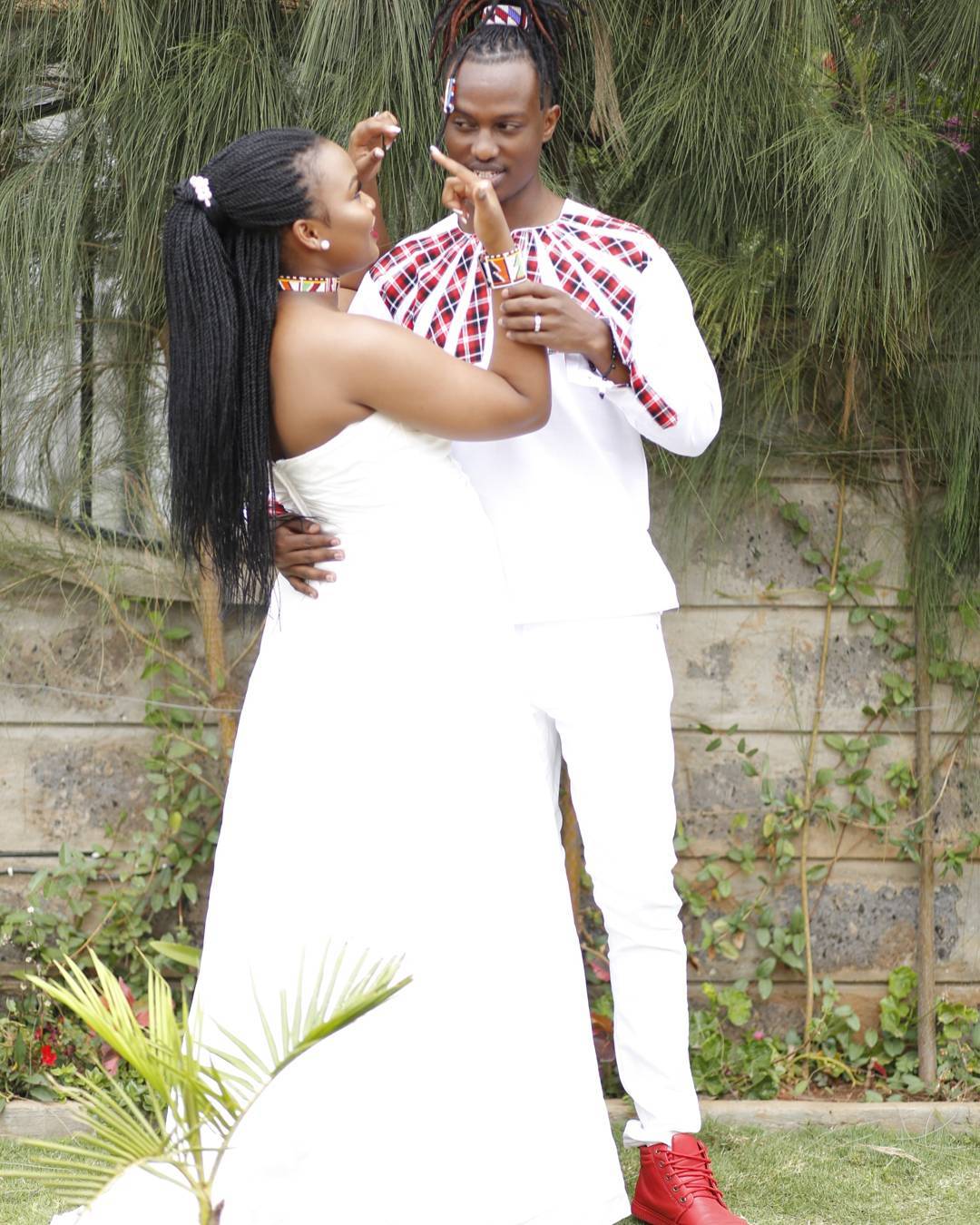 The photoshoot appeared to have been a complete mock wedding. They even had wedding rings. Photo: IG/LjayMaasai

A while back, singer Bahati made headlines after faking a wedding with his now lover, Diana Marua.

He was following in the footsteps of Willy Paul who had done a mock wedding with Jamaica’s Alaine in his chart-topping hit ‘I do’.

And before Willy Paul, there was singer Akothee and a fake wedding to her mzungu lover in South Africa.